LEAVING UVIP. Jovalyn Alcantara's video thumbnail for her vlog about leaving the United Vloggers and Influencers of the Philippines. 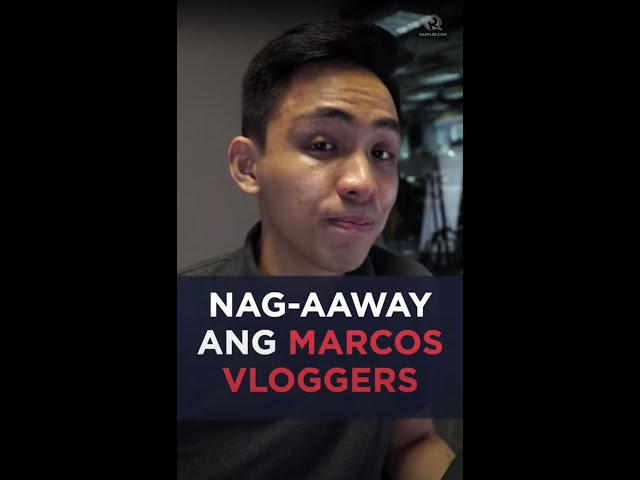 MANILA, Philippines – On June 10, Jovalyn Alcantara sat in a corner of her home, turned on the light, then went live on YouTube for three straight hours.

In that corner, she was no longer Jovalyn. She was Mami Peng, the Marcos loyalist who spoke to her phone hours at a time to give a rundown of the news from the view of a fierce supporter of the Marcoses. Alcantara has become quite skilled at it that she managed to amass a following of 6,000 subscribers.

That day, Alcantara’s vlog opened with a roll of vintage clips of the Marcoses transitioning to the tune of the old rendition of “Bagong Lipunan.” After the opening, a grinning Alcantara appeared, a crimson bob in a blue jacket with “BBM” stitched to her left chest. She had good news.

She was now part of a group of vloggers who will cover the President, Ferdinand Marcos Jr. Her video’s title was the first giveaway: “Tara na sa Malacañang!!!! (Let’s go to Malacañang!!!!)”

She introduced the United Vloggers and Influencers of the Philippines (UVIP), the group that pro-Marcos vloggers established to gain accreditation to Malacañang. Alcantara was proud to be part of it (she kept saying she was among its first batch of members), and she adored its leaders.

(It was so fun and so intense. What’s good with Coach Jarret and the others was that even if we know they were ahead of us, they did not dictate what we should do. All of us in the seminar shared what we felt and thought.)

The group was led by Coach Jarret, a pro-Marcos vlogger with over 195,000 subscribers.

She told the story in another vlog on August 18. She said that unlike her fellow UVIP members, she could not bring herself to attack Executive Secretary Vic Rodriguez, something that her leaders were doing.

Mami Peng was not alone.

The exodus and the ongoing internal conflict show how beyond the goal of electing Marcos, propagandists are divided by their own interests and partisan agenda, aligning themselves with the different influential people also bickering under President Marcos.

The squabbles of influencers reflect the squabbles of their “sources” – most of whom are their political allies and patrons who feed them information that they churn out as content for their channels.

At least two former UVIP members, including Mami Peng, are now associated with other vlogging groups who still support Marcos but differ with the UVIP in its coverage of the news.

Rappler learned that two other pro-Marcos vloggers were removed: Pambansang Loyalista, who has 68,700 subscribers; and Karunungan and Kaalaman, who has 23,400 subscribers.

This is a loss of at least 7 members in a group of some 30 vloggers, and according to a source Rappler spoke with, the group is set to lose more.

Rappler sought the comment of Pulido for this story through Facebook Messenger. He acknowledged our message on Wednesday, August 31, but has yet to reply again as of posting.

The group proclaims to be a band of Marcos loyalists whose views are marked by an unquestioning loyalty to Marcos.

Case in point, Alcantara said she left UVIP because she said she refused to attack Executive Secretary Rodriguez, whom UVIP members have criticized over the “slow” processing of appointment papers.

“Are you guys noticing something? The process of installing officials in the government has been very slow,” Jaboya said in his channel, which is followed by more than a million subscribers.

Pulido, meanwhile, said: “Why is it that way, Attorney (Rodriguez)? We’re about to have a SONA and we still have a lot of OICs. That’s only paperwork. That’s only clerical work.”

Alcantara did not want to join the duo.

She recounted Rodriguez being by Marcos’ side even before Marcos became powerful – unlike the UVIP vloggers.

“It’s always attorney Vic who’s with PBBM. We loyalists saw how he fought for Marcos. Those vloggers were not around PBBM while he was fighting,” Alcantara added.

Fighting because of Rodriguez is not new among pro-Marcos vloggers. Well, among their giants, at least. It first started very publicly with the giants: RJ Nieto (Thinking Pinoy) and Claire Eden Contreras (Maharlika).

Nieto was a tandem with former television presenter Anthony Taberna in questioning appointments linked to Rodriguez, while the loyalist Maharlika led the voices of faithful Marcos supporters in defending the executive secretary.

Another vlogger, Micko Aldave, was dismissed from the UVIP after working for the Ituloy ang Pagbabago Movement (IPM), a group that primarily supported Vice President Sara Duterte. While not as divisive as Rodriguez, the support for the former president’s daughter is also a touchy topic among pro-Marcos influencers.

Rappler was told that Aldave invited some UVIP members to IPM events without the approval of Pulido.

How about the others Arnel Agravante of JDB COMMENTS PRO FILIPINO is the biggest and the first vlogger to be removed from UVIP.

One source said Agravante was expelled because he conducted live broadcasts that revealed too much about the group. He was among the first to go live about the formation of UVIP, revealing their 3-day workshop in Cavite.

He was also apparently seen as a threat to the leadership by officers of the UVIP, specifically by its president Jarret Pulido. Agravante, according to a vlogger we interviewed, was posturing himself to be the president of the group and this did not sit well with Pulido and his allies.

Alicia Lipata of Mimaa Alicia, meanwhile, left the group because she could not fulfill obligations for the UVIP. She was based outside Manila and could not commit to schedules of the group, Rappler was told by another source.

Pambansang Loyalista were discontent with the group, so he left. Meanwhile, Bong Jenorvin, and Karunungan and Kaalaman, were removed supposedly after the leadership lost trust in them.

The man who has been calling the shots in removing members, two sources said, has been Pulido, who has assumed the role of president ever since the group’s founding in June without holding any election.

A source said the removals were done “without due process” because their constitution and by-laws have not been shared with the members.

The UVIP created these to seek accreditation from the Securities and Exchange Commission, and then ultimately from Malacañang and other government offices.

Experts earlier warned that the constitution and bylaws would only become formalities for a group of people untrained in insulating themselves from personal and political interests. A source associated with the UVIP now feels the same.

“The constitution and bylaws are just meaningless because it is not being unveiled,” the source said.

With vloggers swayed this early on by political actors, should they still be accredited and given the same access as journalists, given that this was what had motivated them to organize in the first place?

University of the Philippines professor Danilo Arao sees no reason for their accreditation. He explained that the internal debacle only showed the vloggers were “hyper-partisan” and engaged in propaganda for and against the politicians they aligned with.

“They do not have respect for factual and contextual accuracy and they have a convoluted concept of truth – one that only supports the narrative they want to weave,” Arao said.

Arao said the divisions do not come as a surprise as the vloggers reflect only a segmented base that elected equally disagreeing people in the country’s halls of power.

“That there is infighting inside the Palace is evident in the lack of coordination in policies like sugar importation, not to mention the reported forging of appointment papers. This means that there are tensions among the ruling elite right now as they position themselves to further entrench themselves beyond 2028,” Arao said.

He added: “In the short-term, such tensions seek to maximize the 2025 midterm polls so that they can further wield power and influence.”

As of August 31, Malacañang and other government offices have yet to release guidelines for the accreditation of vloggers. 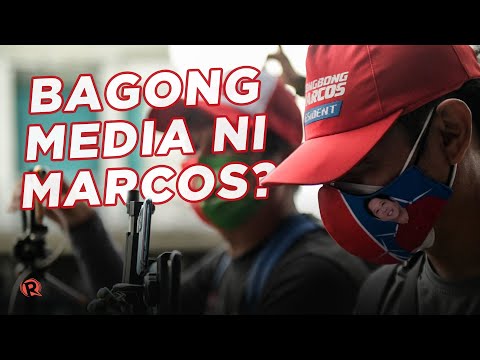