Who is the real Tita Nanie? 3 out of 4 names stricken off the list 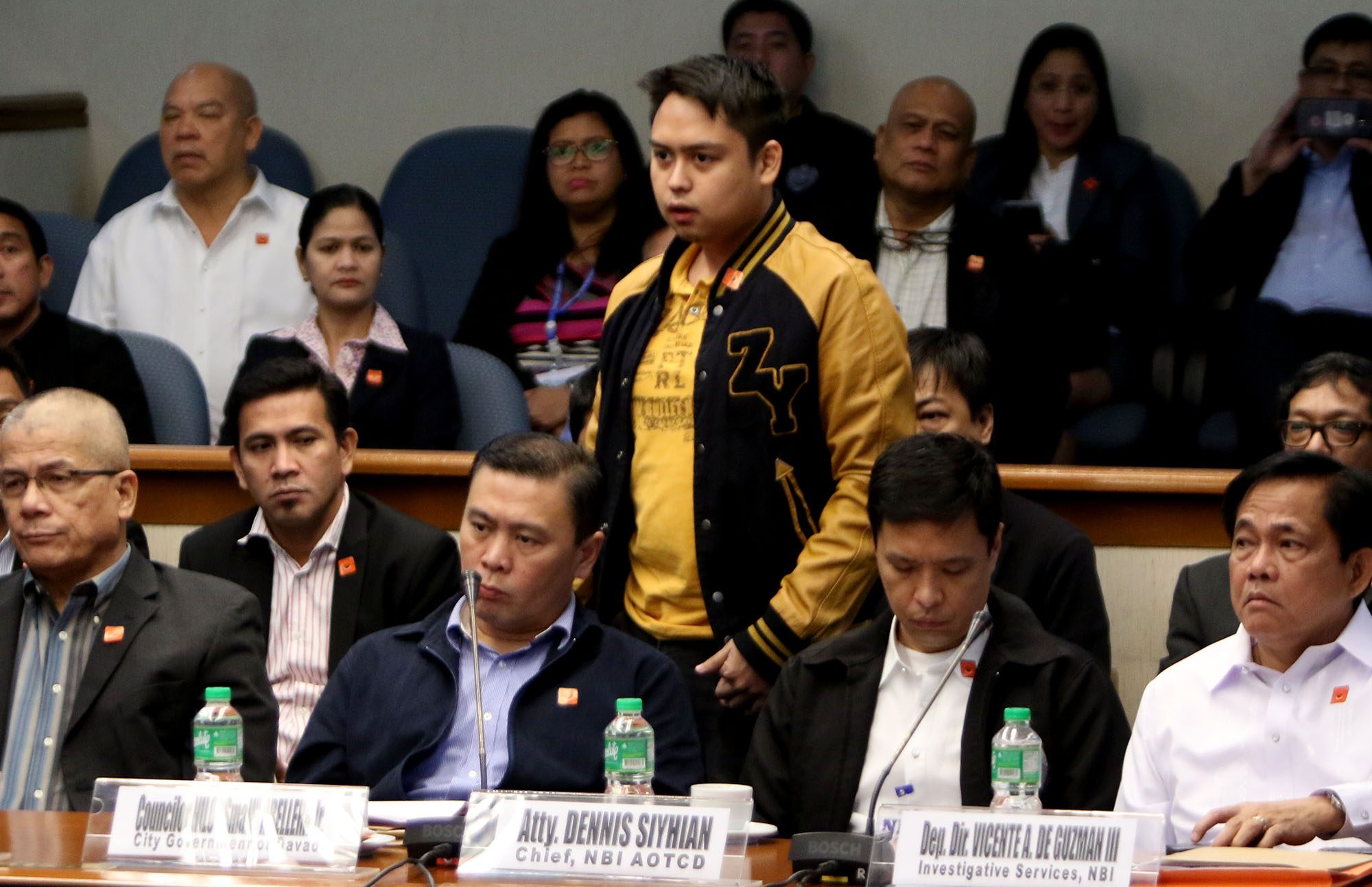 She’s one of the pivotal characters in the ongoing saga on smuggling in the Bureau of Customs. But after 6 Senate blue ribbon committee hearings on the P6.4-billion worth of smuggled shabu from China, the true identity of “Tita Nanie” remains unknown.

Customs broker and “fixer” Mark Ruben Taguba said it was Tita Nanie who introduced him to the so-called Davao Group, which has close ties inside the BOC.

Aside from Tita Nanie, the Davao Group allegedly includes President Rodrigo Duterte’s son and Davao City Vice Mayor Paolo Duterte, his friend and Councilor Nilo “Small” Abellera Jr, and a certain “Jack”, who is said to be the young Duterte’s “handler.”

At least 4 names believed to be Tita Nanie have cropped up in the ongoing probe. But 3 of these have already been stricken off the list.

There’s Nanie Kho, the acting chief of the BOC Auction and Cargo Monitoring Division, who attended the Senate hearing on Tuesday, August 22.

Kho also attended an earlier House ways and means committee hearing on the issue but was immediately cleared by Taguba, who said she was not the Tita Nanie he met and dealt with.

On Thursday, August 31, the Senate panel invited two possible Tita Nanies – Dolores Domingo of the BOC and Lorna Rosario of the BOC Imports and Assessment Service.

But when Senator Antonio Trillanes IV asked Taguba if the real Tita Nanie was in the session hall, Taguba answered no. This prompted Trillanes to remove the names of Domingo and Rosario from the list.

Taguba said he is not sure about her real name. He, however, said he already gave the committee the name of the person who he thinks could be the real Tita Nanie – a certain Nani Cabato.

On Thursday, September 7, Senators Trillanes and Panfilo Lacson gave another 2 names, which could be a variation of “Nani Cabato.”

Lacson asked the National Bureau of Investigation to look for a certain Nimfa Alcantara Cabato. Trillanes, for his part, mentioned a certain Nanie Cabatu Coronacion, who allegedly already met with the Department of Justice last Monday, September 4.

Rappler obtained copies of a series of text messages between Taguba and Tita Nanie. In these messages, it appears the latter is closely tied to the Davao Group. She serves as the group’s coordinator tasked to meet with Taguba several times, and negotiate in behalf of the group.

Tita Nanie also appears to have a pull in the Duterte administration. (READ: Here’s what else was in Taguba’s text messages on Customs)

In a May 9 text message, Taguba sent credentials of a certain Fidel B. Villanueva IV, CESE to Tita Nanie, asking for her help to appoint him in government.

He said about Villanueva: “He is basically family Tita. If we assure him a position we don’t ever have to worry about the future.” He also requested that the post be a “presidential appointment na (that is) permanent.”

Tita Nanie responded, “No problem tell him to prepare the PDS (personal data sheet). Give 2 folders. Make sure he is family.”

Later messages suggested, however, that the push for his appointment was dropped.

The next hearing is set on September 25. It remains to be seen if the seemingly well-connected and powerful Tita Nanie would finally show up, or if the committee would finally be able to reveal her real identity. – Rappler.com