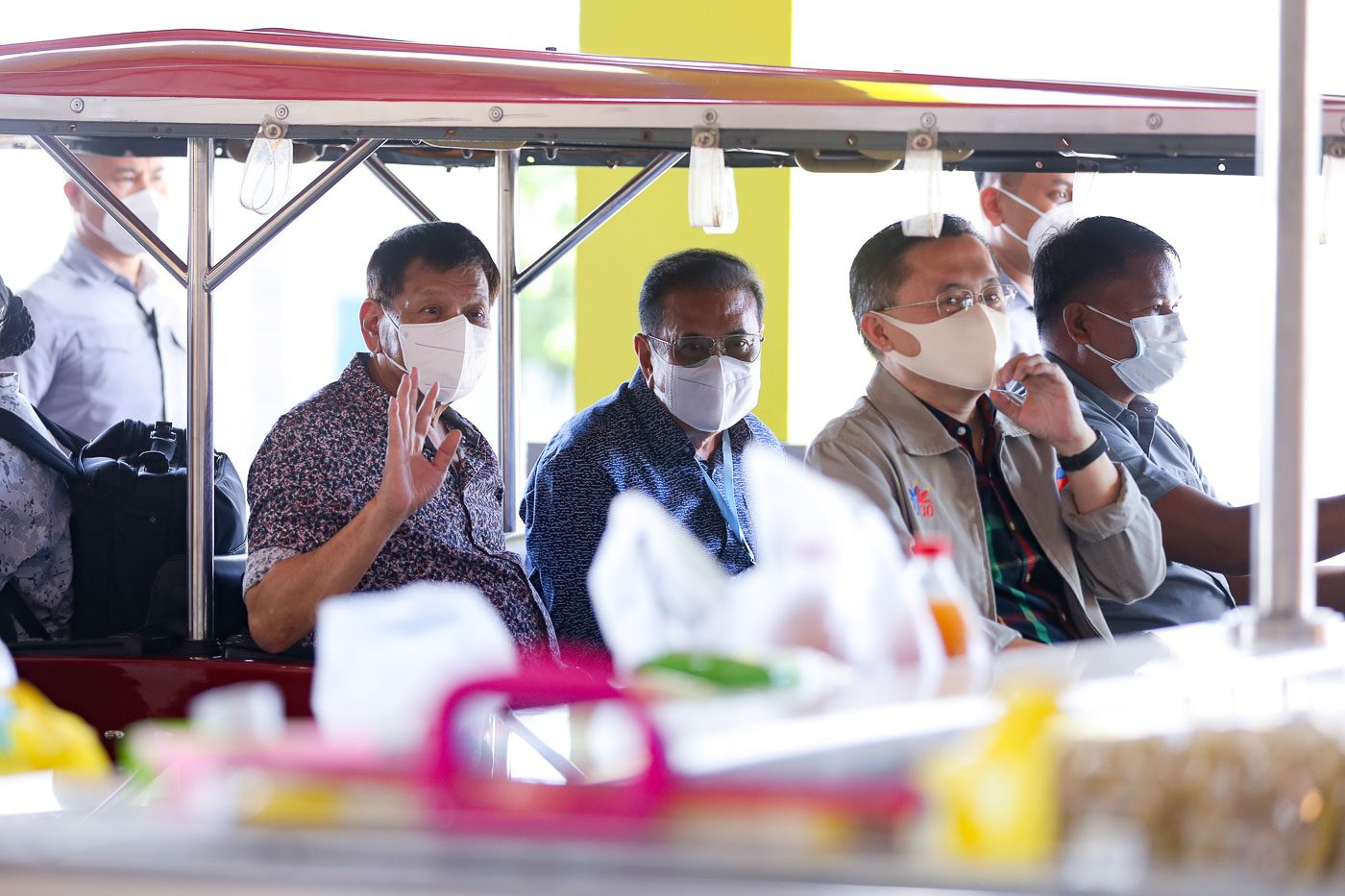 A week after he said he would stay “neutral” and would not likely endorse any presidential candidate, President Rodrigo Duterte – depending on who heard it – seemingly dropped a broad hint of who his favored successor may be.

Without categorically making an endorsement of his own presidential bet, Duterte on Friday, March 4, teased an Ilocano crowd in Narvacan town, Ilocos Sur, that they may choose an “Ilocano leader” to succeed him.

He made the statement while talking about the Ilocano members of his Cabinet, among them Ilocos Sur native Agriculture Secretary William Dar who was at the event, as well as Labor Secretary Silvestre Bello III, who hails from Isabela.

“Kaya ibigay ko na lang ito, isang buwan aalis na ako sa Malacañang, mamili na kayo kung sinong Ilocano na lider ilagay ninyo doon (So I might as well give this away, in a month I’ll leave Malacañang, choose your Ilocano leader to place there),” he said at the opening of the Narvacan Farmer’s Market.

Duterte did not name anyone but the only Ilocano among the presidential candidates is Ferdinand “Bongbong” Marcos Jr. who is running alongside his daughter, Davao City Mayor Sara Duterte.

One wonders whether Duterte was just playing to the crowd and whether he would do the same elsewhere – tell Mindanaoans to vote for a Mindanaoan president, Caviteños to vote for a Cavite resident, or Bicolanos to support their own.

After all, Marcos Jr. was at the receiving end of his tirades, describing him as “spoiled” and a “weak leader” after his daughter Sara decided to run as a vice presidential candidate despite leading in surveys on potential presidential bets. The Marcoses had supported Duterte’s presidential campaign in 2016.

Narvacan Mayor Luis “Chavit” Singson, a close ally of Marcos, told reporters that he invited Duterte to the event but not to endorse the presidential bet. “Hindi ‘yun ang agenda namin (That’s not our agenda),” Singson said.

In his speech, Duterte claimed he was clueless as to why Singson invited him to keynote the opening of the market, but he went, anyway. With him at the event was the ex-standard bearer of the PDP-Laban Cusi wing, Senator Bong Go.

‘Horsing around’ – for now?

A few days later, Malacañang said that Duterte was just “horsing around” when he made the statement in Narvacan.

Acting Presidential Spokesperson Martin Andanar said in a news briefing on Tuesday, March 8, “Kung ano man iyong sinabi ni Presidente sa (Whatever the President said in) Ilocos, you know the President, he likes to play with words and he loves to horse around.”

Andanar reiterated, however, that Duterte himself had said that he “may or he may not” make an endorsement, though the President has yet to indicate who this candidate may be.

Duterte’s faction of PDP-Laban, which has no official presidential candidate, said that the President will start campaigning for their bets on March 25. Let’s see what happens then. – Rappler.com

John Michael Mugas is a Luzon-based journalist and an awardee of the Aries Rufo Fellowship.