How did the Philippines celebrate June 12 under Marcos’ Martial Law? 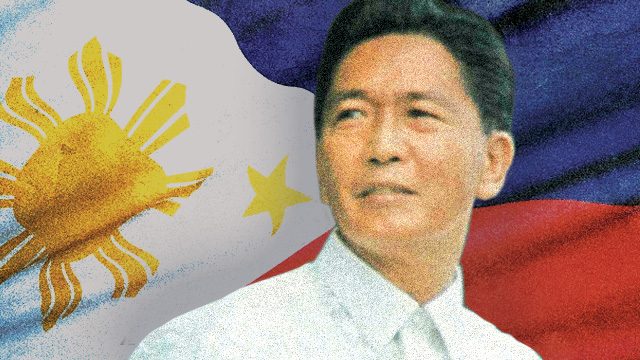 Under the regime of the late dictator Ferdinand Marcos, the Philippines celebrated its Independence Day under martial law.

For two and a half years during President Rodrigo Duterte’s term, the country observed the holiday with a portion of it – Mindanao – under military rule. On May 2017, Duterte declared martial law in the Philippines’ southern island following the attack of local terrorists in Marawi City.

If one can recall history lessons, it was former president Diosdado Macapagal who made the decision to move the Philippines’ Independence Day to June 12 instead of July 4. (READ: Why celebrate Philippine independence on June 12?)

According to Primitivo Mijares’ “The Conjugal Dictatorship,” Ferdinand Marcos was a senator during the Macapagal administration and was also one of the biggest supporters of this decision to move the date of Philippine independence. Marcos continued to uphold the June 12 independence date even as he declared Martial Law in September 1972.

After Marcos declared Martial Law in September 1972, he commemorated the Philippines’ Independence Day with presidential speeches, along with the usual ceremonies done during this public holiday.

Such commemorations were usually held in Manila, along with the ceremonial flag-raising ceremony and a parade. Philippine flags were also hoisted during official ceremonies in historically significant places in the country.

In 1980, the year before Martial Law was lifted, Marcos delivered an Independence Day speech at the Quirino Grandstand in Manila.

At 8 am, Marcos and his first lady hoisted the Philippine flag at Rizal Park, while other Philippine flags were raised at the Aguinaldo Shrine in Cavite, Fort Bonifacio, and at the Bonifacio Monument in Quezon City.

Marcos, in his speeches, also defended the implementation of the “emergency government” of Martial Law, saying that it was needed in order to ultimately preserve the country’s democracy and maintain stability.

In his 1981 speech during the Independence Day Reception, Marcos said:

“We have lived through nearly a decade of emergency government in our country, during which we not only sought to ensure the survival of our Republic, but also to effect the fundamental restructuring of our society. When we took the fateful course of constitutional authoritarianism, we did not forget that we were the First Republic to rise in Asia, and that the vision of our fathers was to found a thriving and living democracy upon our land.”

In his 1977 and 1979 speeches, Marcos also repeatedly mentioned the “Isang Bansa, Isang Diwa” (“One Nation, One Soul”) theme, stressing the need for discipline and unity at a time when the country was said to be in great turmoil.

In a mix of English and Filipino, Marcos added: “We didn’t have the strength and the will to eradicate injustice, oppression and corruption, o igupo ang mga kaaway ng Republika, confront the enemies of our Republic. Ngunit sa taong ito ay natamo natin ang lahat ng ito. We have achieved all of these this year. This is our true independence.”

In 1973 and in the years that followed, Marcos would consistently deliver speeches during Independence Day celebrations. His speeches were charged with nationalistic sentiments that were used to justify the political context at the time.

During those days, celebrating Independence Day meant celebrating the kind of independence Marcos constantly emphasized in his speeches – that the nation that was truly free was one that transcended its own setbacks.

Perhaps the irony in this was the context in which this independence was celebrated. Given that it was a country under a dictatorship, it was not truly free.

Although Marcos did celebrate Independence Day and commemorate it even during the Martial Law years, he also used this public holiday as a way of justifying his strongman rule in the name of upholding a strong republic. – Ishbelle Bongato / Rappler.com