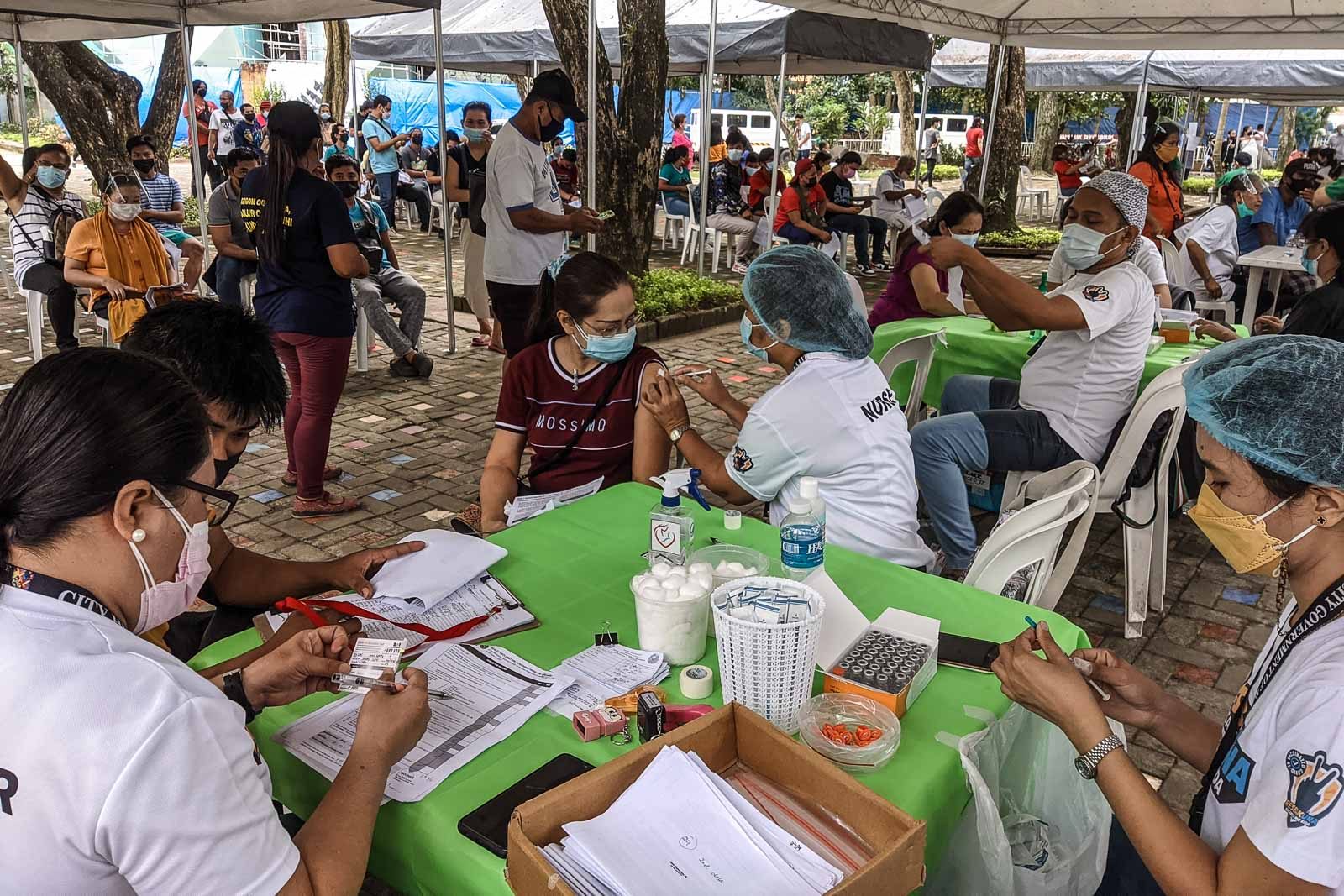 PROTECTION. Davao City residents show up at the launch of the 3-day national vaccination program against COVID-19 at the People's Park in Davao City on November 29, 2021.

Facebook Twitter Copy URL
Copied
This week of December 13, 2021, we break down everything we know so far about Omicron and what it means for the Philippines

The Philippines reported its lowest daily tally of infections in nearly 19 months, after the health department announced 235 new cases on Tuesday, December 14. Nationally, the country remains at a minimal risk for COVID-19, while health systems across the country were at low risk in all areas.

Health officials are watching Lapu-Lapu City in the Visayas and General Santos City in Mindanao. Both cities saw positive growth rates in cases in the recent week. Despite this, they were still considered “low-risk.”

In just a few days’ time, we now know a lot more about Omicron. The answers to these three questions will determine how big of a threat the variant is: how transmissible it may be, how deadly it could be, and how well vaccines and prior infection hold up against it.

We’ll tackle what we know about Omicron at this point in this edition of weekly watch:

What this means for the Philippines is that the stakes of vaccination have been raised even further. We know right now that current shots still work against variants, so getting more people covered sooner – especially among the elderly and high-risk groups – could help blunt the impact of Omicron, which is expected to make its way into the country eventually.

We’ll also be on the lookout for how health officials plan to deal with the increased likelihood of breakthrough infections, and how the public might learn to navigate this while waiting for boosters. Experts in the country are currently assessing whether people may become eligible for boosters at least four months after their second shot, earlier than the current six-month timeline.

In the meantime, the health department strongly urged the public to continue masking, observing physical distancing, and minimizing visits to close, crowded, and close-contact settings. No matter the variant, these responses remain effective.

And, finally, the entire country is currently under Alert Level 2 – the second to the most relaxed level of quarantine. One question we’ll ask in the coming weeks is how pandemic officials plan to reopen further – or adjust current restrictions under Alert Level 2 – while the threat of Omicron looms.

What we’re reading around the internet to know more about Omicron: