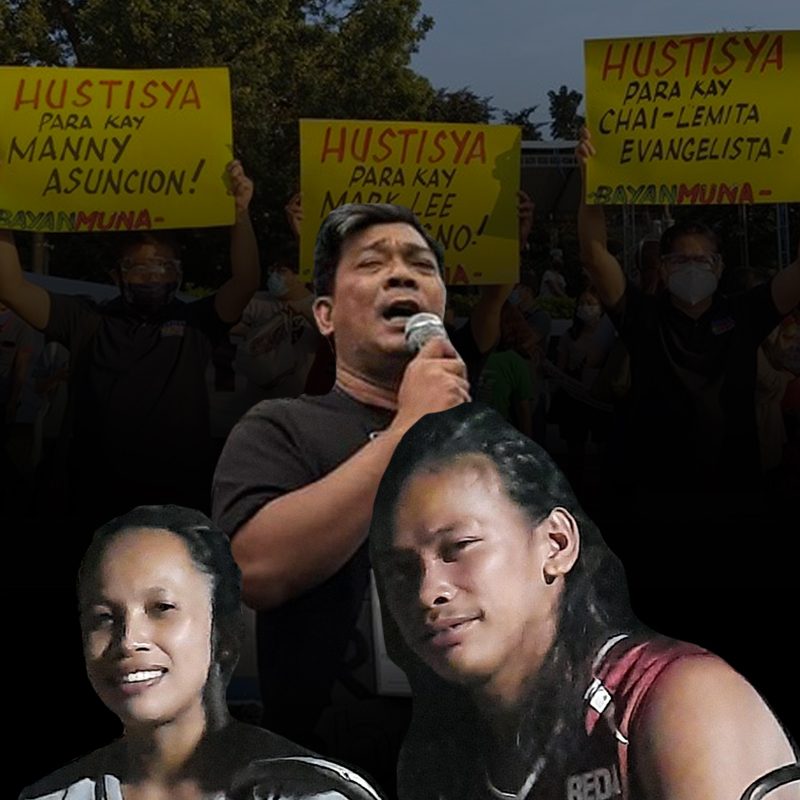 The March 7 “Bloody Sunday” was a big day of loss for activists in the Philippines.

Within hours, the police and military served a total of 24 search warrants in the Calabarzon region, leading to 9 deaths and 6 arrests.

It was one of the deadliest days for activists in recent history, set against the backdrop of the Duterte administration’s crack down on the Communist Party of the Philippines and groups linked to it.

As of Monday afternoon, March 8 – a day after the raids – the police have yet to name the fatalities in their raiding spree, forcing activists to check among their ranks who law enforcers targeted.

Each of them held advocacies that challenged the powers that be, from labor organizing to farmers’ rights to climate justice – all the way to their brutal end.

We tell their stories below.

Emmanuel “Manny” Asuncion was a known labor and multi-sectoral leader in Cavite. He was the coordinator of Bagong Alyansang Makabayan (BAYAN-Cavite) before he was slain at the Workers’ Assistance Center in Dasmariñas by the Calabarzon police.

As the spokesperson of BAYAN-Cavite, Asuncion was in charge of all information related to development aggression or reportage of human rights violations in the province.

“He’s really the role model and my idol activist – very good with propaganda, organizing, and mobilization, that’s why people look forward to hearing him speak during mobilizations – whether in the province of Cavite or in regional activities in Southern Tagalog.”

He was the chairperson of Solidarity of Cavite Workers (SCW) until 2004 and was its spokesperson until 2007. In 2010, he was elected council member of the organization.

He also entered politics after running as a municipal councilor for Rosario, Cavite under the ticket of former mayor Jose “Nonong” Ricafrente.

In 2009, he was the municipal coordinator of Bayan Muna party in Rosario and concurrently served as the vice chairperson of Bagong Alyansang Makabayan (BAYAN) in Cavite.

As a former Bayan Muna leader, Asuncion was one of the 72 activists charged with murder and frustrated murder in Mindoro in 2007. They were collectively known as the Southern Tagalog 72 or ST 72, which consisted of members and heads of various organizations involved in a New People’s Army raid in Puerto Galera on March 3, 2006.

In 2019, he joined Pamalakaya and other fisherfolk of Bacoor in their fight against reclamation in the province.

Abner and Edward Esto were also members of SIKKAD-K3. A day after the deadly crackdown, Pamantik KMU confirmed that the siblings were the 8th and 9th casualties.

As of Monday 7 pm, the bodies were not yet found.

In 2017, at least 200 residents of Barangay San Isidro inhabited the unoccupied housing units in Rizal and have fought for them since then. They were originally homeless before deciding to occupy the housing units in the province, asserting their housing rights.

SIKKAD-K3, along with the Montalban Homeless Alliance (MHA), were red-tagged by the police and military, according to a report of Bulatlat.com, an alternative news organization.

In May 2020, the National Task Force to End Local Communist Armed Conflict (NTF-ELCAC) organized a meeting with at least 80 members of SIKKAD-K3, because according to them, the members of the organization were sympathizers and members of the CPP-NPA-National Democratic Front (CPP-NPA-NDF). 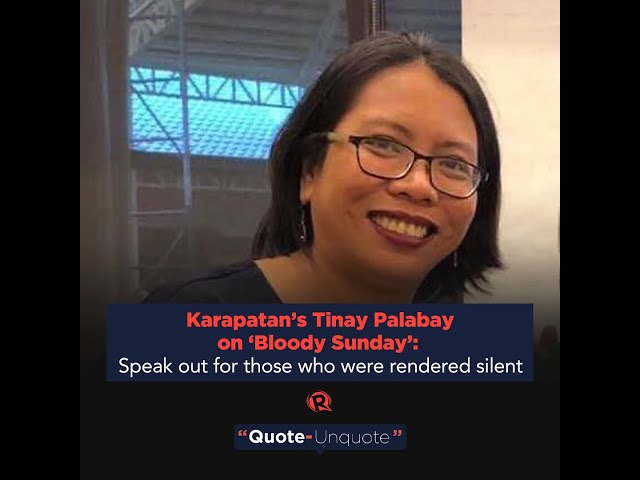 However, NTF-ELCAC’s claim was immediately disputed by human rights monitor Karapatan, which said that SIKKAD-K3 is a legal organization.

Michael “Greg” Dasigao was the president of SIKKAD-K3. He was also the marshal security officer of Kasiglahan Village for relief operations conducted in the area during calamities.

As head of the organization, he assisted poor communities and handled concerns of local farmers in quarrying sites in the province. He also actively assisted residents of Kasiglahan Village in the aftermath of Typhoon Ulysses.

Members of the Dumagat tribe were also among the fatalities. Puroy dela Cruz and Randy “Pulong” dela Cruz were killed between 3 and 4 am on Sunday.

The Dumagats are a major and semi-nomadic indigenous group in Calabarzon, estimated to number around 30,000.

Puroy and Pulong were both activists with the group Dumagat Sierra Madre, which advocated for the rights of indigenous peoples.

In a report by Pinoy Weekly, an online news organization that covers mass movements, the wives of the two victims shared how their husbands were killed.

Puroy’s wife, Minda dela Cruz, said she was ordered by police to leave their house while Puroy stayed inside. Outside, she heard 4 gunshots. She saw Puroy dead inside after.

Pulong’s wife, Violy dela Cruz, said that an “armed group” barged into their home. Violy was ordered to leave their home too and told to stay away, around “50 meters” from their house. Still, Violy heard consecutive gunshots and found Pulong dead.

Pinoy Weekly reported that the two were placed in black body bags then carried to a helicopter labeled “PNP.”

The police said they served a warrant against the two for allegedly owning a pistol, an M-16 rifle, and rocket-propelled grenades.

Among those killed, too, were the couple Chai Lemita Evangelista and Ariel Evangelista.

They were fisherfolk who worked as staffers with the Ugnayan ng Mamamayan Laban sa Pagwawasak ng Kalikasan at Kalupaan (UMALPAS KA) in Nasugbu, Batangas.

The group is a peasant organization fighting against mining, land-grabbing, and climate change. In a statement, Gabriela described the couple as “diligent members” of the organization, who led fisherfolk in their community.

On Sunday morning, the couple was sleeping in a hut near the shore in Barangay Calayo when they were raided by the police.

Chai’s mother, Inda Lemita, looked for the couple for hours at hospitals. She found them dead at a funeral home.

They are survived by their 10-year-old child.

“This is an outright attack on the people’s right to organize, freedom of speech and expression, and right to life and safety. This is an undisputed case of crimes against humanity,” Amihan said in a statement. – Rappler.com