What we know so far about Omicron XE variant Facebook Twitter Copy URL
Copied
A new variant called Omicron XE is spreading in the United Kingdom and other parts of the world. Here's what we know – and don't know – about the variant

MANILA, Philippines – Just when COVID-19 cases in the Philippines are on a steady decline, the country might face yet another more transmissible COVID-19 variant called Omicron XE – a recombinant of Omicron offshoots BA.1 and BA.2.

On April 4, the Department of Health (DOH) said it was monitoring the said variant after a case had been reported in its neighboring country Thailand. The agency said that the Philippine Genome Center is “continuously monitoring case trends and conducting genomic surveillance activities” amid the threat of the new and existing variants of COVID-19.

As of Tuesday, April 12, Omicron XE has not reached Philippine shores. Despite the possible threat of the variant, Health Secretary Francisco Duque III said that the Philippines is ready for it.

“Hopefully, it won’t be epidemiologically and clinically more brutal or more dangerous [than previous variants]. We hope that will not happen, but we are ready,” Duque said.

What is Omicron XE? How dangerous is this new variant?

Omicron XE is a hybrid of the two now-familiar subvariants of Omicron – BA.1 (the original Omicron variant) and BA.2 or “Stealth Omicron.” It is known as a recombinant variant which has formed when two different virus strains infect a cell simultaneously and exchange genes between them.

Scientists said it is not surprising that recombinant XE is formed since Omicron BA.1 and BA.2 have been circulating widely.

“Recombinant variants are not an unusual occurrence, particularly when there are several variants in circulation, and several have been identified over the course of the pandemic to date,” said Susan Hopkins, chief medical advisor of UK Health Security Agency, in a statement.

COVID-19 Weekly Watch: Looking out for recombinants and more variants 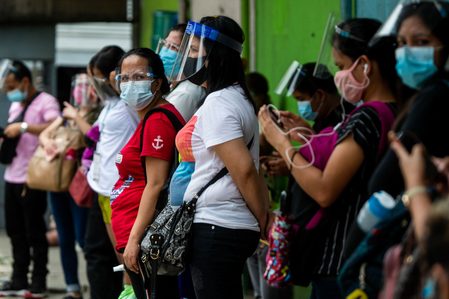 The first known case of XE has been detected in UK on January 19. As of March 25, over 600 cases of XE have been identified there.

Cases of XE have also been found in India and Thailand. A case was reported on April 6 in Mumbai, according to Bloomberg, while the Center for Medical Genomics in Bangkok reported a recent case of XE on April 4.

On April 11, the Japanese health ministry reported the country’s first case of XE, in a woman who arrived at a Narita airport from the United States on March 26.

Is it more contagious?

While much remains unknown about Omicron XE, the World Health Organization (WHO) and the UKHSA said that it is 10% more transmissible than the BA.2, which is the dominant Omicron subvariant in the Philippines and the rest of the world. (READ: DOH: Stealth Omicron common among PH local cases)

The WHO has yet to identify Omicron XE variant as a “variant of interest” or “variant of concern.”

“Observation and monitoring are still ongoing on whether the variant would be categorized as a sub-variant of Omicron or a new variant to be named by WHO should it display any significant change in characteristics,” the DOH said in a recent statement

UKHSA’s Hopkins said that there is yet insufficient evidence to draw any conclusion on the severity that Omicron XE can exhibit in individuals. But other experts said that ever since its discovery in the UK early this year, XE appears to be mild.

What we don’t know

How Omicron XE will affect COVID-19 treatments is still unknown, and whether this new variant will have an effect on vaccine efficacy or not. But experts said that they could infer some clues since it is made up of two known Omicron subvariants. They said that since vaccines work against BA.1 and BA.2, it is more likely that vaccines will also work against the new variant.

In terms of the name of the new variant, the WHO assigns Greek letters like delta and omicron to variants of particular concern or interest based on significant behavioral differences between variants, not just genetic differences.

BA.1 and BA.2 are still classified as Omicron despite being genetically distinct from earlier variants. The WHO said it will classify XE under the omicron umbrella until “significant differences in transmission and disease characteristics, including severity, may be reported.” – Rappler.com