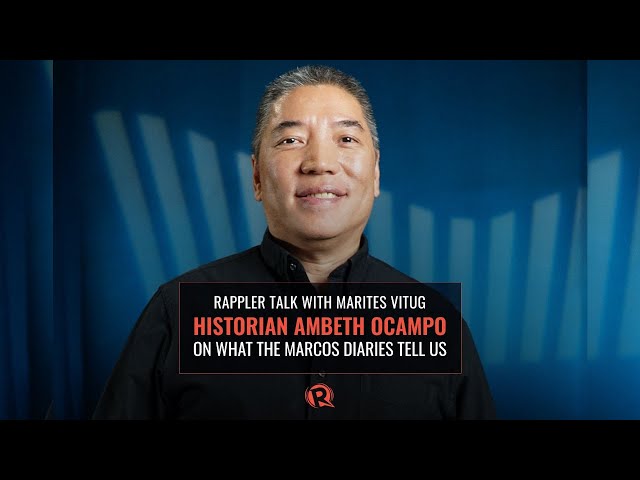 Facebook Twitter Copy URL
Copied
What did the dictator Ferdinand Marcos write in his diaries about his son, Ferdinand 'Bongbong' Marcos Jr.? Catch the interview live on Thursday, March 3!

MANILA, Philippines – Several books have been published under the name of Ferdinand Marcos, but historians have debunked many of them as ghostwritten books that served as propaganda for his dictatorship.

His diaries – left behind when the Marcos family fled for Hawaii after the 1986 People Power Revolution – offer perhaps the most credible insights into the mind of the dictator.

Excerpts of his diaries have recently resurfaced as his only son and namesake Ferdinand “Bongbong” Marcos Jr. runs for Philippine president.

On Thursday, March 3, Rappler editor-at-large Marites Vitug talks to historian Ambeth Ocampo about the diaries kept by the dictator and what the public can learn from his writings.

How useful are diaries for historians? Catch the interview live on Thursday, March 3! – Rappler.com