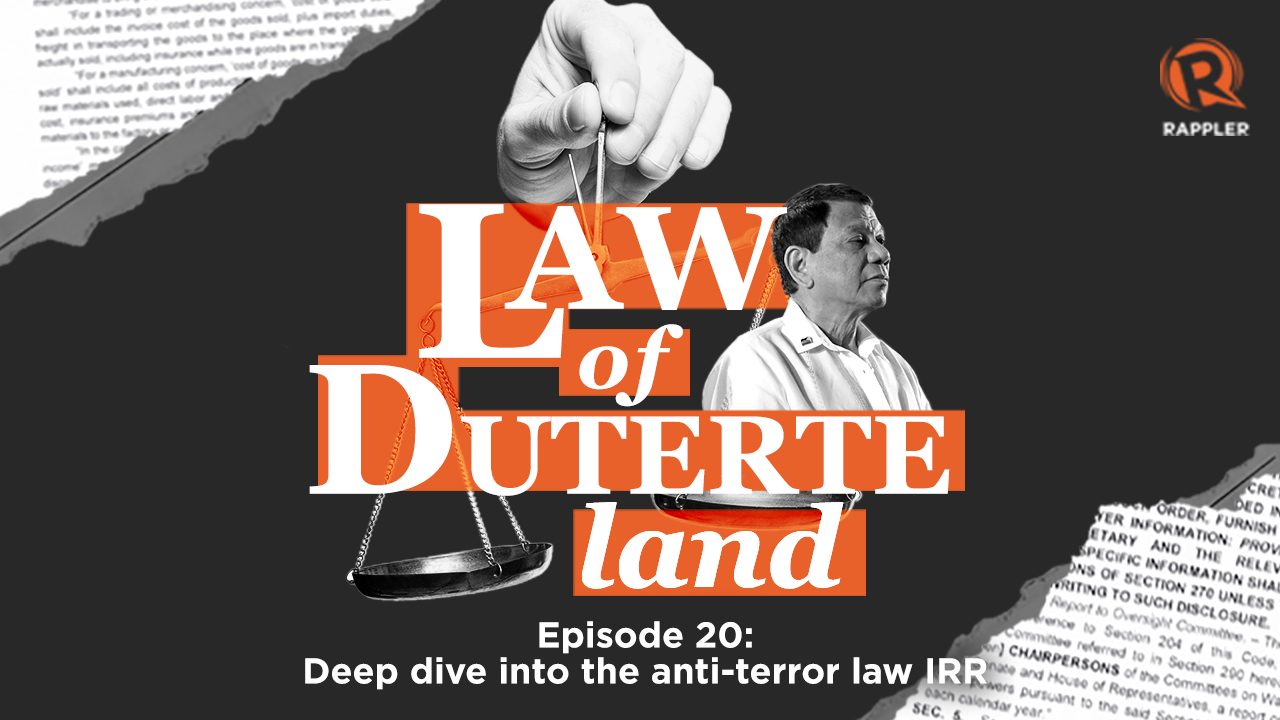 The water cannot rise above the source. That is a recurring phrase from lawyers critical of the anti-terror law after the publication of its Implementing Rules and Regulations (IRR).

It simply means that nothing in the IRR can fix the law that, for them, is problematic to begin with.

The IRR has new features – it now allows a process for people designated as terrorists to delist themselves. It now also requires law enforcers to submit a sworn affidavit before they can be authorized by the anti-terror council to detain a suspect for 24 days.

But critics have also pointed out new features that make the law even more problematic. For example, the IRR now requires that the names of the designated terrorist be published on the internet. That is legalized red-tagging, according to them.

The IRR also introduced new standards – reasonable ground of suspicion for designating terrorists and reasonable probability of success – to arrest and prosecute a suspect for the crime of inciting to terrorism.

In this episode, we have Department of Justice (DOJ) Undersecretary Adrian Sugay to discuss in detail the anti-terror law, the IRR, and what it can mean in actual situations.