[PODCAST] Law of Duterte Land: Can Duterte run for VP? 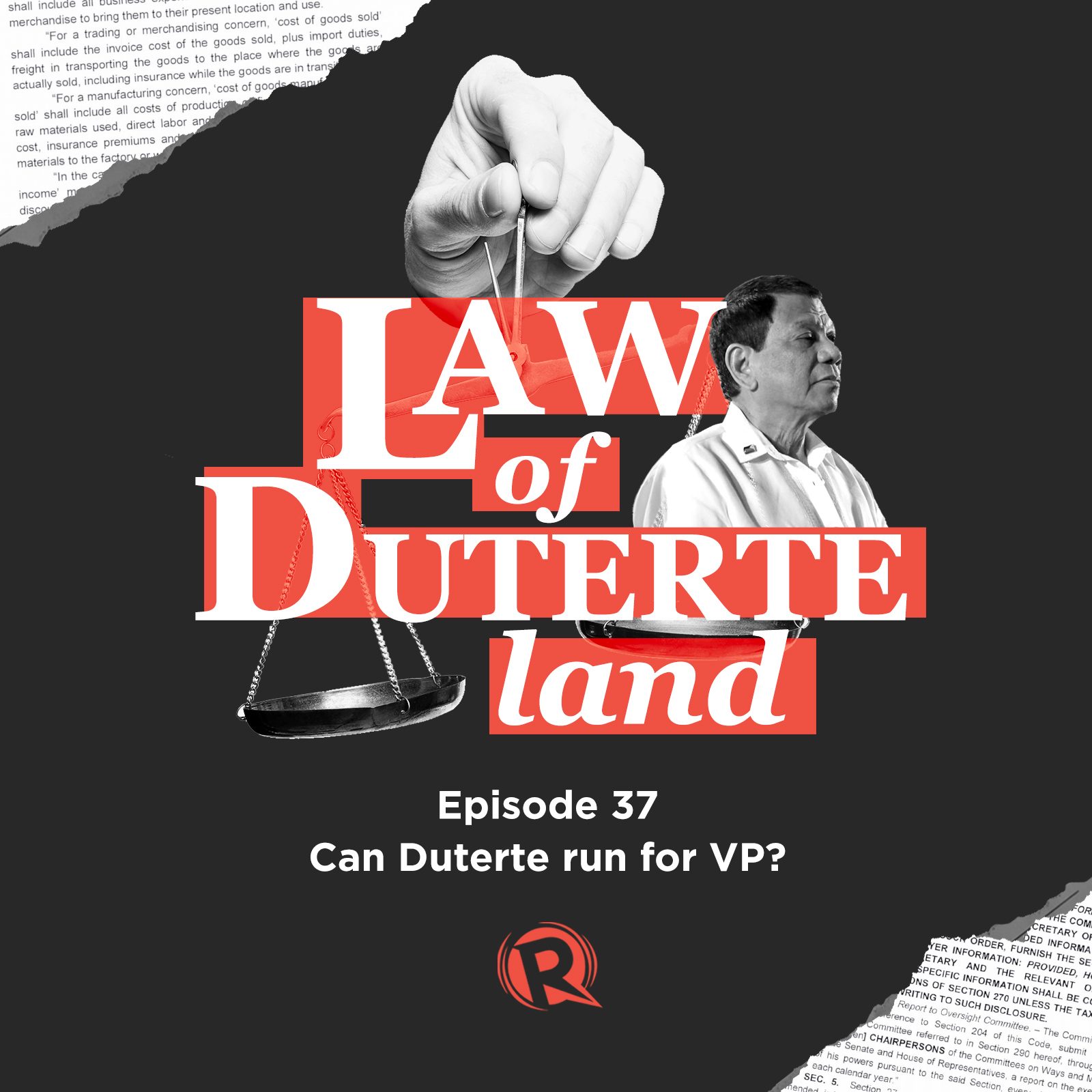 “The Constitution allows that possibility of a president running for a lower position like the vice president, because what it prohibits is the reelection to the same office,” says Mendoza in this podcast episode.

If what critics speculate turn out to be true, that it’s a ploy for a president to resign so Duterte can succeed as president again, he can do that too, says Mendoza.

“If [Duterte] succeeds as president because the [new] president somehow ceases from office, he cannot be elected again [after that],” said Mendoza.

The Constitution says a vice president who succeeded as president and served not more than four years of the unexpired term, can run for president. That’s how Gloria Macapagal-Arroyo was able to serve a total of nine years as president – three years of Joseph Estrada’s unexpired term plus six years of a full term as an elected president.

Duterte serving as president by succession is a scenario that, for some, is a circumvention of the Constitution.

For Mendoza, the Constitution’s intent is to preserve the ideal that a good president can return to power, comparing it to the Roman Cincinnatus.

“Not all persons are bad. You are assuming that once a president is there, you don’t want him to become president again. That is not the constitutional intention,” said Mendoza.

For more of this discussion, listen to this episode.