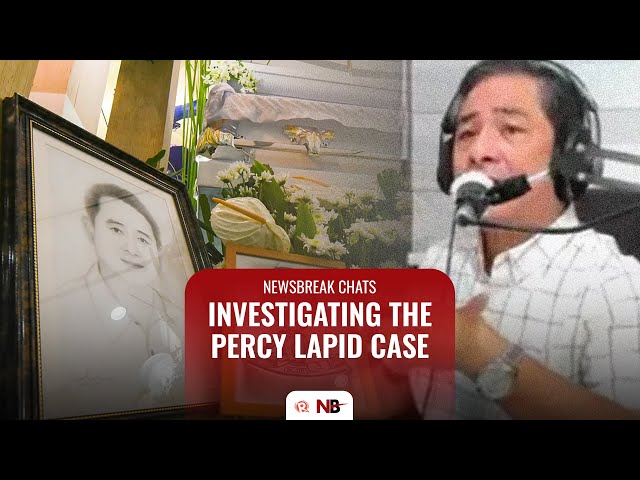 MANILA, Philippines – Broadcaster Percival “Percy Lapid” Mabasa was killed on the night of October 3, sending shockwaves not only within the circle of his family and friends, but also within the journalism community. He is the second journalist killed under the new Marcos administration, and the third overall in 2022.

Developments in the case have reached a peak with authorities concluding last November 7 that suspended Bureau of Corrections (BuCor) chief Gerald Bantag was involved in Mabasa’s murder. (READ: Who is Gerald Bantag, among the accused in the murder of Percy Lapid?) Operations Superintendent Ricardo Zulueta and other persons deprived of liberty were also implicated in the murder.

Rappler’s Newsbreak editor Chay F. Hofilena talks to multimedia reporter Jairo Bolledo about recent developments in the case, insights gained from following the case over the past month, challenges faced during coverage, and what developments can be expected in the coming weeks.