FEU, Ateneo semis clash may be the game changer of UAAP volleyball 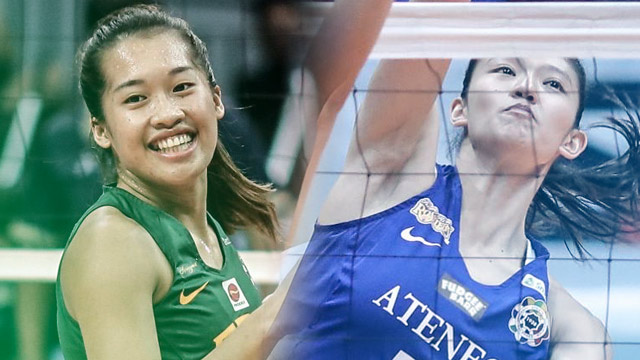 MANILA, Philippines – After clinching the semifinal advantage for the first time in 9 years, the Far Eastern University (FEU) Lady Tamaraws now have the upper-hand in knocking the Ateneo Lady Eagles out of the UAAP volleyball finals.

Leading the hungry pack for FEU is 5th year captain Bernadeth Pons, who has yet to get a taste of the UAAP finals in her collegiate volleyball career. But the veteran Pons isn’t just satisfied with the team’s Final 4 berth, as FEU – which owns a twice-to-beat semifinal edge – stands just a win away from the finals.

Ateneo and La Salle have clashed in the UAAP women’s volleyball championship in the last 6 seasons. 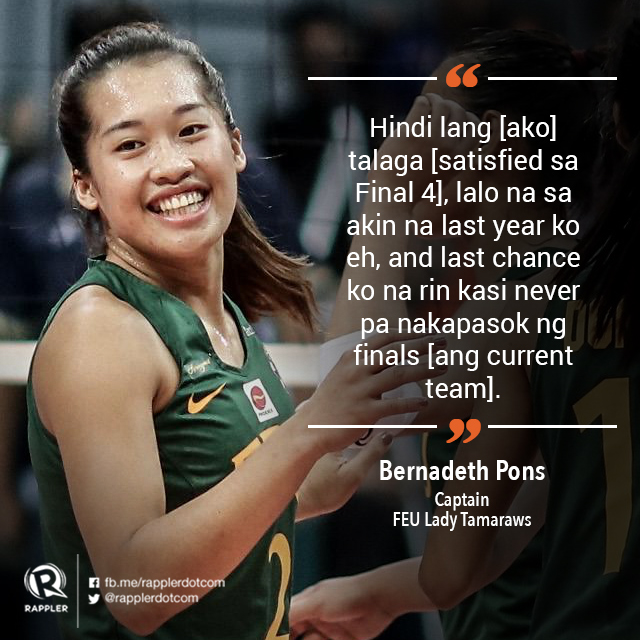 The Lady Tamaraws will be riding on the momentum of their 4-game winning streak to prevent themselves from giving up their twice-to-beat advantage. (READ: FEU Lady Tamaraws repeat victory over NU in last elimination game)

Over at Katipunan, the Lady Eagles kicked off Season 80 at 0-2, then closed out their elimination run also with back-to-back losses.

So now, FEU stands as a bigger threat to Ateneo’s finals return, as the Lady Tamaraws were the ones who dealt the Lady Eagles their first loss of the season.

Despite the skid, Ateneo captain Maddie Madayag is assured that the players have realized their shortcomings on the court after a loss against UP snapped their 5-game winning streak.

The Lady Eagles were able to wallop FEU in the second round, but the achievement will not make them complacent, only confident.

“We’re not gonna be complacent but we’re gonna be confident despite the loss. We just need to play happy,” said Madayag. 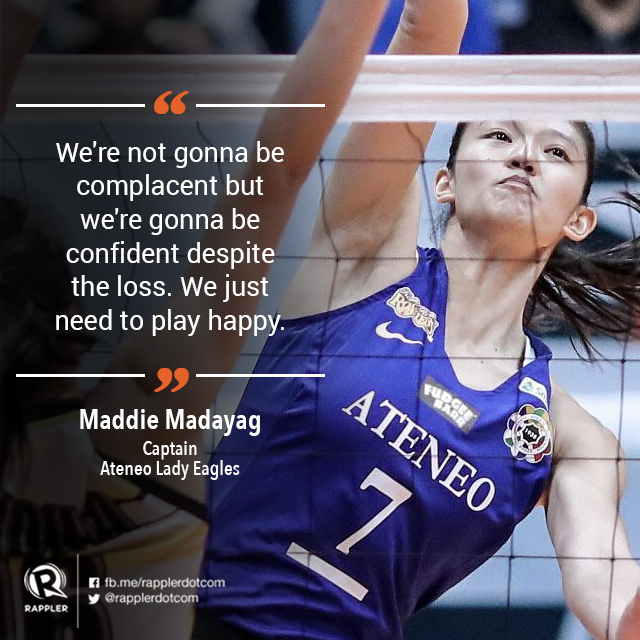 The FEU Lady Tamaraws will begin their semifinal showdown against the Ateneo Lady Eagles on Saturday, April 21, at the Mall of Asia Arena. – Rappler.com