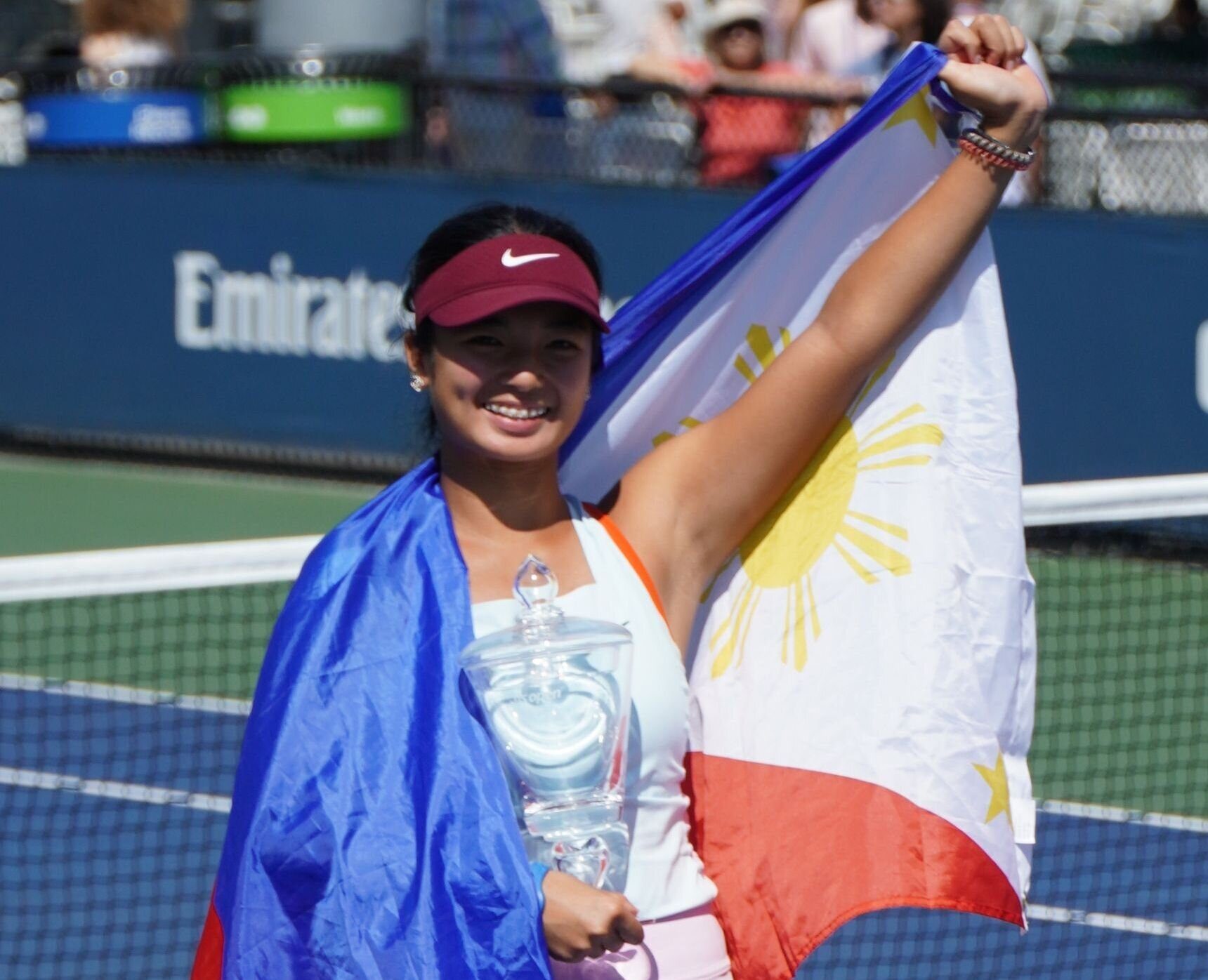 SINGAPORE – There’s no rest for US Open girls singles champion Alex Eala as she moves on to her next target just days after her monumental win.

The 17-year-old Eala is already preparing for her eventual women’s Grand Slam debut, which means that her next few tournaments will be very crucial to her qualification.

“Women’s Grand Slams are in my radar. I’m not so far from qualifying but it will depend on my performance in the coming months,” said Eala during an online press conference organized by Globe on Friday, September 16.

The US Open is the first juniors tourney that Eala joined since last December’s Orange Bowl Tournament. In 2022, the teen tennis sensation focused on joining women’s tournaments. With her consistency in the pro circuit, Eala made a huge leap from ranking No. 529 in the Women’s Tennis Association at the end of 2021 to rank world No. 288 before winning the US Open.

Aside from her sharp rise in the WTA rankings, Eala was also proud of how she overcame her injury in 2021 with how she performed this year.

“I am not experiencing injuries anymore,” said the tennis ace, who suffered from a foot injury after last year’s US Open.

According to Eala, her experience in the pros this year, allowed her to be mentally tough entering the US Open juniors tournament.

“In my experience, the pros are much more mentally strong in the tight moments. I hope to learn about it as I increase the tournaments I play, I need to have more experience in those tight points,” shared Eala, who defeated No.2 seed Lucie Havlickova, 6-2, 6-4, for the US Open crown.

As she immediately gets back into the game, Eala grounds herself to focus on developing into a “complete” player in order to progress further into her career.

“I think I’ve improved so much more in my serve. [My goal is to become] a complete player in so many aspects – working on my fitness, and as my fitness gets better, my technique gets better,” said Eala.