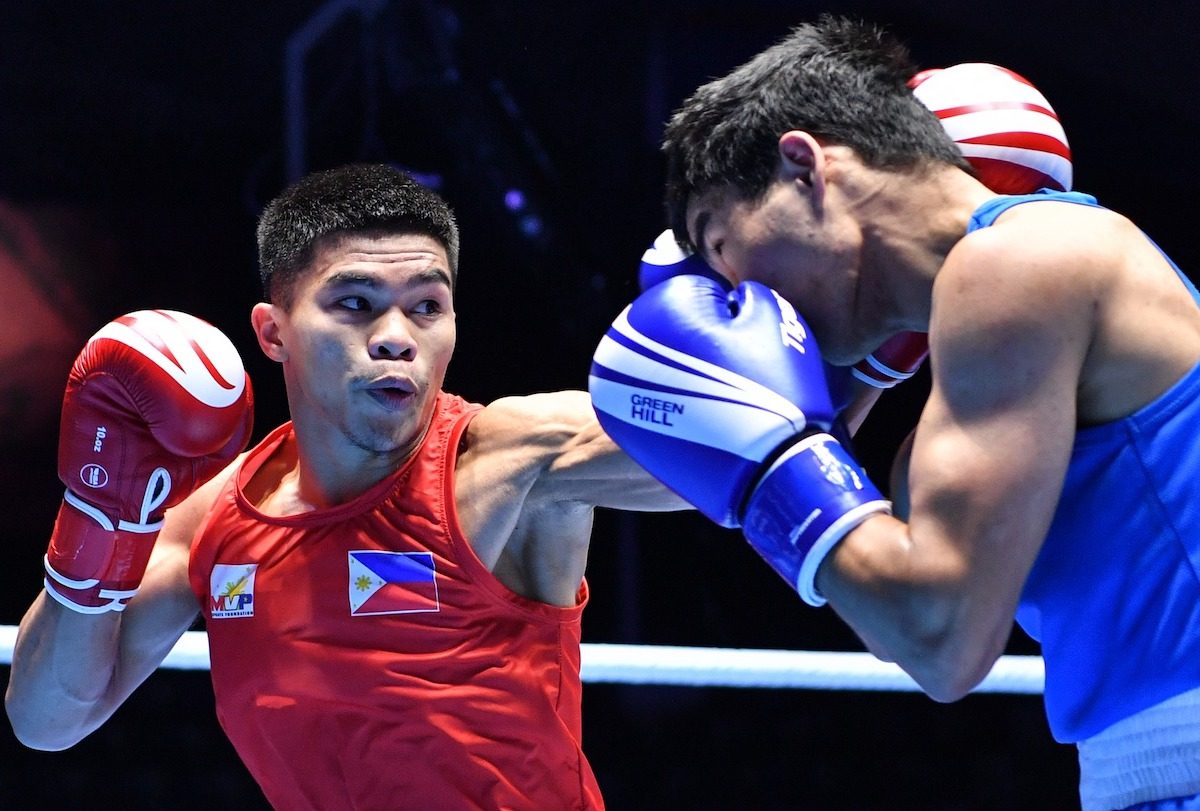 ONE MORE WIN. Carlo Paalam scores a shutout win over Sanzhai Seidakmatov of Kyrgyzstan to advance to the finals.

MANILA, Philippines – Carlo Paalam stands as the Philippines’ last gold medal bet in the ASBC Asian Elite Boxing Championships in Amman, Jordan as he advanced to the men’s bantamweight finals.

Paalam punched his ticket to the championship match after a shutout 5-0 win over Kyrgyzstan’s Sanzhai Seidakmatov in their semifinal duel on Thursday, November 10.

The men’s flyweight silver medalist in the Tokyo Olympics last year, Paalam bucked a tentative opening round that saw Seidakmatov lead in the scorecards as he ruled the last two rounds.

Paalam earned the nod of all five judges in the second round and edged Seidakmatov, 3-2, in the third and final round to advance.

Now guaranteed of at least a silver medal, Paalam looks to get the job done against Kazakhstan’s Makhmud Sabyrkhan in the finals.

“The boxer from Kazakhstan works hard. He is also big. But I know that if Carlo gets the upper hand, he will not be careless,” said men’s team head coach Ronald Chavez in Filipino.

Meanwhile, Nesthy Petecio and Hergie Bacyadan both captured bronze medals after their respective campaigns ended in the semifinals.

Petecio received a bye in the round of 16, hacked out a 3-2 quarterfinal win over Thailand’s Nilawan Techasuep, before she got the boot after failing to score a round against Ibragimova.

Getting a bye in the quarterfinals, Bacyadan absorbed a narrow 3-2 loss to Uzbekistan’s Sokhiba Ruzmetova in their women’s middleweight semifinals. – Rappler.com