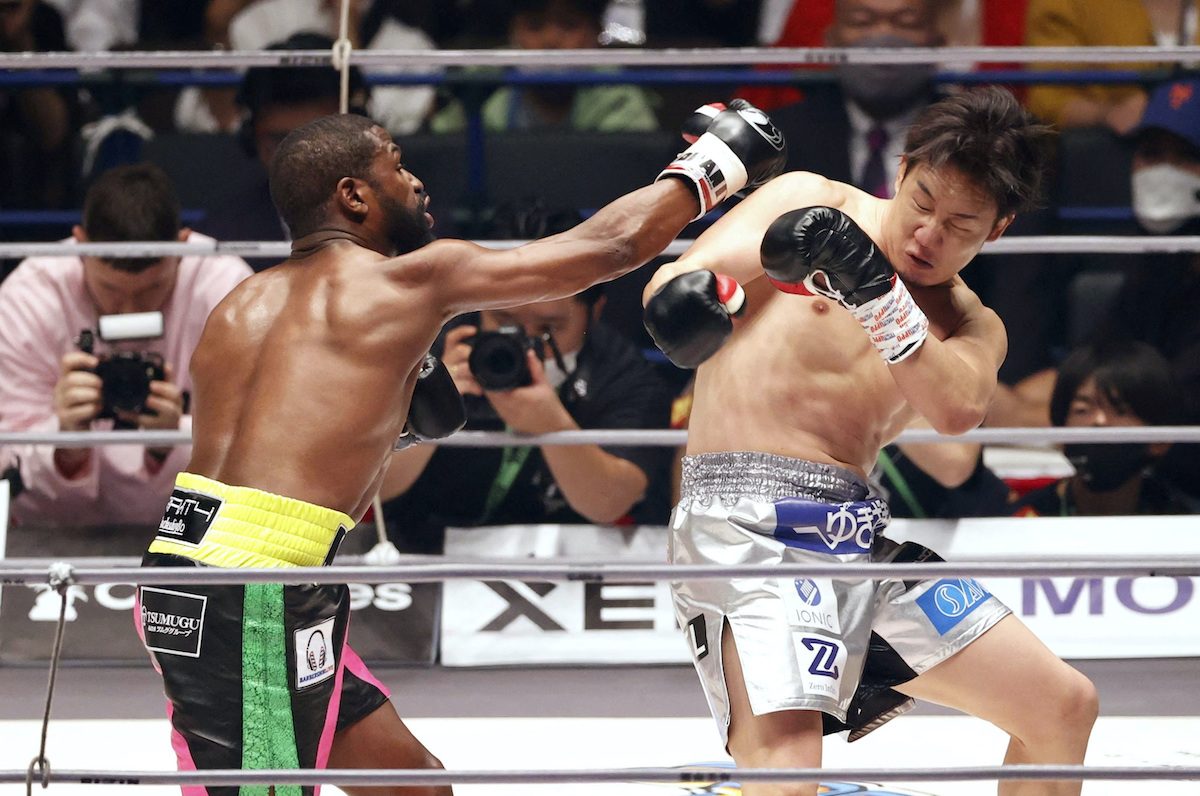 The 45-year-old former world champion coasted to a second-round stoppage of Japanese mixed martial artist Mikuru Asakura before his own compatriots at the Saitama Super Arena in Japan on Sunday, September 25.

Flashing the power that helped him finish his professional career with a 50-0 record, Mayweather decked Asakura with a right straight to the head just as the second-round bell rang to improve to 2-0 in exhibition fights.

Asakura, who made his boxing debut, tried to beat the count but referee Kenny Bayless deemed him unfit to continue and halted the bout.

Fighting for the first time in the Land of the Rising Sun since he beat Tenshin Nasukawa – another Japanese mixed martial artist – in his exhibition debut in December 2018, Mayweather said he enjoyed his time Japan.

Pacquiao is scheduled to face Korean martial artist DK Yoo in an exhibition bout in December and his appearance in the Mayweather fight hinted at a potential rematch between the two boxing icons.

Mayweather beat Pacquiao via unanimous decision in 2015 in one of the richest bouts in boxing history.

Mayweather will return to action when he tangles with English YouTuber Deji Olatunji in November at the Coca-Cola Arena in Dubai. – Rappler.com