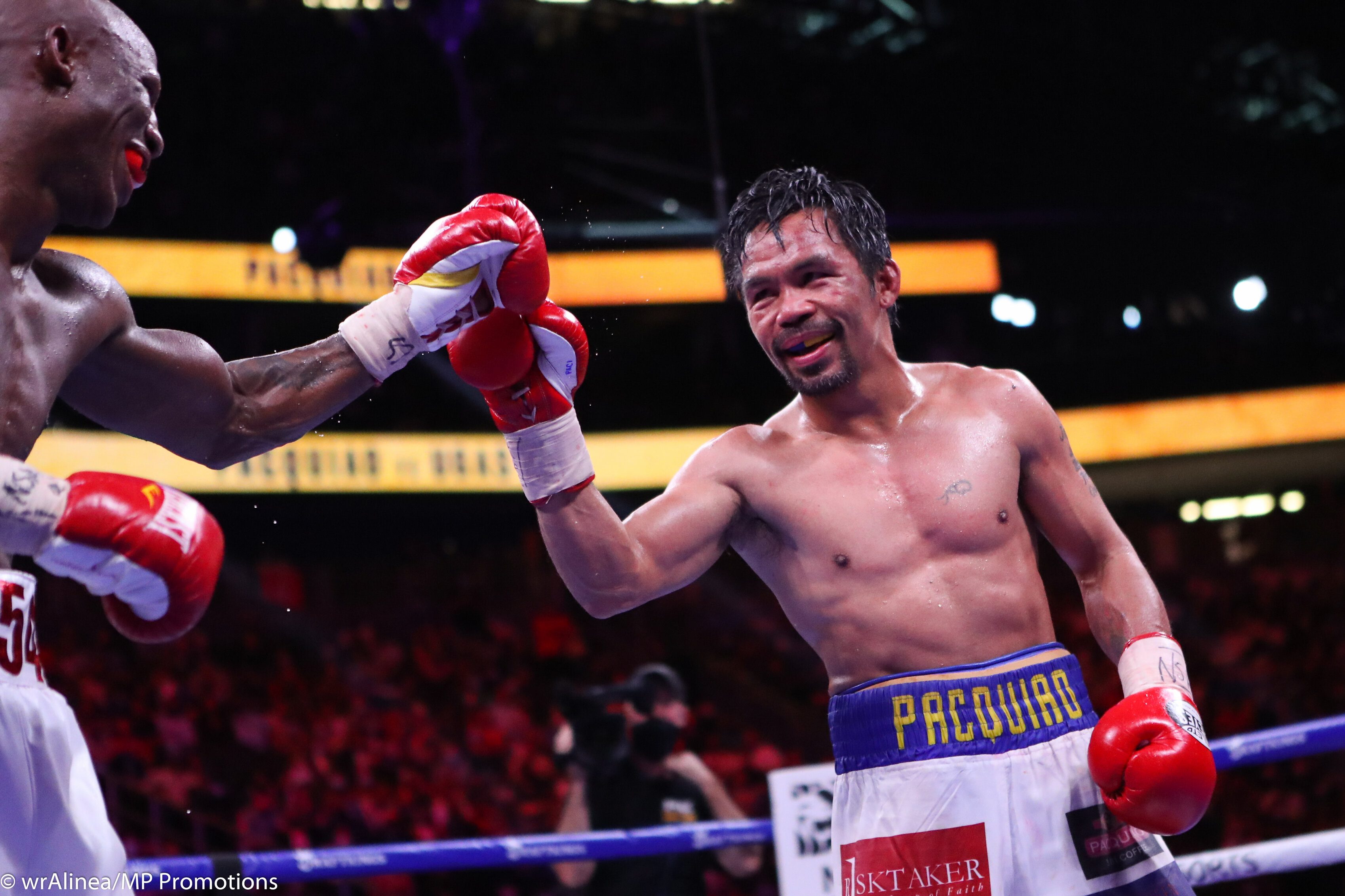 MANILA, Philippines – Manny Pacquiao and Floyd Mayweather will have a rematch, after all. But instead of the ring, it will occur at the hardcourt.

The boxing legends confirmed an exhibition basketball game between two teams they’re going to form will take place in January 2022. And, instead of Las Vegas in Nevada, USA, the charity event will be held in the Philippines.

Mayweather, who retired unbeaten as world welterweight champion in 2017, told the media in a recent Fighthype.com YouTube video interview that the basketball game is coming up soon.

Pacquiao, boxing’s lone eight-division world champion until his retirement last September, also confirmed the game would be held before the campaign period for the May 9 national elections, where he is seeking the presidency.

In 2015, Pacquiao fought and lost to Mayweather on points in what would turn out to be boxing’s biggest fight ever with 4.6 million pay-per-view buys.

Since then, Pacquiao has been seeking a rematch but Mayweather refused, insisting he’s retired. When talks veered toward basketball, however, Mayweather was in full attention.

The truth is Mayweather, through The Money Team and Mayweather Promotions, and Pacquiao, through MP (Manny Pacquiao) Promotions, have signed on October 1 a letter of intent for the game.

Mayweather is an ardent basketball fan and plays the game like Pacquiao, who served as playing coach of the KIA franchise in the Philippine Basketball Association (PBA) from 2014-2017 and founded the Maharlika Pilipinas Basketball League (MPBL).

Under the proposed setup, Pacquiao and Mayweather will form teams consisting of 10 players, two of whom should have played in the National Basketball Association (NBA).

According to reports, Pacquiao is eyeing Allen Iverson, the 2001 NBA Most Valuable Player with the Philadelphia 76ers, as one of his reinforcements. – Rappler.com