BACK IN FORM. Eduard Folayang says he can't wait to fight in front of the home crowd again.

So when ONE Championship returns to the country for the first time in nearly three years, he’ll be riding one more time at the forefront.

Folayang returns to action when he takes on Edson “Panico” Marques at the already-stacked ONE Fight Night 5: De Ridder vs. Malykhin card set in the morning of December 3 at the Mall of Asia Arena.

OFN 5 is the first of two shows that day, starting at 9 am as it airs live simultaneously on US prime time through Amazon Prime Video. Capping off the blockbuster Saturday is ONE 164: Pacio vs. Brooks which goes live in local prime time at 6:30 pm.

“Of course I’m happy. I feel honored being put on the forefront of a card that will air live in US prime time through Prime Video, being one of the few Filipinos in that card,” Folayang said.

“It’s such a huge motivating factor for me because our trajectory is heading west, and I’d love to entertain our fans over there and make new ones.” 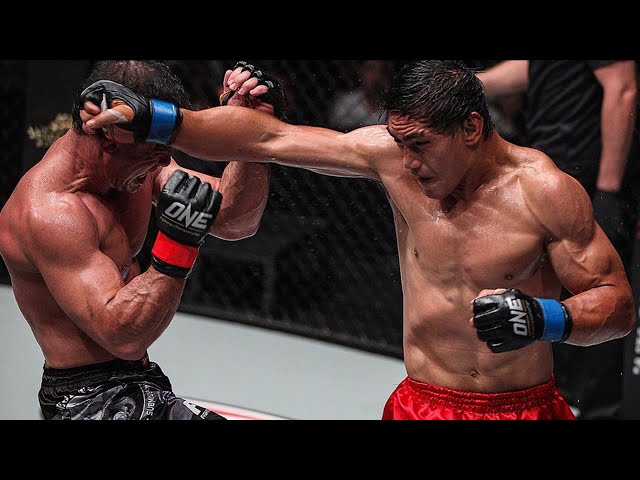 Folayang, 22-12, has long been one of the pillars of the promotion as he headlined the main event of ONE’s very first show in September 2011. Since then, he’s won the ONE Lightweight World Title three times, establishing himself as the face of local mixed martial arts in the process.

Eleven years later, he’s still one of the most recognizable figures in the sport both in the Philippines and outside of it, so it’s no surprise to see him be included in the Amazon card.

“All I wanted to do is compete again and join this card. It doesn’t matter who I face. Actually I was waiting for [Yoshihiro] Akiyama but I think he turned down the offer in fighting me,” he said.

“Nonetheless, I’m grateful because I was included, and since the event will be in the Philippines for the first time in three years, I’m super excited. I’m looking forward to performing in front of my home crowd.”

Bannering ONE 164 is Folayang’s teammate in Joshua “The Passion” Pacio who defends his ONE Strawweight World Title against Jarred “The Monkey God” Brooks. – Rappler

Tickets for ONE Fight Night 5 and ONE 164: Pacio vs. Brooks at the Mall of Asia Arena on December 3 are available at https://smtickets.com/events/view/11439.