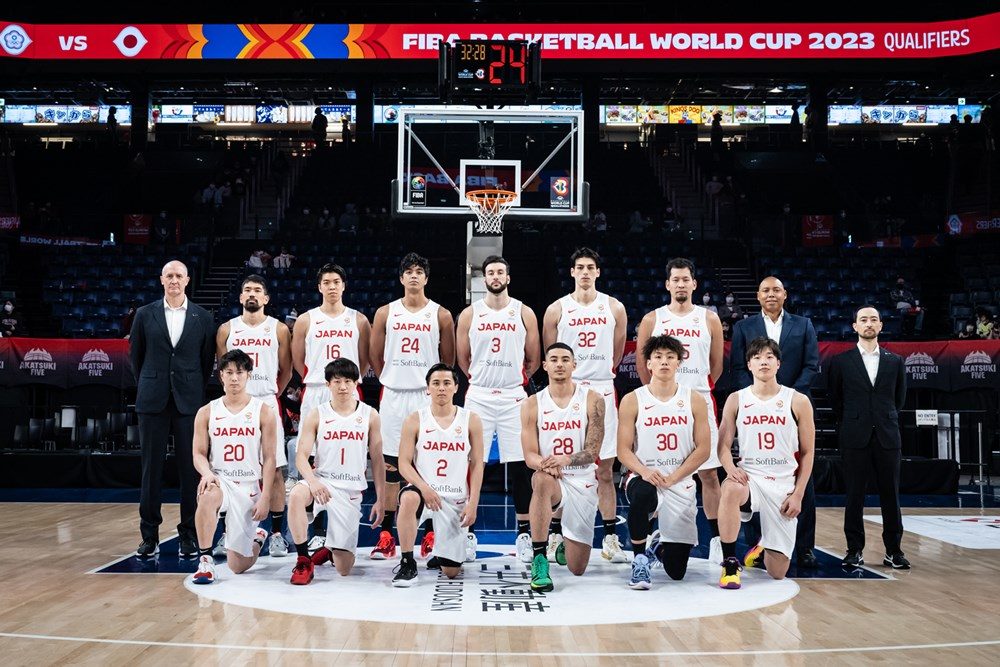 Filipino-Japanese center Matt Aquino made his national team debut for Japan in the 2023 FIBA World Cup Asia qualifiers second window as the “Akatsuki Five” escaped Chinese Taipei, 76-71, at the Okinawa Arena in Japan on Saturday, February 26.

Despite the close game, the current Shinshu Brave Warriors import of the Japan B. League still managed to crack the rotation and finished with 2 points and 1 rebound in under 4 minutes of action.

Aquino – the son of PBA legend Marlou Aquino who has Japanese lineage on his mother’s side – checked in for his debut with 1:43 left in the first quarter, and tallied his first two national team points with 29 ticks left in the frame.

Overall, it was 22-year-old Yudai Nishida who led the way for Japan with 27 points, 3 rebounds, 3 assists, and 2 blocks, and drained the game-winning free throws with 2 seconds left to set the final score.

This is Japan’s first win in the tough Group B of the Asia qualifiers, which include China and Australia alongside Chinese Taipei. They will be back in action immediately on Sunday, February 27 to face the Aussies.

Like the Philippines and Indonesia, Japan is also one of three countries assured of a 2023 World Cup spot by way of host country privileges. All countries, however, are still required to join the qualifying rounds. – Rappler.com