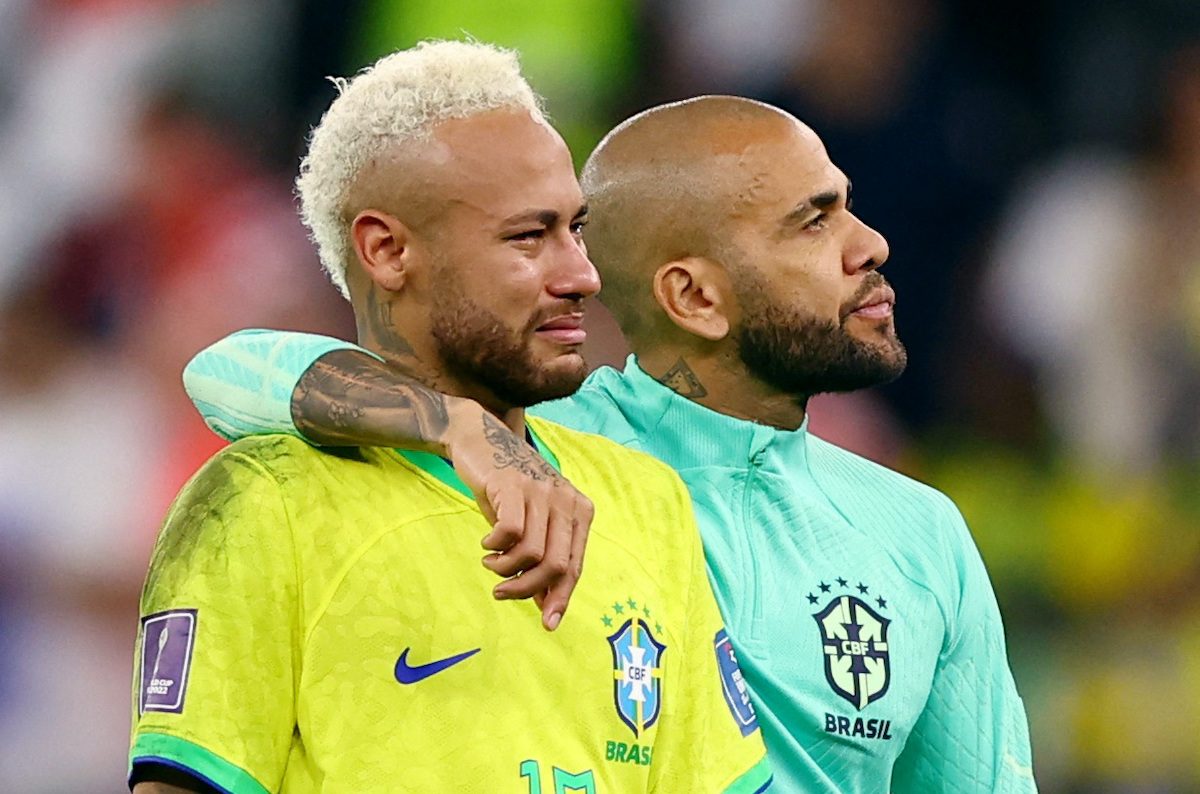 Facebook Twitter Copy URL
Copied
'I will not close the door to playing with Brazil, nor do I say 100% that I'll come back,' says Neymar as the FIFA World Cup favorites get the boot from Croatia

Brazil’s Neymar said on Friday, December 9, he was unsure if he would play again for the national team after their heartbreaking FIFA World Cup quarterfinal defeat to Croatia on penalties.

“Honestly, I do not know. I think talking now is bad because of the heat of the moment. Maybe I’m not thinking straight,” an emotional Neymar told reporters.

“To say that this is the end would be rushing myself, but I don’t guarantee anything either. Let’s see what happens going forward.”

“I want to take this time to think about it, think about what I want for myself. I will not close the door to playing with Brazil, nor do I say 100% that I’ll come back.”

Neymar’s teammate Dani Alves said that he would be retiring from international duty but intended to keep playing at club level.

Against Croatia, Neymar put the South Americans ahead with a brilliant mazy run in the first half of extra time.

But their rivals equalized three minutes from time and then won a penalty shootout 4-2 to go through to the semifinals where they will face either Argentina or the Netherlands. – Rappler.com