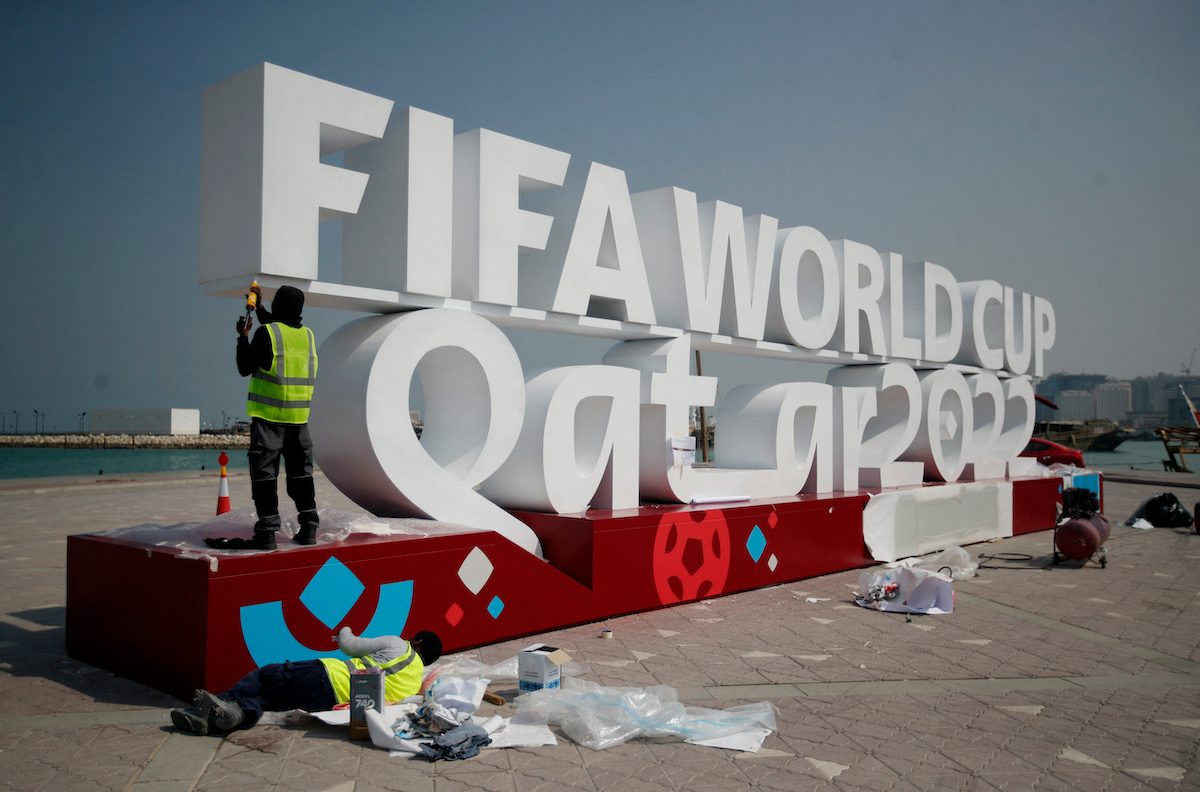 DOHA, Qatar – Qatar has emptied apartment blocks housing thousands of foreign workers in the same areas in the center of the capital Doha where visiting soccer fans will stay during the FIFA World Cup, workers who were evicted from their homes told Reuters.

They said more than a dozen buildings had been evacuated and shut down by authorities, forcing the mainly Asian and African workers to seek what shelter they could – including bedding down on the pavement outside one of their former homes.

The move comes less than four weeks before the November 20 start of the global soccer tournament which has drawn intense international scrutiny of Qatar’s treatment of foreign workers and its restrictive social laws.

At one building which residents said housed 1,200 people in Doha’s Al Mansoura district, authorities told people at about 8 pm on Wednesday they had just two hours to leave.

Municipal officials returned around 10:30 pm, forced everyone out and locked the doors to the building, they said. Some men had not been able to return in time to collect their belongings.

“We don’t have anywhere to go,” one man told Reuters the next day as he prepared to sleep out for a second night with around 10 other men, some of them shirtless in the autumn heat and humidity of the Gulf Arab state.

He, and most other workers who spoke to Reuters, declined to give their names or personal details for fear of reprisals from the authorities or employers.

Nearby, five men were loading a mattress and a small fridge into the back of a pickup truck. They said they had found a room in Sumaysimah, about 40 km north of Doha.

A Qatari government official said the evictions are unrelated to the World Cup and were designed “in line with ongoing comprehensive and long-term plans to re-organize areas of Doha.”

“All have since been rehoused in safe and appropriate accommodation,” the official said, adding that requests to vacate “would have been conducted with proper notice.”

World soccer’s governing body FIFA did not respond to a request for comment and Qatar’s World Cup organizers directed inquiries to the government.

Around 85% of Qatar’s three million population are foreign workers. Many of those evicted work as drivers, day laborers or have contracts with companies but are responsible for their own accommodation – unlike those working for major construction firms who live in camps housing tens of thousands of people.

One worker said the evictions targeted single men, while foreign workers with families were unaffected.

A Reuters reporter saw more than a dozen buildings where residents said people had been evicted. Some buildings had their electricity switched off.

Most were in neighborhoods where the government has rented buildings for World Cup fan accommodation. The organizers’ website lists buildings in Al Mansoura and other districts where flats are advertised for between $240 and $426 per night.

The Qatari official said municipal authorities have been enforcing a 2010 Qatari law which prohibits “workers’ camps within family residential areas” – a designation encompassing most of central Doha – and gives them the power to move people out.

Some of the evicted workers said they hoped to find places to live amid purpose-built workers’ accommodation in and around the industrial zone on Doha’s southwestern outskirts or in outlying cities, a long commute from their jobs.

The evictions “keep Qatar’s glitzy and wealthy facade in place without publicly acknowledging the cheap labor that makes it possible,” said Vani Saraswathi, Director of Projects at Migrant-Rights.org, which campaigns for foreign workers in the Middle East.

“This is deliberate ghetto-isation at the best of times. But evictions with barely any notice are inhumane beyond comprehension.”

Some workers said they had experienced serial evictions.

One said he was forced to change buildings in Al Mansoura at the end of September, only to be moved 11 days later with no prior notice, along with some 400 others. “In one minute, we had to move,” he said.

Mohammed, a driver from Bangladesh, said he had lived in the same neighborhood for 14 years until Wednesday, when the municipality told him he had 48 hours to leave the villa he shared with 38 other people.

He said laborers who built up the infrastructure for Qatar to host the World Cup were being pushed aside as the tournament approaches.

“Who made the stadiums? Who made the roads? Who made everything? Bengalis, Pakistanis. People like us. Now they are making us all go outside.” – Rappler.com