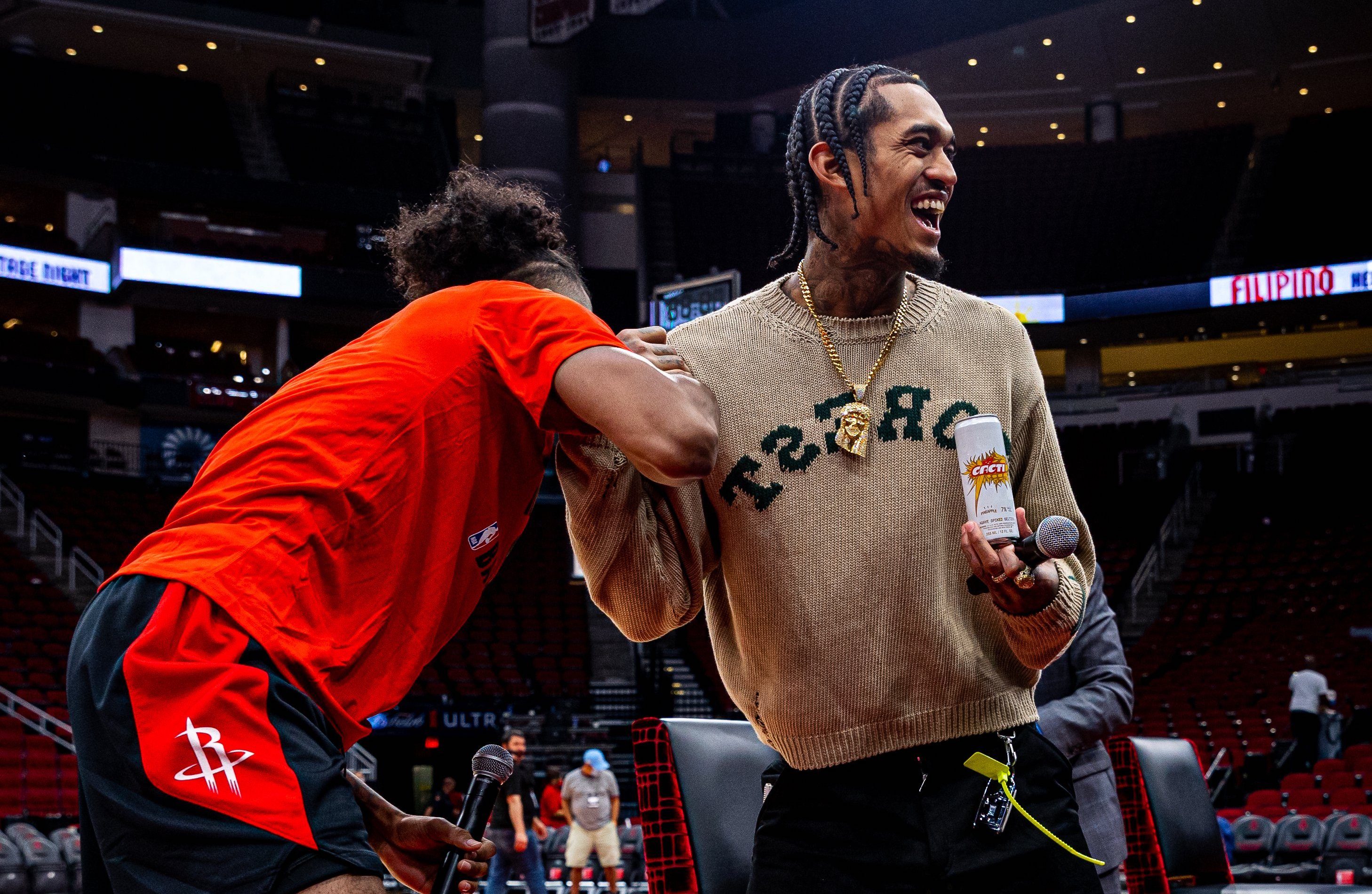 FILIPINO CONNECTION. Jordan Clarkson (right) and Jalen Green become the first players of Filipino descent to square off in an NBA game.

Facebook Twitter Copy URL
Copied
'The next thing we got to work on is get Jalen in those [Gilas Pilipinas] jerseys,' says Jordan Clarkson of his fellow Filipino-American Jalen Green

Now, it may be time for Jalen Green to follow suit.

Clarkson batted for Green to play for the national team after they figured in a historic NBA duel that ended with the Utah Jazz crushing the Houston Rockets, 122-91, for a 4-0 start to the season.

The lopsided match saw the first time in NBA history that two players of Filipino descent squared off in a game.

“It was real special,” said Clarkson when asked about his stint in the 2018 Asian Games during a post-game interview alongside Green.

“The next thing we got to work on is get Jalen in those jerseys.” (READ: Clarkson after historic Filipino duel vs Green: ‘Hopefully we see more’)

Seemingly caught by surprise, Green only had a curt reply.

“I don’t want to say too much right now. It’s early, it’s early,” the Rockets rookie said with a hearty laugh.

Green has not ruled out the possibility of playing for Gilas Pilipinas as he said in August last year that “it could happen.”

However, it is uncertain whether Green secured a Philippine passport before he turned 16 for him to play as a local for the national team in accordance to FIBA rules.

Also, Green was already 17 when he suited up for Team USA in the 2019 FIBA U-19 World Cup, where he and the Americans won the championship.

FIBA rules state that a player who sees action in a sanctioned tournament after turning 17 is no longer eligible to play for another country, except if approved by the secretary general during “exceptional circumstances.”

Green, though, appreciates the support of his Filipino fans.

“To come out here and play the game I love, just having the Filipino country on my back, I’m always grateful,” Green said. – Rappler.com