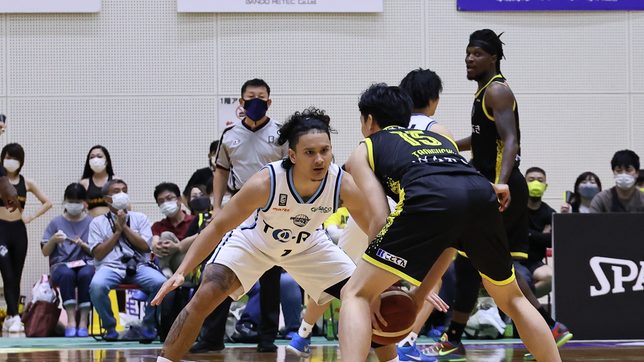 The Earthfriends Tokyo Z will have to wait another day for their first win in the Japan B. League Division 2 as the Fukushima Firebonds earned an 80-76 comeback victory at home on Saturday, November 6.

With the win, the Firebonds rose to a 5-4 winning record, while the Earthfriends dropped to 0-9 after squandering an 11-point lead, 49-38, with 5:57 left in the third quarter.

It was a Murphy takeover for Fukushima as Erik Murphy led with a game-high 21 points on 8-of-13 shooting off the bench, while Alex Murphy added 18 markers on a 7-of-12 clip.

Tokyo import Juan Gomez de Liaño came back from a minor quad injury, and went down swinging with a career-high line of 15 points on 6-of-11 shooting and 3-of-7 from downtown, on top of 8 assists, and 3 steals in 26 minutes as a starter.

The Firebonds took full advantage after the Earthfriends took their foot off the gas as they turned a double-digit deficit into a small 54-52 lead off a momentum-swinging 16-3 run near the end of the third quarter.

Fukushima fully rode the favorable wave in the fourth quarter as they, in turn, erected a double-digit lead, 71-58, off another massive 17-2 blitz with 6:01 left in the final frame.

Although Tokyo woke up from its stupor, and inched within 3, 76-79, off a late 18-8 response, it was too little, too late, as Fukushima import Jason Washburn sealed the deal with a split trip from the line to set the final score.

Fukushima and Tokyo will figure in an early rematch on Sunday, November 7, 12:05 pm, Manila time.

Meanwhile, Kemark Cariño posted 2 points and 5 rebounds in 10 minutes off the bench as his Aomori Wat’s bowed to the Koshigaya Alphas, 109-56, .

Aomori skidded to 1-8 in Division 2 action while Koshigaya climbed to a 6-3 record.