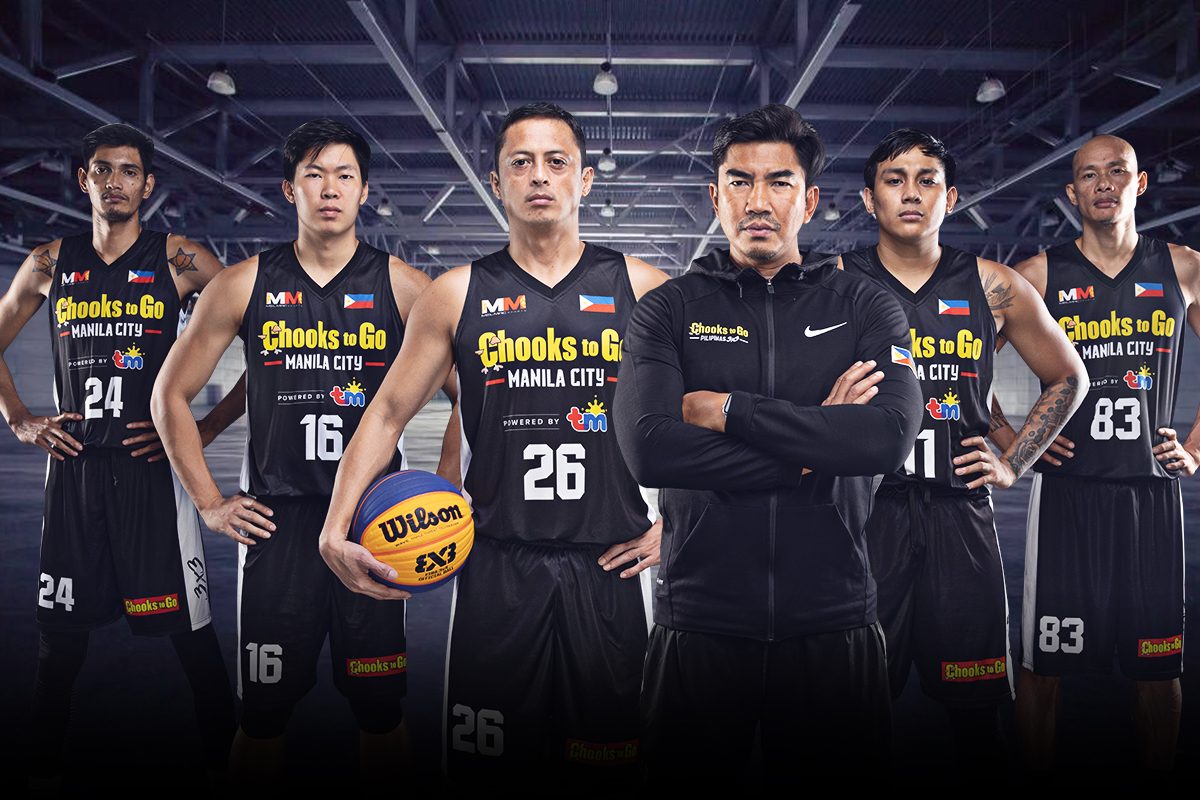 Scrappy veteran Mark Yee is set to make his debut for Manila Chooks 3×3 once the team returns to action at the FIBA 3×3 World Tour Montreal Masters in Canada from September 4 to 5.

The 39-year-old forward will make his return to three-a-side basketball after last plying his craft in 5-on-5 with the Davao Occidental Tigers at the 2021 MPBL Finals, where he won Finals MVP after a 3-1 series win against rival squad San Juan Knights.

Yee last played 3×3 back in September 2019 with Bacolod Fyr Fyter in the Chooks 3×3 Magiting Cup, then joined Zamboanga MLV in Elite League Manila before heading back to the MPBL.

Despite the prevailing quarantine measures restricting sports in Metro Manila, head trainer Aldin Ayo has made sure his players will be in tiptop shape heading to Montreal.

“With regards to conditioning, there will be no problem as we made sure that the players figured in high-intensity workouts. The chemistry will also be there since the team has been together for three months already,” he said.

“But the tournament itself is a different beast. With the limitations that we have, we studied a lot of films on our possible opponents, and we are hoping that the preparations translate to winning games,” he continued.

As expected from a maximum Level 10 FIBA 3×3 tournament, the country’s representatives will have a tough road ahead of them as they are joined by world No. 2 Riga-Latvia, No. 4 Ub-Serbia, No. 7 Amsterdam-Netherlands, No. 8 Antwerp-Belgium, and No. 10 Edmonton-Canada.

USA’s Princeton and Omaha, Switzerland’s Lausanne, Lithuania’s Raudondvaris, and host Canada’s Old Montreal are also in the tourney, while the last slot will be filled by a winner of a FIBA Quest event.