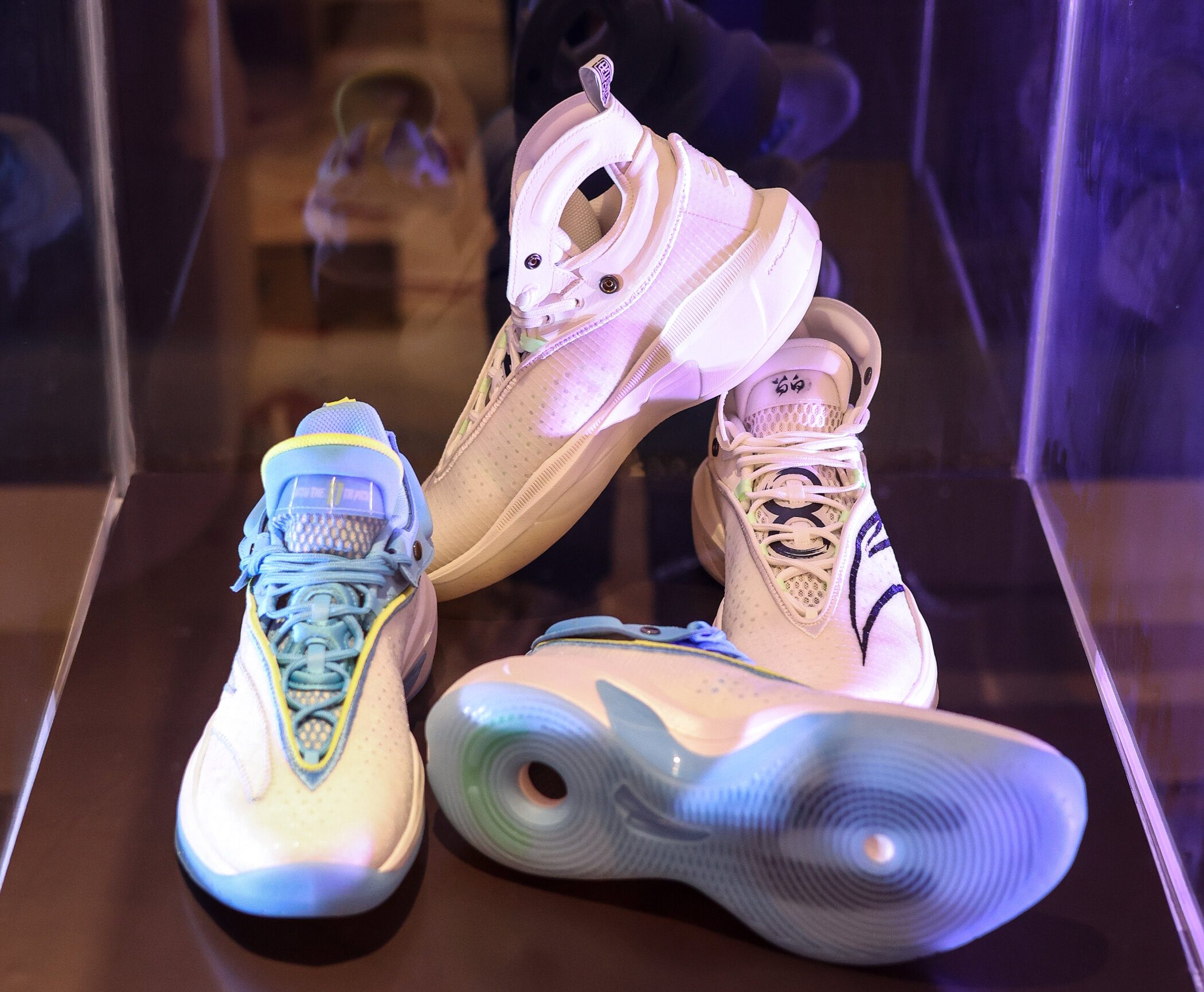 FRESH KICKS. The ANTA KT8 is available in all ANTA stores for the price of P8,995.

All photos from ANTA Philippines

MANILA, Philippines – Two in one.

According to KT8 shoe designer Duane Lawrence, Thompson himself had his own imprint on the design of the shoe, saying that the four-time NBA champion of the Golden State Warriors wanted more mobility inside the hardwood, thus creating the unique folded collar that lets the players choose whether to go with a mid or low look.

“What we come to know about him over the years is he likes a simple, clean shoe,” said Lawrence of Thompson during a recent intimate launch of the all-new KT8 at the Chariman’s Lounge of Okada Manila.

“He also impacted the look because over the years, he keeps saying, ‘I want a low top or I want a mid’, he no longer wanted to play in high tops. He wanted more mobility so that was another point where Klay has a direct influence on the shoe.”

Aside from the adjustable ankle collar of the KT8, the sneaker also features the 3D Flow, its three-axis integration which makes the shoe more stable than ever before.

The shoe’s X-axis provides lateral containment and torsion control provided by A-Flashedge technology, while the carbon fiber suspension in the Y-axis helps with forward propulsion and liftoff. Full-length ANTA Nitroedge in the midsole and Smart S.A.M. technology in the heel make up the Z-axis, which is responsible for cushioning, shock absorption, and energy return.

Compared to the previous models in Thompson’s signature sneaker line, the KT8 also has an 18% reduction in weight, 82.6% rebound rate, and 57.5% durability rate to provide multi-directional stability.

The ‘Remain White, ‘Enough Said’, ‘LA’, and ‘Veterans Day’ colorways of the KT8 are already available in all ANTA stores nationwide for the price of P8,995.

Meanwhile, the ‘Gold Blooded’ colorway, which Thompson rocked in the Warriors’ 123-109 season-opening win against the Los Angeles Lakers, is also set for release in the Philippines in the coming months. – Rappler.com