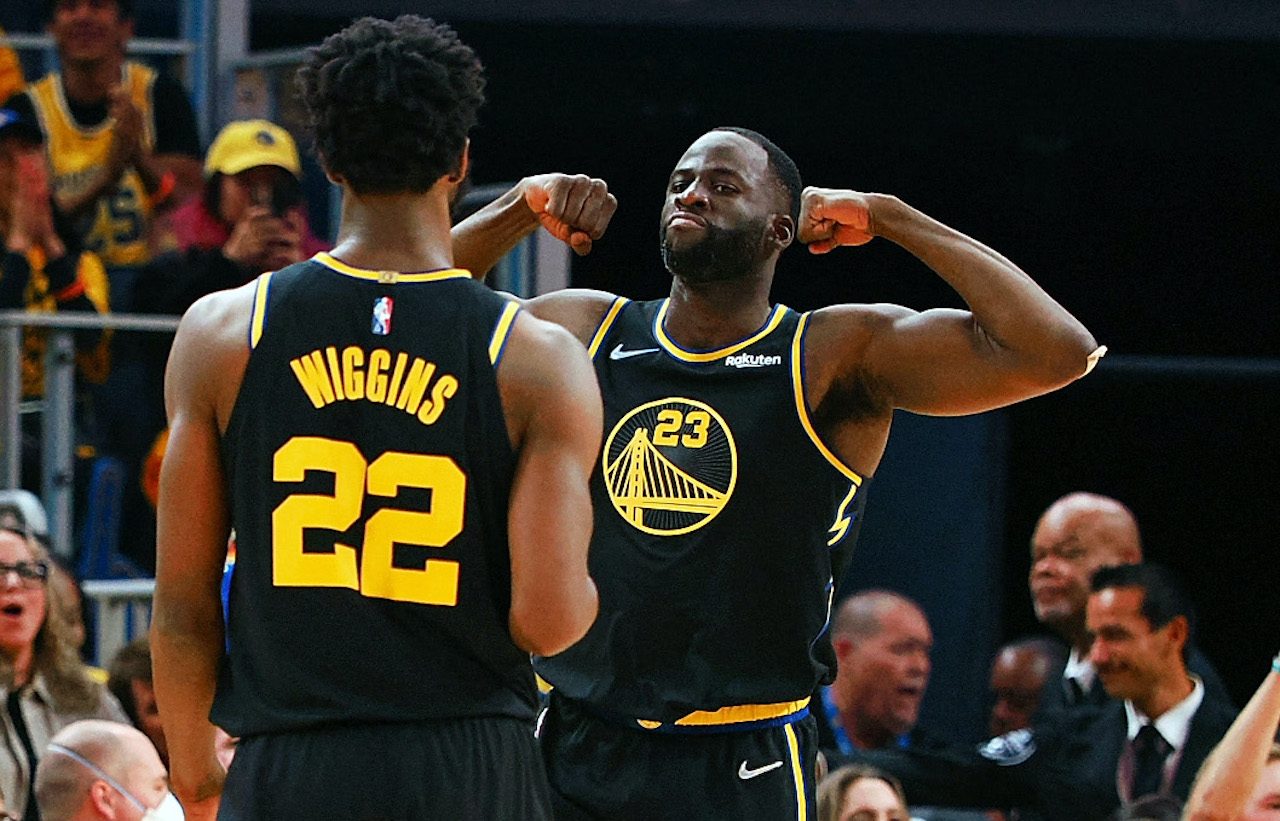 RETURN. Draymond Green and the Warriors are back in the NBA Finals for the sixth time in eight seasons.

Facebook Twitter Copy URL
Copied
'It's the first time that we're truly doing this from a position of leadership,' says Draymond Green as the Warriors reach the NBA Finals after missing the playoffs the past two seasons

The Warriors completed a gentleman’s sweep of the Dallas Mavericks with a 120-110 win in Game 5 of the Western Conference finals in San Francisco on Thursday, May 26 (Friday, May 27, Manila time).

Golden State will face either the Boston Celtics or Miami Heat for the championship.

The “Dubs” won titles in 2015, 2017, and 2018 but their dynasty days looked like they could be over when they won just 15 games in the pandemic-shortened 2020. They missed the playoffs altogether last year before roaring back this season.

“To get this team back there is special because it’s the first time that we’re truly doing this from a position of leadership,” Green said on his podcast on Friday.

“Before we had our vets and we were the young guys. So to do this as the vets and showing the young guys how it’s done – that’s what feels so special.”

The Warriors this season have been powered by Curry’s shooting, breakout performances by Andrew Wiggins and Jordan Poole, and the return of Thompson after he missed two full seasons with leg injuries.

The 32-year-old Green, a versatile and passionate player who has been called the team’s “heartbeat,” said he relished proving the doubters wrong.

“Everybody said we were done. It was over. Time to break it up. Trade this guy, trade that guy,” he said.

While he said he feels gratitude for the moment, he added there was no time for the Warriors to rest on their laurels with the Finals looming.

Finals tip off will be June 2 in San Francisco.

“The worst thing is getting to the NBA Finals and losing because you have the same shortened summer as the winner has,” Green said.

“It’s great, I’m happy to be there, but we’ve still got four more wins to get.” – Rappler.com