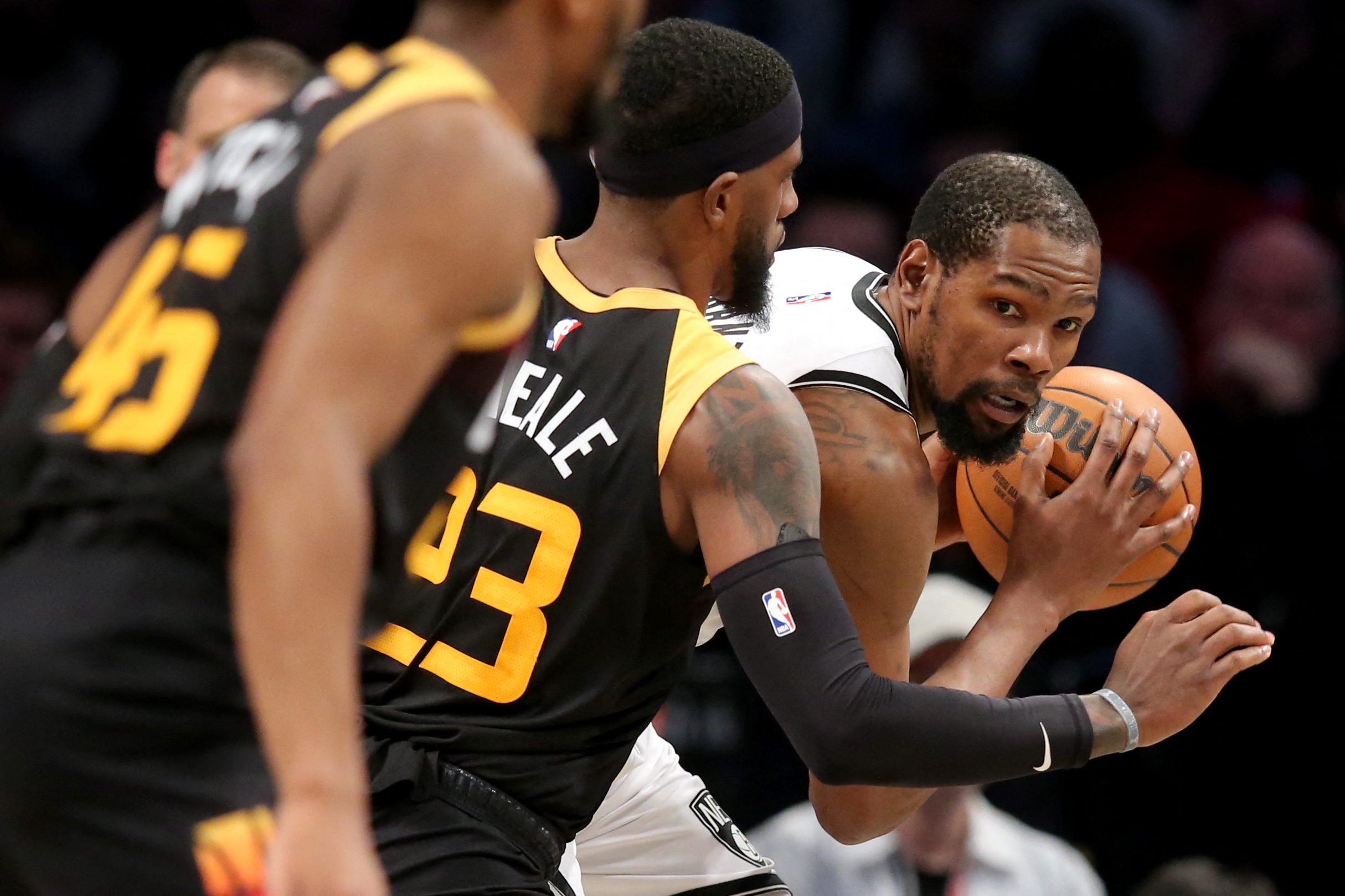 Kevin Durant scored 15 of his 37 points in the third quarter as the Brooklyn Nets surged ahead and held on for a 114-106 victory over the Utah Jazz on Monday, March 21 (Tuesday, March 22, Manila time) in New York.

Durant finished 15-of-23 from the floor and scored at least 35 points in consecutive games for the first time this season. He added 9 rebounds, and also collected 8 of Brooklyn’s 31 assists.

Bruce Brown added a season-best 22 points with 7 rebounds, and 5 assists as the Nets shot 54.2%. Nic Claxton filled in for starting center Andre Drummond (non-COVID illness) and added 11 of his 15 points in the decisive third.

Patty Mills contributed 13 as the Nets began taking control shortly after Seth Curry exited with a left ankle sprain. Curry slipped on a wet spot opposite Utah’s bench with about four minutes left in the second quarter, and was ruled out for the game at halftime.

Donovan Mitchell scored 30 points on 9-of-23 shooting as the Jazz saw their three-game winning streak stopped. Jordan Clarkson added 19, and Mike Conley chipped in 18 with 7 assists as Utah was held to 44.6% from the field.

Clarkson scored 10 points as the Jazz took a 28-25 lead when he hit a three-pointer with 17 seconds left in the opening quarter. The Jazz went scoreless for the final 3:01 of the second as the Nets fired off eight straight points for a 53-51 lead by halftime.

Durant appeared to clinch it by hitting an 11-footer and a three-pointer on consecutive possessions to give Brooklyn a 108-87 lead with 6:09 remaining.