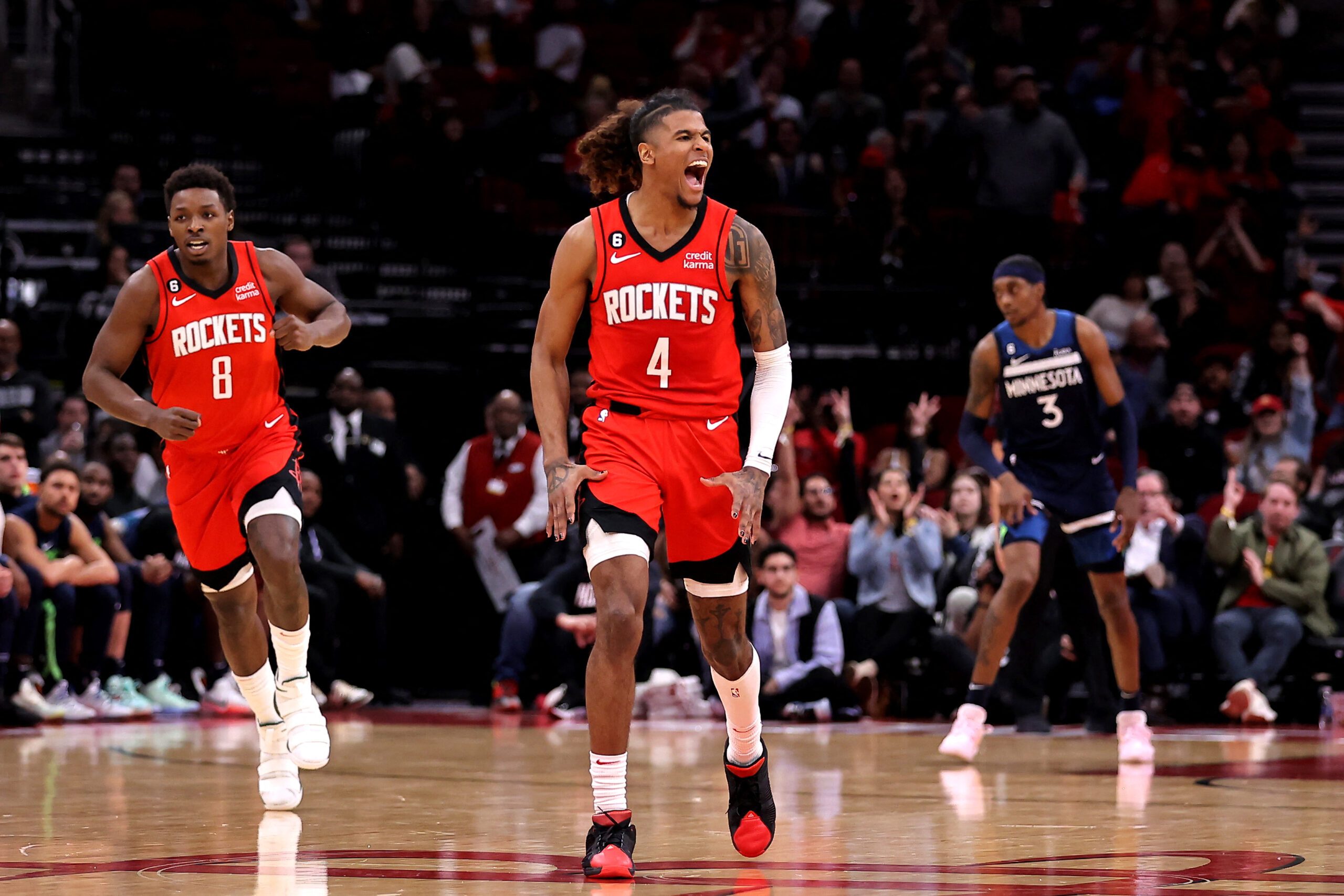 Jalen Green scored 11 of his career-high 42 points in the fourth quarter and the Houston Rockets held on for a 119-114 home victory over the Minnesota Timberwolves on Monday (Tuesday, January 24, Manila time), snapping a 13-game losing skid.

After missing 10 of 13 shots and committing six turnovers in a loss at Minnesota last game, Green was electric down the stretch in the rematch.

The Timberwolves trailed by 11 early in the fourth quarter, but Anthony Edwards pulled them within 100-99 on a 3-pointer with 5:06 left.

Green responded with a driving layup, a 3-pointer, an elbow jumper and a blocked shot in succession. He answered another Edwards trey with a 3-pointer of his own for a 112-103 lead with 41 seconds left. Green added a free throw with 10.7 seconds left.

Green shot 15 of 25 from the floor including 6 of 12 from behind the arc. Alperen Sengun added 21 points, seven rebounds and seven assists as Houston ended a 10-game homecourt skid.

Edwards paced the Timberwolves with 31 points, 17 in the fourth quarter, while D’Angelo Russell matched his season high of 30 points while dishing out seven assists.

Rudy Gobert returned from a three-game absence caused by a groin injury and contributed 15 points and 16 rebounds, but Minnesota failed in a bid to climb above .500 for the first time this month.

A first half of alternating runs continued in the third. Green sank a buzzer-beating 3-pointer that gave the Rockets a 90-81 lead entering the final period.

Houston shot 61.9 percent in the first quarter, including 12-of-15 success inside the arc while recording 18 points in the paint. However, the Rockets guilty of five turnovers in the frame, and after securing a 29-17 lead, allowed Edwards to single-handedly lift Minnesota back into contention.

Edwards scored seven of his 10 first-quarter points in the final 2 1/2 minutes of the period, a run that enabled the Timberwolves to slice the deficit to five points entering the second.

Russell scored 13 points during an 18-5 Timberwolves surge in the second, including three successive treys, as Minnesota grabbed a 48-42 lead with 3:32 left in the half.

The Rockets clawed back to pull even entering the intermission, 56-56. Russell tallied 19 points in the half to counter Green and his 21 first-half points. – Rappler.com