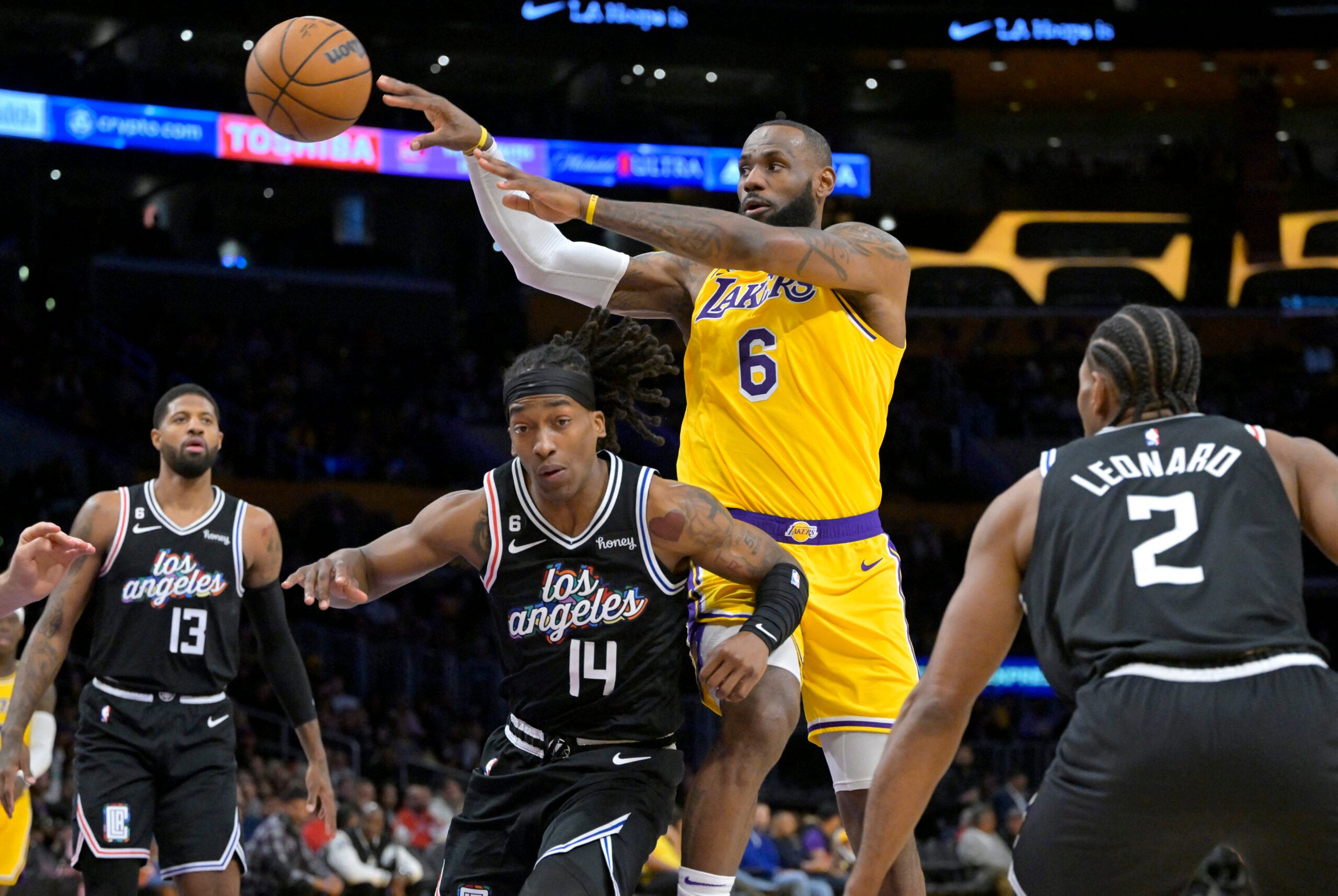 Facebook Twitter Copy URL
Copied
LeBron James becomes the first player in history to have a 40-point game against every NBA franchise, but the Clippers spoil the milestone with an 18-point drubbing of the Lakers

The Clippers won despite Lakers star LeBron James putting up 46 points, 2 off his season high, as well as 8 rebounds and 7 assists. James became the first player in history to have a 40-point game against every NBA franchise.

Norman Powell scored 22 points as the Clippers earned their 10th consecutive victory over the Lakers going back to the opening game of the 2020-2021 season.

The Clippers made 15 three-pointers in the first half and 19 in the game while shooting 50% from long distance.

Russell Westbrook had 17 points for the Lakers, who played one day after they acquired forward Rui Hachimura in a trade with the Washington Wizards. Hachimura was in attendance but not activated on Tuesday. He is expected to make his Lakers debut Wednesday against the visiting San Antonio Spurs.

Thomas Bryant scored 15 points for the Lakers, who might also have star forward Anthony Davis back Wednesday after he missed 20 games with a foot injury.

The Lakers showed just how much they could use reinforcements when they trailed 77-54 at halftime. It was the most first-half points the Clippers have scored against the Lakers in franchise history.

The only bright spot for the Lakers in the first half came when Westbrook reached 24,000 career points with a first-quarter basket.

However, an 8-0 run, with 5 points from Leonard, had the Clippers back up 121-103 with 5:07 remaining, and the Lakers then went to their reserves on the first night of a back-to-back.

The Clippers’ Marcus Morris Sr. came away with a rib contusion in the first quarter and did not return after scoring 5 points in 10 minutes. Reggie Jackson had 19 for the Clippers and Terance Mann had 17. – Rappler.com