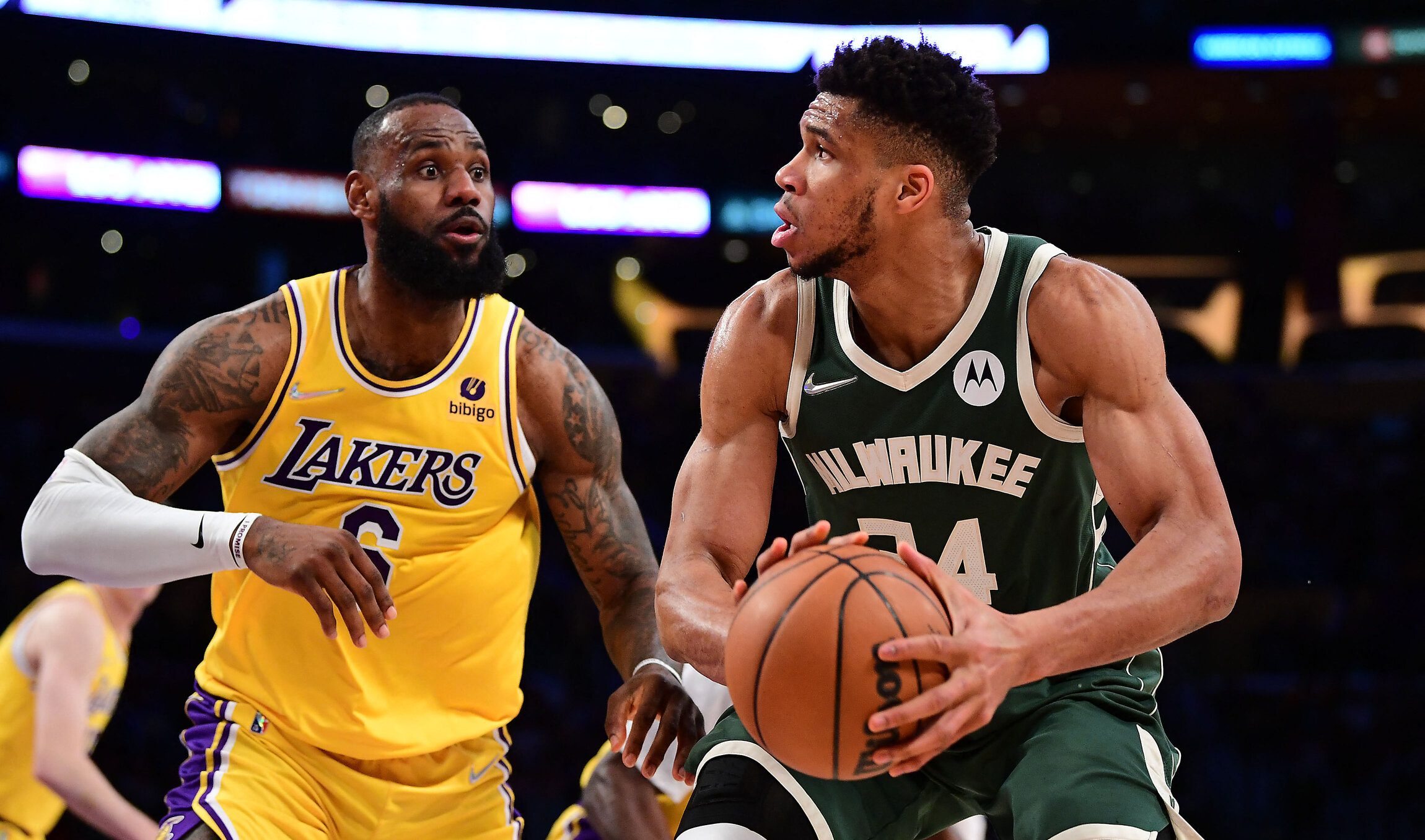 STAR-STUDDED. Bucks' Giannis Antetokounmpo eyes the basket against Lakers' LeBron James during the second half.

Bobby Portis added 23 points for Milwaukee, which shot 54.2% from the floor and led by as many as 30 points in the third quarter. Khris Middleton scored 21 points, Jrue Holiday had 15 points and 10 assists, and Grayson Allen added 12 points.

Antetokounmpo made his first 11 shots and finished 17-of-20 on field-goal attempts.

The Lakers rallied within 118-108 when Monk scored with 5:05 remaining to cap a 25-9 run, but Milwaukee quickly regained control in the final minutes.

Los Angeles lost for the fifth time in the past seven games, while Milwaukee moved a season-high 14 games over .500.

The Lakers took a brief 12-10 lead on Monk’s trey with 8:14 left in the first quarter before Milwaukee took control and never looked back. Antetokounmpo scored 13 points in the quarter to help the Bucks take a 38-24 lead.

The Bucks took a commanding 78-56 lead into halftime behind Antetokounmpo and Middleton, who scored a combined 44 points.

Milwaukee set a season-high point total in the first half while shooting 68.2% from the field and 9-of-16 (56.3%) from three-point range.

The onslaught continued after the break and the Bucks extended their lead to 99-69 on Portis’ three-pointer with 6:05 left in the third quarter.

Milwaukee won its third straight meeting against the Lakers, who played without Carmelo Anthony (hamstring) and Dwight Howard (back).

Milwaukee improved to 18-0 this season when scoring at least 120 points. The Bucks have scored an average of 135 points over their past three games. – Rappler.com