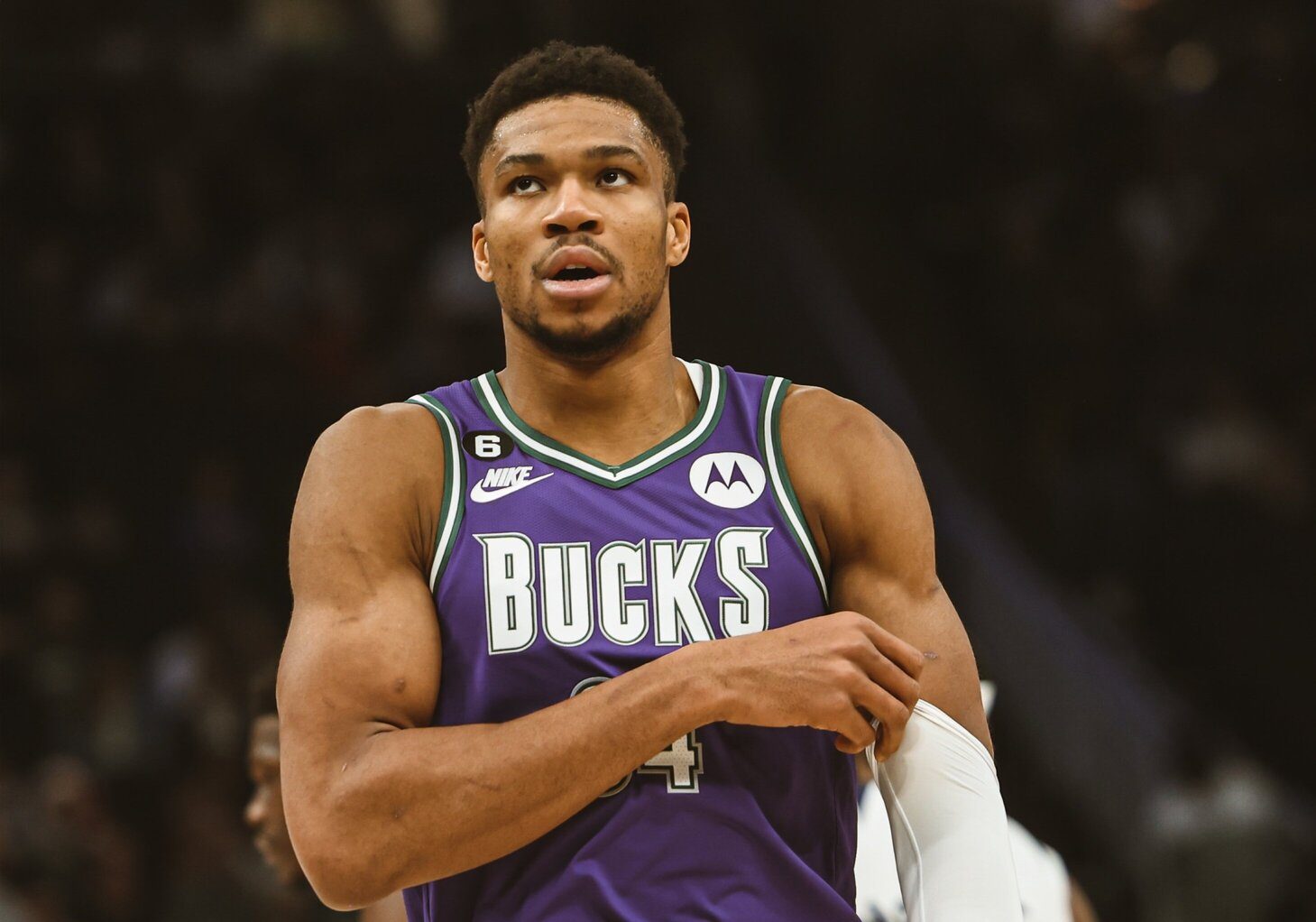 Facebook Twitter Copy URL
Copied
The Bucks finally snap out of a funk, ending a four-game skid with Giannis Antetokounmpo becoming the first player in 40 years to drop back-to-back 40-20 games

Giannis Antetokounmpo had 43 points and 20 rebounds as the Milwaukee Bucks snapped a four-game losing streak with a 123-114 win over the visiting Minnesota Timberwolves on Friday night, December 30 (Saturday, December 31, Manila time).

Antetokounmpo, who has scored 40-plus points in four of his last six games, became the first player to drop back-to-back 40-20 games since 1982.

Bobby Portis Jr. had 22 points and 14 rebounds, and Joe Ingles recorded season highs with 14 points and 10 assists for the Bucks, who trailed by 11 at the break. Brook Lopez contributed 13 points and 4 blocks, while Jevon Carter had 10 points, 8 rebounds, and 5 assists.

Minnesota lost its fifth straight game despite the efforts of Anthony Edwards, who had 30 points, 10 rebounds, and 4 steals. Luka Garza, Jaylen Nowell, and Naz Reid added 16 apiece, while D’Angelo Russell had 15 points and 7 assists.

Reid added 7 rebounds while starting in place of center Rudy Gobert, who sat out with a non-COVID illness.

After being held to 17 points in the second quarter, Milwaukee outscored the Wolves, 39-22, in the third. Antetokounmpo had 15 points in the period to lead the Bucks’ surge.

Portis recorded his 20th double-double of the season and hit one of his two three-pointers during a 19-9 run to close the third quarter.

Milwaukee led 89-83 to start the fourth period and stretched its lead to 105-89 with 7:31 remaining after Grayson Allen and AJ Green hit back-to-back three-pointers.

Edwards, who scored at least 20 points for the seventh consecutive contest, was able to stay in the game following a hard fall late in the fourth quarter. He scored 4 straight points to cut the deficit to 110-102 with 3:46 left.

But Milwaukee held on and still led by 6 before Allen’s trey sealed the victory with 35.4 seconds remaining.

Both teams set the tone early with a high-scoring first quarter. Minnesota led 34-33 after shooting 58.3%.

The Wolves took a 61-50 lead into the half after holding the Bucks to 34.6% shooting from the field and 13.6% (3-of-22) from three-point range. Antetokounmpo had 22 points in the first half to lead all scorers.