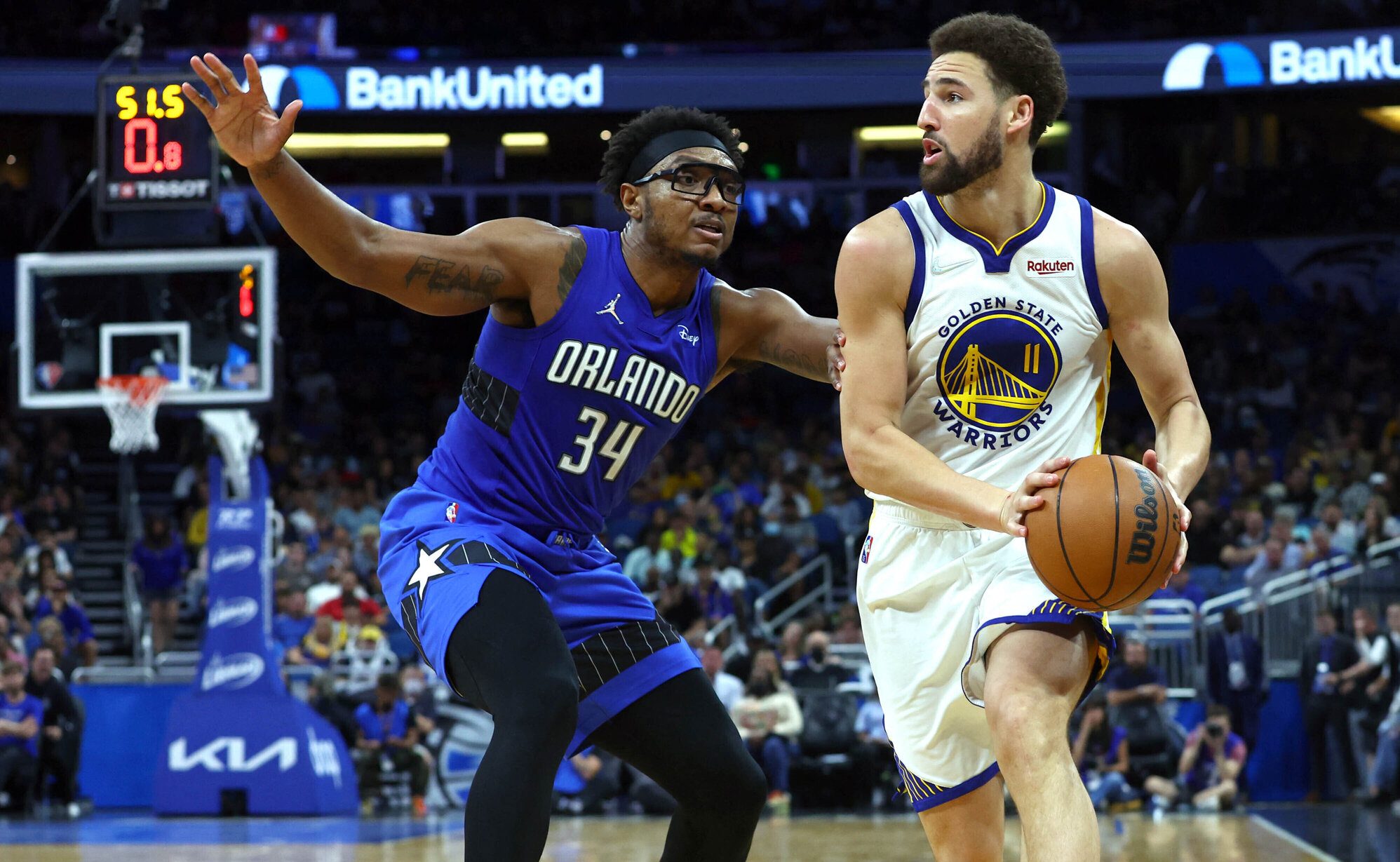 Following the Warriors’ unsuccessful coach’s challenge for a shooting foul, Franz Wagner hit three free throws with 13.2 seconds remaining for a 92-88 lead for the Magic.

The rookie out of Michigan added a dunk off an inbounds play moments later to complete the scoring. Wagner ended the game with 18 points on the night.

Wendell Carter Jr. finished with 19 points and 8 rebounds for the Magic, which won its second straight. Bamba had 7 points, 7 boards, and 3 assists. His timely three-pointer was just his second basket in 23 minutes of action.

For the Warriors, Jordan Poole scored 12 of his game-high 26 points in the third quarter to go with 6 assists and Otto Porter Jr. contributed 14 points and 15 rebounds off the bench as Golden State opened a five-game road trip.

Klay Thompson made a pair of three-pointers and scored 15 points for the Warriors, who were playing their second game since star guard Stephen Curry sprained his left foot.

Jonathan Kuminga had a strong game off the bench with 14 points on 6-for-8 shooting. Andrew Wiggins, who scored 28 points in the first meeting between the teams on December 6, had 13 points (5-for-19 shooting) and 8 rebounds.

The Warriors, who trailed by as many as 13 points in the first quarter, outscored Orlando 36-19 in the third period on the strength of a 7-for-11 performance behind the arc. Golden State ended the quarter on a 22-13 run to take a 74-65 lead into the final 12 minutes.

Orlando jumped out to a 13-point lead before settling for a 25-17 advantage after the first quarter as Anthony made three triples and Wagner scored 8 points.

Orlando rookie Jalen Suggs (ankle) missed his fourth straight game, while the Magic also announced on Tuesday that forward Jonathan Isaac underwent a small surgical procedure after suffering a right hamstring injury. Isaac was already set to miss the entire season as he recovers from a torn left ACL. – Rappler.com