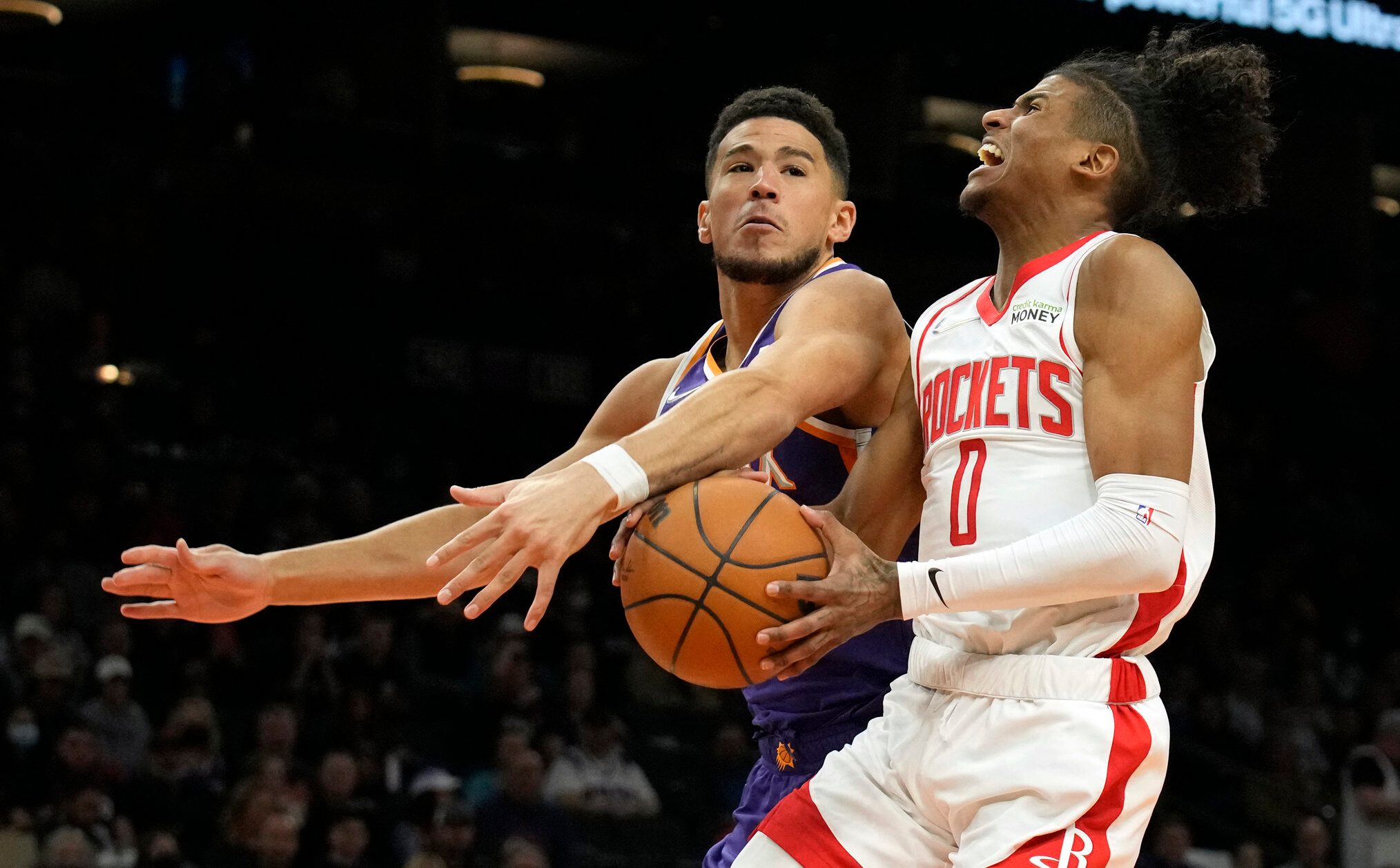 Devin Booker recorded 24 points and 8 assists and the Phoenix Suns survived the ejection of Chris Paul to rally for a 124-121 victory over the visiting Houston Rockets on Wednesday night, February 16 (Thursday, February 17, Manila time).

Deandre Ayton added 23 points and 9 rebounds, Mikal Bridges registered 17 points and 7 rebounds, and Cameron Johnson added 14 points for the Suns, who won their seventh straight game and 18th of their past 19.

Phoenix trailed the entire third quarter before using a strong fourth quarter to defeat the Rockets for the seventh consecutive time and head into the All-Star break with an NBA-best 48-10 record.

Paul was ejected after apparently inadvertently making contact with official JT Orr with 9:07 left in the third quarter. Paul had 11 points and 6 assists in 19 minutes prior to his ejection.

Dennis Schroder had 23 points and 9 assists and Jae’Sean Tate added 22 points and 10 rebounds for Houston, which lost its sixth straight game and 10th of its past 11.

Houston played without Christian Wood and Kevin Porter Jr. due to illnesses.

Kenyon Martin Jr. tallied 11 points for the Rockets, who shot 43.3% from the field and were 13-of-44 from three-point range.

Houston had led by 12 points late in the first half but trailed by eight before exploding with a 13-2 run to take a 114-111 lead with 1:56 left. Sengun’s basket tied it with 2:56 left and Green drained a tiebreaking three-pointer.

Johnson connected on a three-pointer with 1:47 left to tie it for the Suns and Bridges’ basket gave Phoenix a two-point lead with 1:10 to play. Bridges then scored on a putback to give the Suns a four-point edge with 31.5 seconds remaining.

The Rockets didn’t go away and Gordon drilled a three-pointer with 4.6 seconds left to make it a one-point margin. Booker hit two free throws with 2.1 seconds remaining prior to Gordon’s game-ending miss.

Phoenix scored the first 12 points of the fourth quarter to turn a six-point deficit into a 101-95 lead with 8:42 remaining.

Tate had 16 points and 7 rebounds in the first half as the Rockets held a 67-59 lead at the break. – Rappler.com