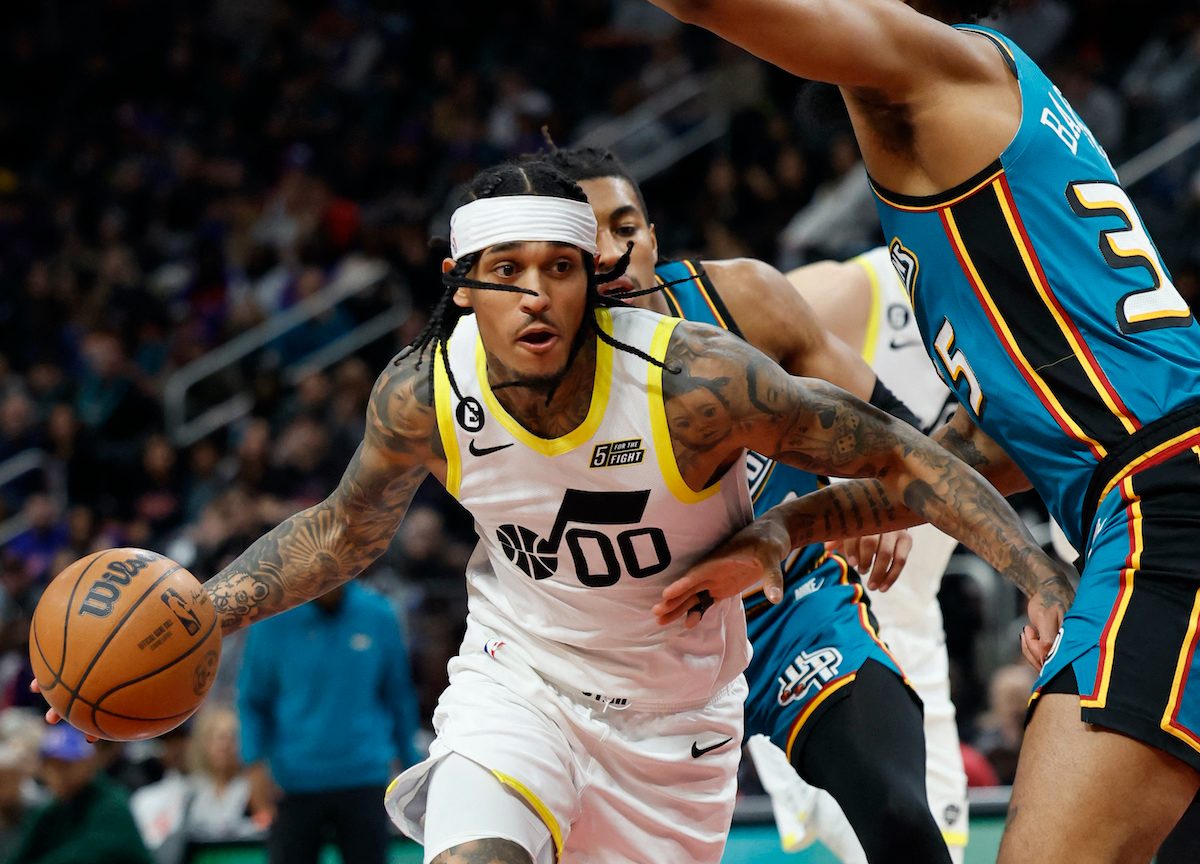 HEAT UP. Jordan Clarkson scores 14 of his 21 points in the first half as the Jazz beat the Pistons.

Lauri Markkanen tied his career high with 38 points and the visiting Utah Jazz pulled away from the Detroit Pistons, 126-111, on Tuesday, December 20 (Wednesday, December 21, Manila time).

Markkanen made 13 of 20 field-goal attempts, including 9 three-pointers. Markkanen also had 38 points against Phoenix last month.

Jordan Clarkson had 21 points and 6 assists. Jarred Vanderbilt supplied 18 points, 13 rebounds, and 6 assists, and Malik Beasley tossed in 17 points off the bench.

Walker Kessler added 10 points and 9 rebounds, while Mike Conley chipped in 7 points and 7 assists as Utah bounced back from a lopsided loss to Cleveland on Monday.

Markkanen had 19 points by the break and Clarkson contributed 14. Ivey led the Pistons with 18 points and 4 assists.

The Jazz held a slim lead for much of the third quarter. Clarkson’s basket with 3:37 left in the quarter gave Utah an 85-78 lead.

Kessler’s putback a minute later made it 89-81.

The Jazz went on a 6-2 run in the final 1:47 of the quarter to increase the advantage to double digits at 95-85. Beasley had a pair of baskets during that span, while Conley had a layup and an assist.

Beasley also scored the first basket of the fourth quarter. Another bucket from Beasley increased the Jazz’s advantage to 13 points and his three-pointer a minute later off Vanderbilt’s feed pushed their lead to 109-94.

A 10-2 Jazz spurt stretched the advantage to 21 points. Markkanen had 5 of those points, including a three-pointer. – Rappler.com