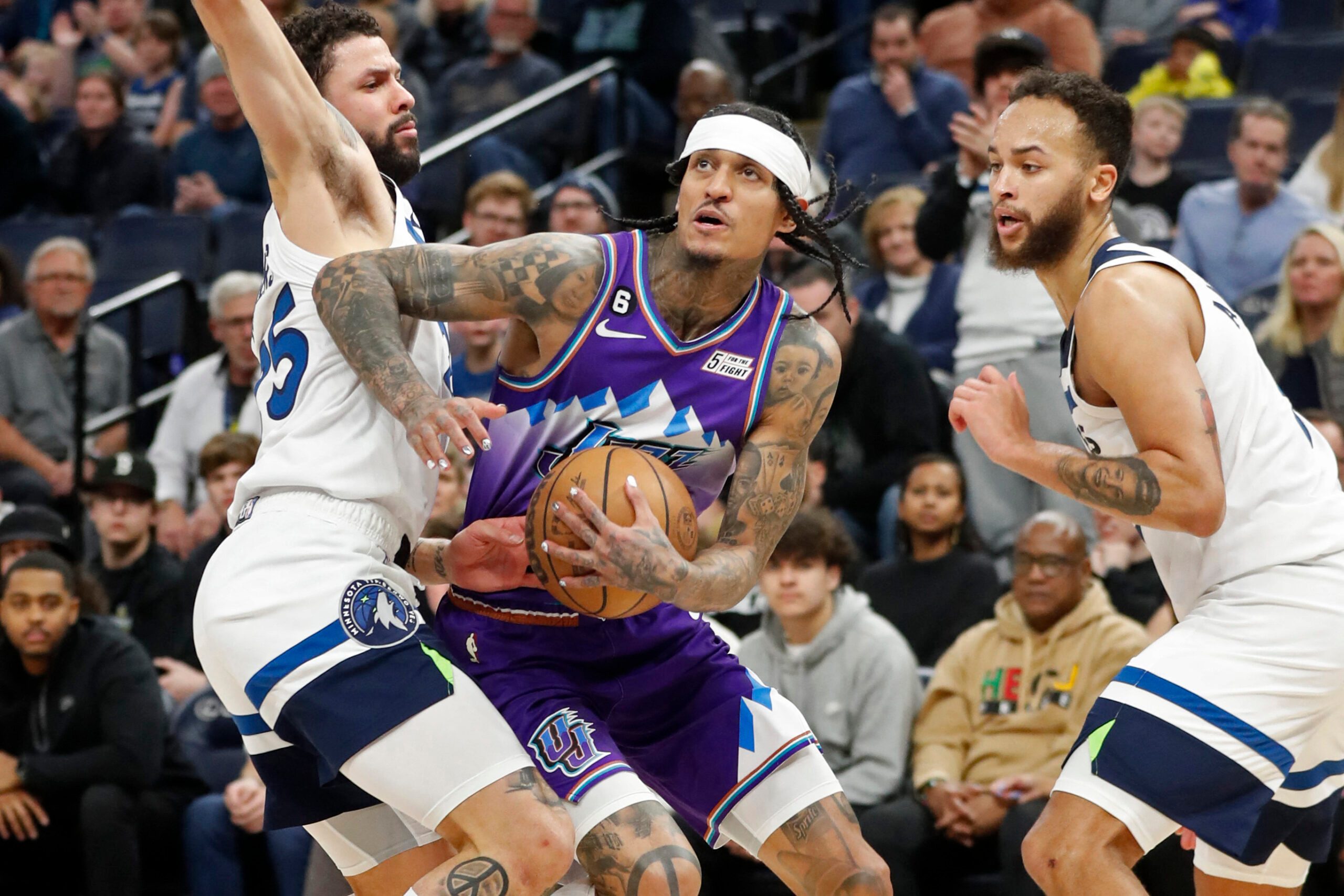 Jordan Clarkson hit a game-winning free throw with four seconds remaining and scored 21 points to lead the Utah Jazz to a 126-125 victory over the Minnesota Timberwolves on Monday afternoon (Tuesday, January 17, Manila time) in Minneapolis.

Rookies Walker Kessler and Ochai Agbaji each played pivotal roles in helping the Jazz win their third game in four outings, and seven Utah players reached double figures in scoring to make up for the absence of leading scorer Lauri Markkanen.

Kessler finished with 20 points and a career-high 21 rebounds with four assists and two blocked shots, while Agbaji added 17 points off the bench, including nine in the fourth quarter.

Anthony Edwards led all scorers with 29 points, but the Timberwolves couldn’t hold a 10-point fourth-quarter lead in losing for the second time at home to Utah this season.

Kyle Anderson amassed a triple-double of 13 points, 11 rebounds and 10 assists in the loss, while D’Angelo Russell chipped in with 21 points and seven assists for Minnesota.

Edwards gave the Wolves a five-point lead with 5:31 remaining on a day when the 21-year-old became the youngest player in NBA history to reach 500 career 3-pointers. His four treys put him at 502 in his third season.

Edwards then put Minnesota up by four after Clarkson trimmed the lead with a four-point play. Kessler and Agbaji responded with baskets to tie the game, and the teams went back and forth in the final few minutes.

Agbaji gave the Jazz a five-point lead with 1:26 remaining, but Minnesota knotted it up again at 125 after Rivers’ 3 and Russell’s layup with 13.1 seconds left.

Rivers fouled Clarkson with four seconds remaining, and the Jazz guard made the first of two free throws. Jaden McDaniels then missed a game-winning 3-point attempt at the buzzer.

Rudy Gobert only played five minutes against his old team before leaving his second consecutive game due to right groin soreness. – Rappler.com