Warriors’ Curry not expecting to miss a game with foot injury CRUCIAL. Warriors guard Stephen Curry reacts to an apparent injury during the fourth quarter against the Celtics in Game 3.

Golden State’s Stephen Curry injured his foot late in Game 3 of the NBA Finals on Wednesday, June 8, but said he does not expect to miss Friday’s contest.

Celtics forward Al Horford ended up on top of Curry during a scramble for a loose ball in the fourth quarter, leaving the Warriors guard writhing in pain on the floor but he was able to keep playing.

“Obviously will be in some pain, but I’ll be alright. See how I feel tomorrow and get ready for Friday,” Curry said after the game, a 116-100 Celtics win that put Boston up 2-1 in the best-of-seven series.

“I don’t feel like I’ll miss a game. I’ll take advantage of these next 48 hours to get ready.”

Curry said the injury was similar to but not as bad as the foot strain he suffered in a game against the Celtics in March, which kept him sidelined for a month.

The three-time NBA champion scored a game-high 31 points on Wednesday and called Game 4 a “must win.”

“We still feel like we can win the series. Got to come out with the right intensity and focus in Game 4,” he said.

Curry’s teammates did not sugarcoat what it would mean if they had to play without him.

“We need him if we want to win this thing,” Klay Thompson said. 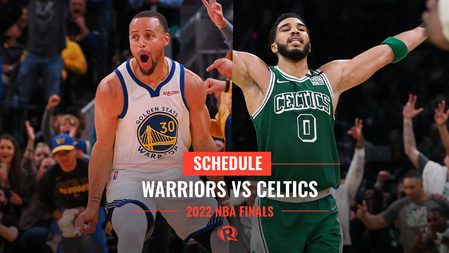