MANILA, Philippines – The clock continues to wind down before the highly anticipated 2022 NBA Draft, and Filipino aspirant Kai Sotto continues to wade through waves of uncertainties heading to the life-changing event.

Once pegged to be way out of range of the top 60 picks – only 58 this year due to Miami and Milwaukee’s tampering violations – the 7-foot-3 center came out of nowhere to land at the 49th spot with the Sacramento Kings in Sports Illustrated’s mock draft.

With his selection, SI’s Brett Siegel becomes the first mainstream US media writer to include Sotto within the top 60, and so far, no other outlet has followed suit.

NBA Draft Room still ranks the 20-year-old prospect at rank 102, while other mock drafts that don’t go beyond the top 60 also still haven’t mentioned Sotto on their lists. 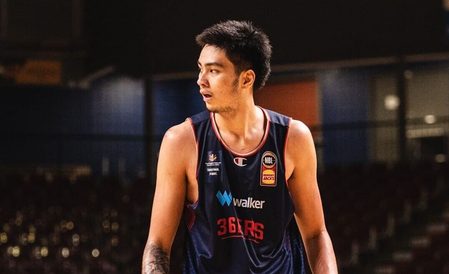 Siegel assigning Sotto to the Kings in his list is interesting, to say the least. After all, Filipino communities are aplenty in California, and Sacramento’s G League affiliate, the Stockton Kings, currently have Fil-Am hoops legend Jimmy Alapag as an assistant coach.

Fit-wise, however, Sotto will have to contend with multiple centers on the Sacramento roster such as All-Star Domantas Sabonis, Richaun Holmes, and Damian Jones.

But before anyone gets too excited, the fact still remains that SI’s list is the anomaly, not the norm. Though Sotto is reportedly having multiple private workouts with a handful of NBA teams, he is still not a surefire pick come June 24 (June 25, Manila time).

There is still time for the high-upside big man, however, as the NBA allows players to withdraw from the draft until June 13 (June 14, Manila time).

If he and his representatives still feel iffy about his NBA future, Sotto can just return to the Australia National Basketball League (NBL) – where he still has a live contract with the Adelaide 36ers – and try again in next year’s draft.

Again, whether he gets accepted to an NBA team or not, the sky is still the limit for the young Sotto – one of the main pillars of Philippine basketball’s future.