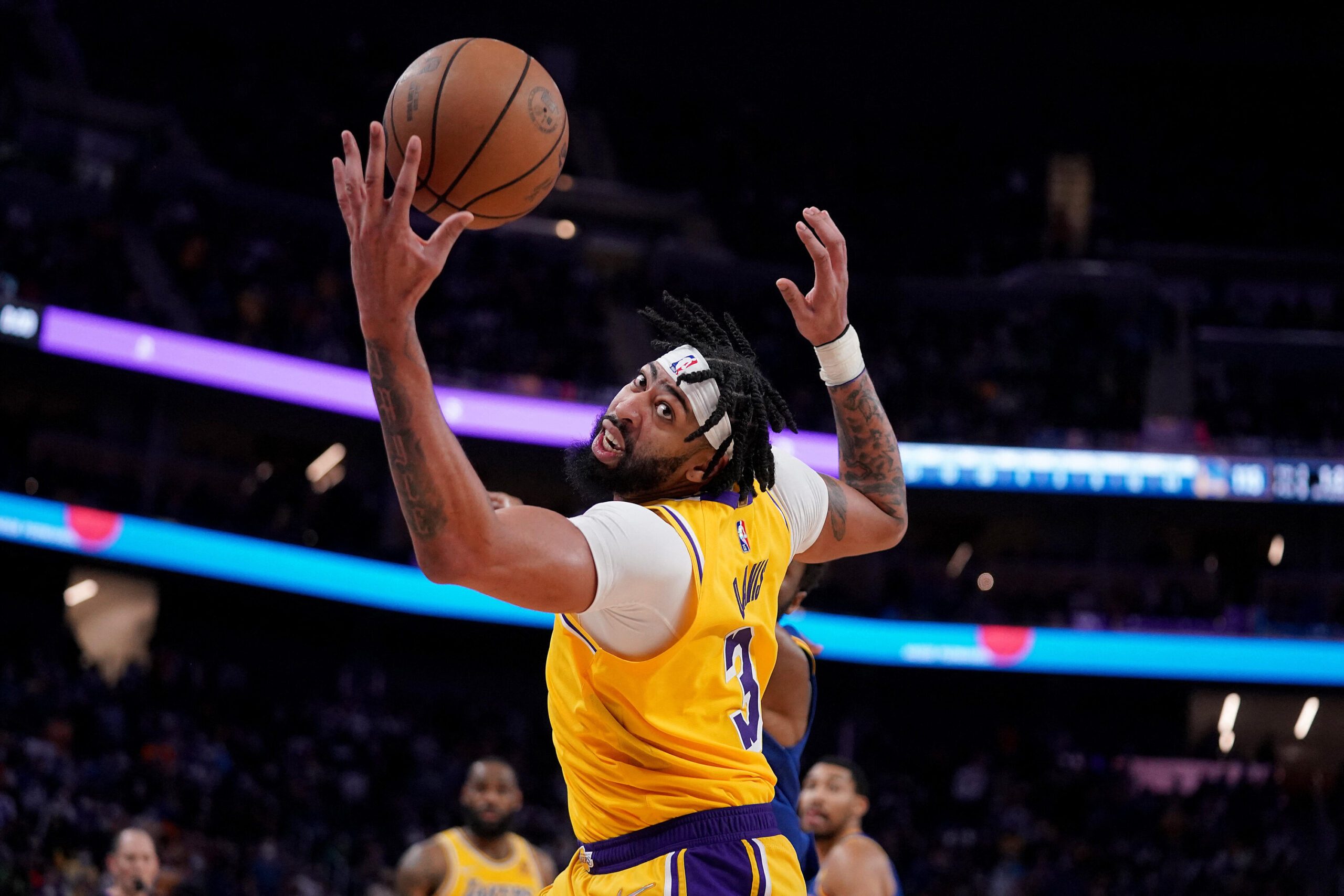 OUT AGAIN. Anthony Davis catches a pass in the Lakers' recent game against the Warriors.

Facebook Twitter Copy URL
Copied
'Win games until we get him back… We can't feel sorry for ourselves,' says coach Frank Vogel as the Lakers deal with the absence of Anthony Davis again

Lakers forward Anthony Davis is expected to be sidelined at least two weeks after sustaining a right ankle sprain in Los Angeles’ 106-101 win against the Utah Jazz on Wednesday, February 16, ESPN reported.

Per the Lakers, Davis underwent X-rays on Wednesday that revealed no fracture. He has an MRI scheduled for Thursday, and the team announced he will be reevaluated after the upcoming All-Star break.

Davis was pulling down a rebound in the air when his right foot landed on the heel of Utah’s Rudy Gobert. Davis’ right ankle rolled, sending him immediately to the floor.

After a visit from team medical staff, Davis was helped off the court, unable to put weight on his right foot. He collected 17 points, 2 rebounds, 2 assists and two blocks in 17 minutes before leaving.

“Win games until we get him back,” Lakers coach Frank Vogel told reporters. “It’s that simple. We can’t feel sorry for ourselves. We don’t know obviously how long it will be, but we gotta win as many games as we can down the stretch and believe in the group that we have. And hopefully we’re able to get whole as quickly as possible.”

The Lakers (27-31) return to action on February 25 against the visiting Los Angeles Clippers.

It has been an injury-plagued season for the eight-time All-Star, who had been listed as probable for Wednesday’s game with a wrist injury. Davis had just returned January 23 from a 17-game absence because of a knee injury. He also missed significant time last season with separate calf and knee injuries.