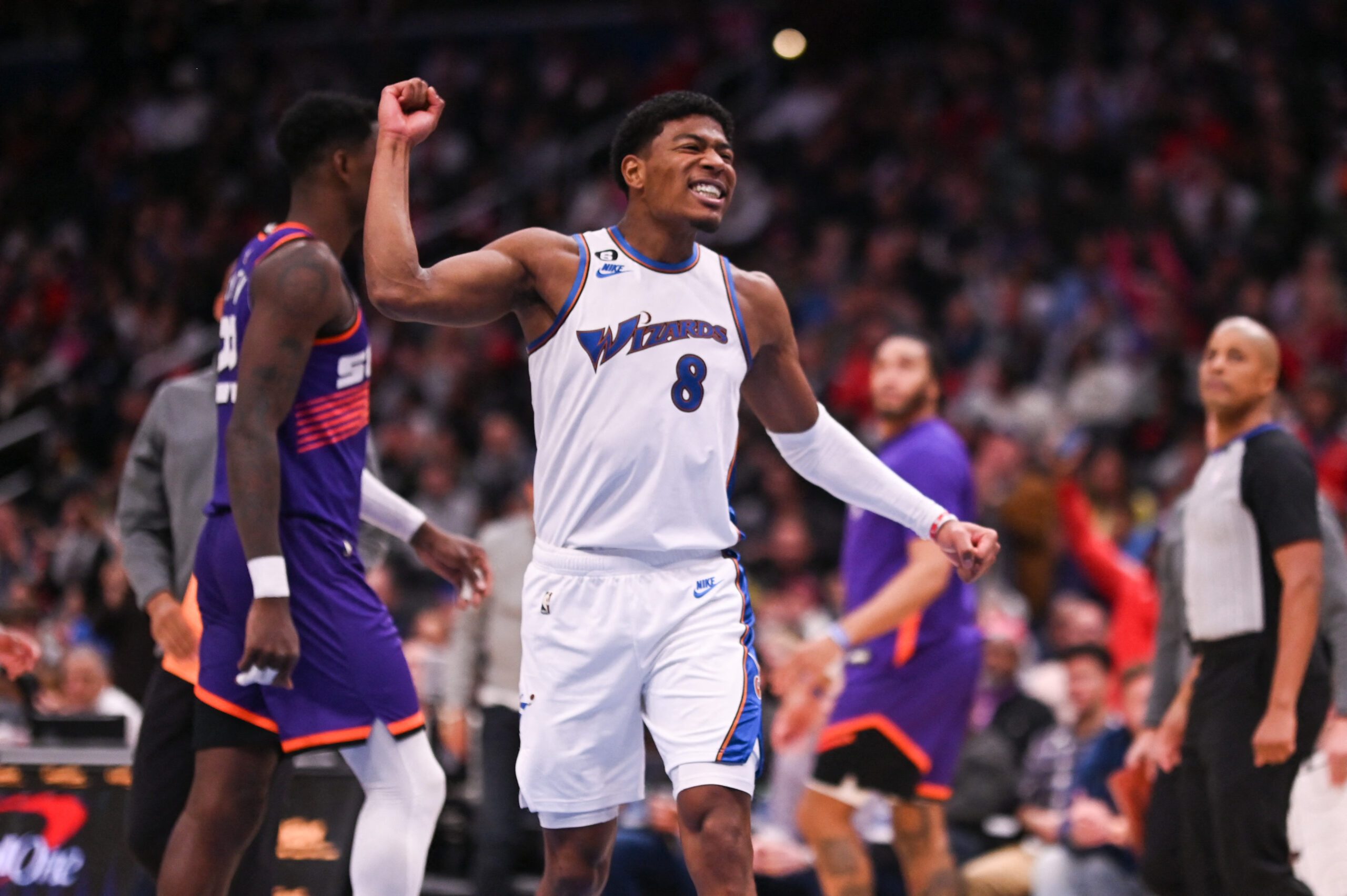 DC TO LA. Washington Wizards forward Rui Hachimura (8) reacts after making a basket during the second half against the Phoenix Suns at Capital One Arena. Mandatory Credit: Tommy Gilligan-USA TODAY Sports

“Adding both size and depth to the wing position has been a goal, and the chance to accomplish that by acquiring a player with Rui’s two-way skills and upside was an opportunity that doesn’t present itself often,” Lakers general manager Rob Pelinka said in a release.

Hachimura was the No. 9 overall pick in the 2019 NBA Draft. He started all 105 games he played in over his first two seasons with the Wizards before being relegated to a reserve role. The native of Japan has averaged 13.0 points and 5.1 rebounds per game for his career.

“Kendrick has shown the ability to be a solid perimeter threat who can provide instant offense as a reserve,” Wizards president Tommy Sheppard said in a release.

“He has proven to be a valuable contributor during his young career, most notably as key role player helping Miami make a run to the Finals.”