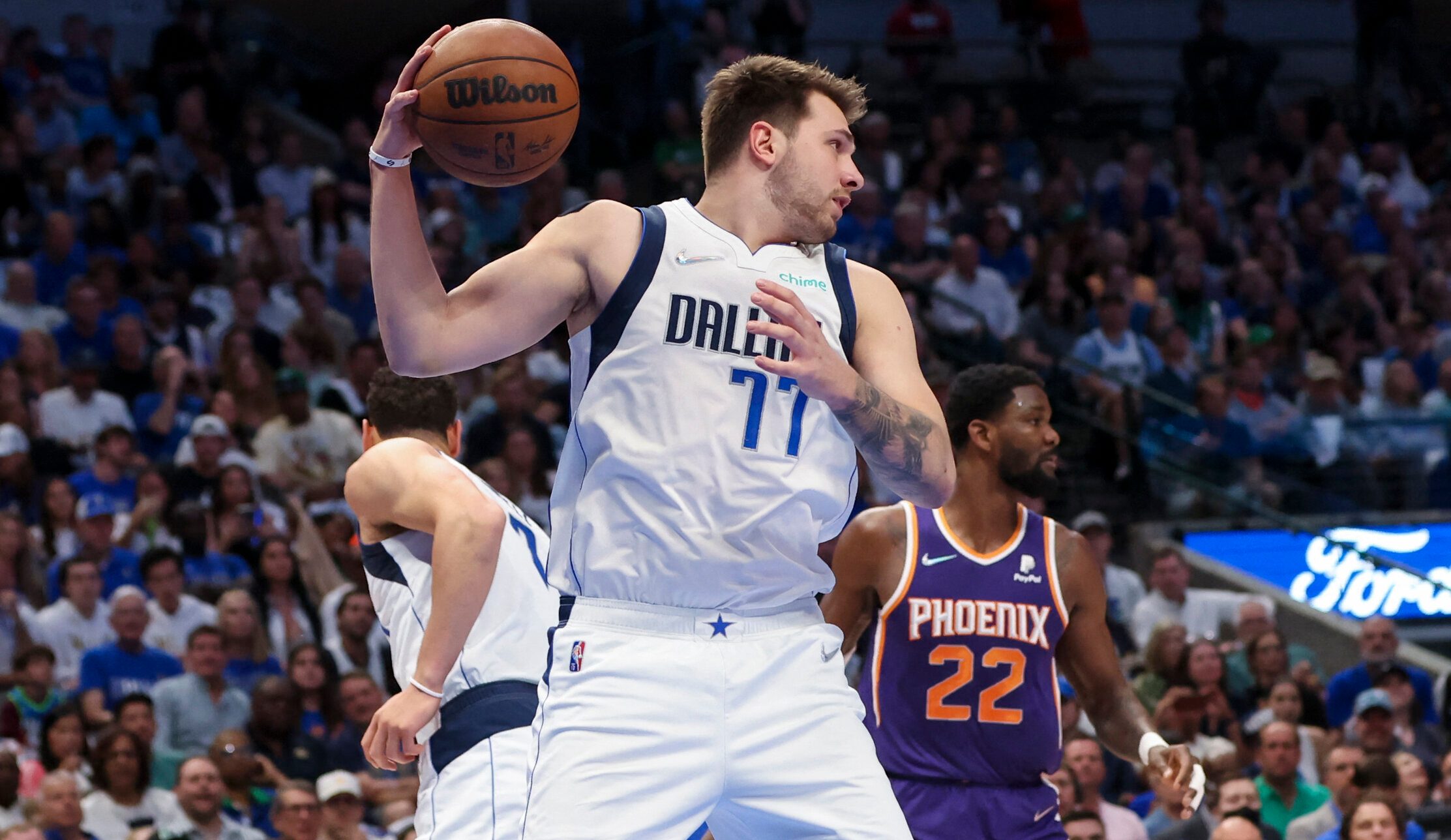 BOUNCE BACK. Mavericks star Luka Doncic grabs a rebound against the Suns.

Doncic finished with 26 points, 13 rebounds, and 9 assists for fourth-seeded Dallas, which sliced top-seeded Phoenix’s lead to 2-1 in the best-of-seven Western Conference semifinals.

Game 4 of the series is Sunday in Dallas.

The Mavericks also got 15 points from Reggie Bullock plus 14 each from Dorian Finney-Smith and Maxi Kleber. While Doncic had his lowest-scoring game of the series – he averaged 40 in the two losses at Phoenix – Dallas had more of the balance coach Jason Kidd said was required to beat the Suns.

The Mavericks also came up big on defense. Phoenix hit just 44.7% from the field, the first time in nine postseason games it was held under 50%. The Suns also coughed up 17 turnovers, their highest figure in the playoffs this year.

Dallas made only 44.4% of its shots but committed just 8 turnovers.

The Mavericks avoided falling into a 9-0 hole at the start, the deficit they faced in each of the series’ first two games. Instead, Dallas rattled off a 19-3 spurt for a 26-16 lead on Doncic’s layup with 1:44 left in the first quarter.

The hosts held a 29-20 edge entering the second.

Meanwhile, Phoenix was its worst enemy at times. The Suns shot well but harmed themselves with turnovers. Paul committed 7 in the first half, while Dallas didn’t have a turnover until Doncic was whistled for an offensive foul on its final possession of the half.

Ahead 51-44 at halftime, the Mavericks gained more separation in the third quarter. They started the period with a 20-9 run for a 71-53 advantage at the six-minute mark on Kleber’s pullup jumper and took an 82-67 cushion into the final 12 minutes. – Rappler.com