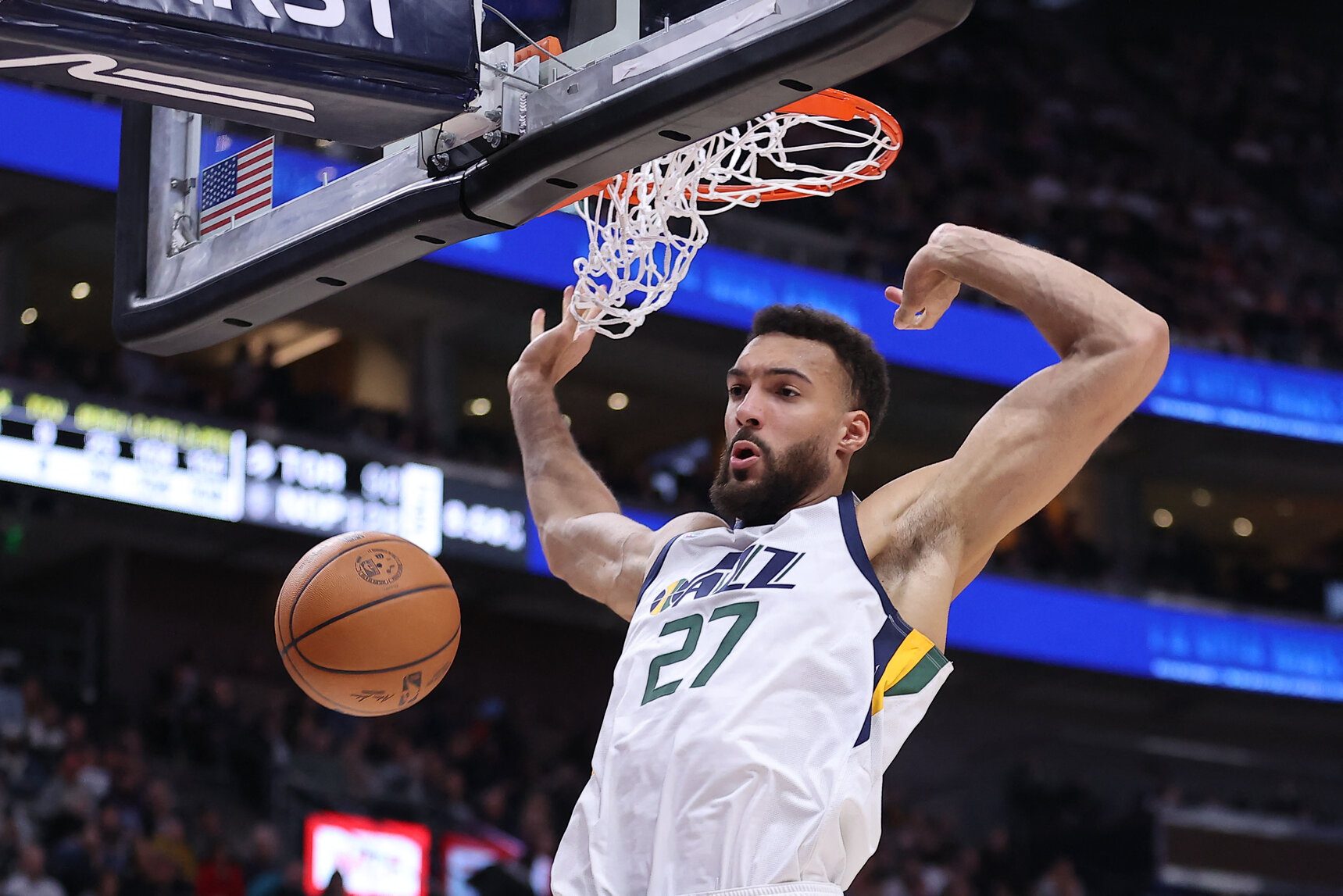 SLAM. Jazz center Rudy Gobert dunks the ball in the fourth quarter against the Rockets.

The Timberwolves will be sending their 2023, 2025 and 2027 first-round picks to the Jazz, all of which are unprotected. Utah will also receive a top-5 2029 protected pick.

Gobert averaged 15.6 points, 14.7 rebounds, and 2.1 blocks last season, and has been named an All-Star in each of the least three seasons. He has spent the entirety of his career with the Jazz after being drafted by them in the first round in 2013, appearing in 611 games (519 starts) while averaging 12.4 points and 11.7 rebounds.

The 7-foot-1 Gobert is also a three-time Defensive Player of the Year. Gobert, who turned 30 on Sunday, also led the NBA in rebounding this past season.

Beasley became a vital part of the Minnesota’s bench this past season, averaging 12.1 points and 2.9 rebounds while shooting 37.7% from three-point range.

Beverley played in 58 games (54 starts) in his lone season with the Timberwolves and averaged 9.2 points, 4.6 assists, and 4.1 rebounds.

Vanderbilt solidified his role as a starter during the 2021-22 campaign, starting 67 of the 74 games he appeared in. He averaged 6.9 points and 8.4 rebounds while shooting 58.7% from the field.

Kessler was selected with the 22nd overall pick of this year’s draft after averaging 11.4 points, 8.1 rebounds, and 4.6 blocks this past season at Auburn.

Bolmaro, a forward, is also being sent to the Jazz as part of the deal after one season with Minnesota. He played in 35 games (two starts) and averaged 1.4 points. – Rappler.com