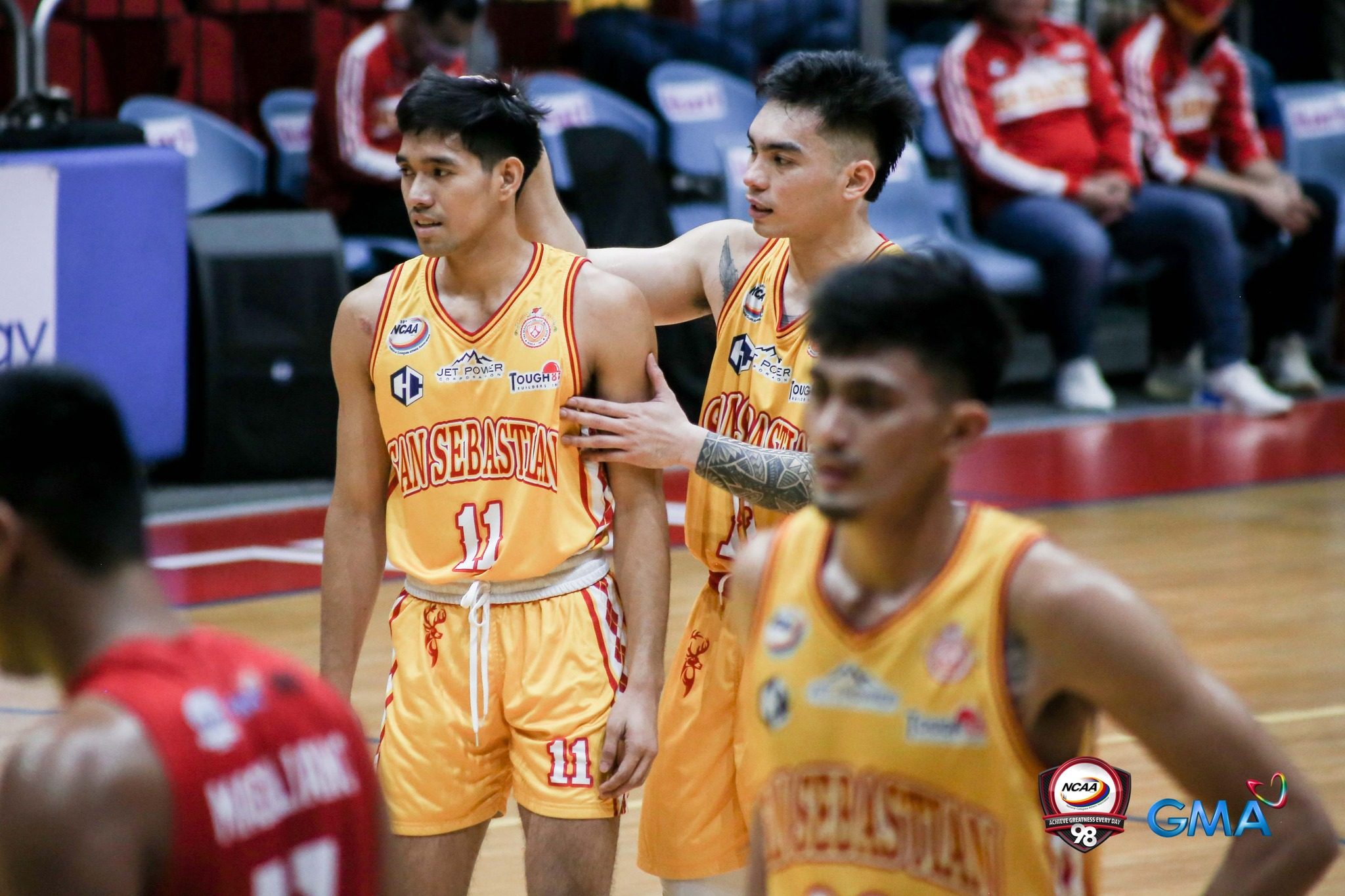 WINNING WAYS. San Sebastian ends the first round on a winning note.

Facebook Twitter Copy URL
Copied
The Stags snap their skid to wrap up their first-round campaign in the NCAA men’s basketball tournament as St. Benilde and Lyceum emerge as pacesetters

MANILA, Philippines –After four straight losses, the San Sebastian Stags ended the first round on a winning note over the Emilio Aguinaldo College Generals, 78-61, in the NCAA men’s basketball tournament on Friday, October 14 at the FilOil EcoOil Centre in San Juan City.

The Stags snapped their skid to improve their record to 3-5 while the Generals dropped all their nine assignments in the first round, where the St. Benilde Blazers (7-1) and Lyceum Pirates (7-2) emerged as pacesetters.

Alex Desoyo had 11 points, 3 assists, and a steal to led the Stags, who fended off the Generals’ comeback attempts before surging ahead with a strong second half.

(Of course our team had low morale because we lost four straight, but as coach told us, nothing is impossible because we still have the second round.)

Jessie Sumoda fired 7 of his 10 points in the fourth quarter, while Rhinwill Yambing also scored 10 for the Stags.

(We know that we’re capable to play as a team that’s why we got the win. Everyone contributed, everyone worked hard.)

JP Maguiliano led the way for EAC with 19 points while Adam Doria scored 12.