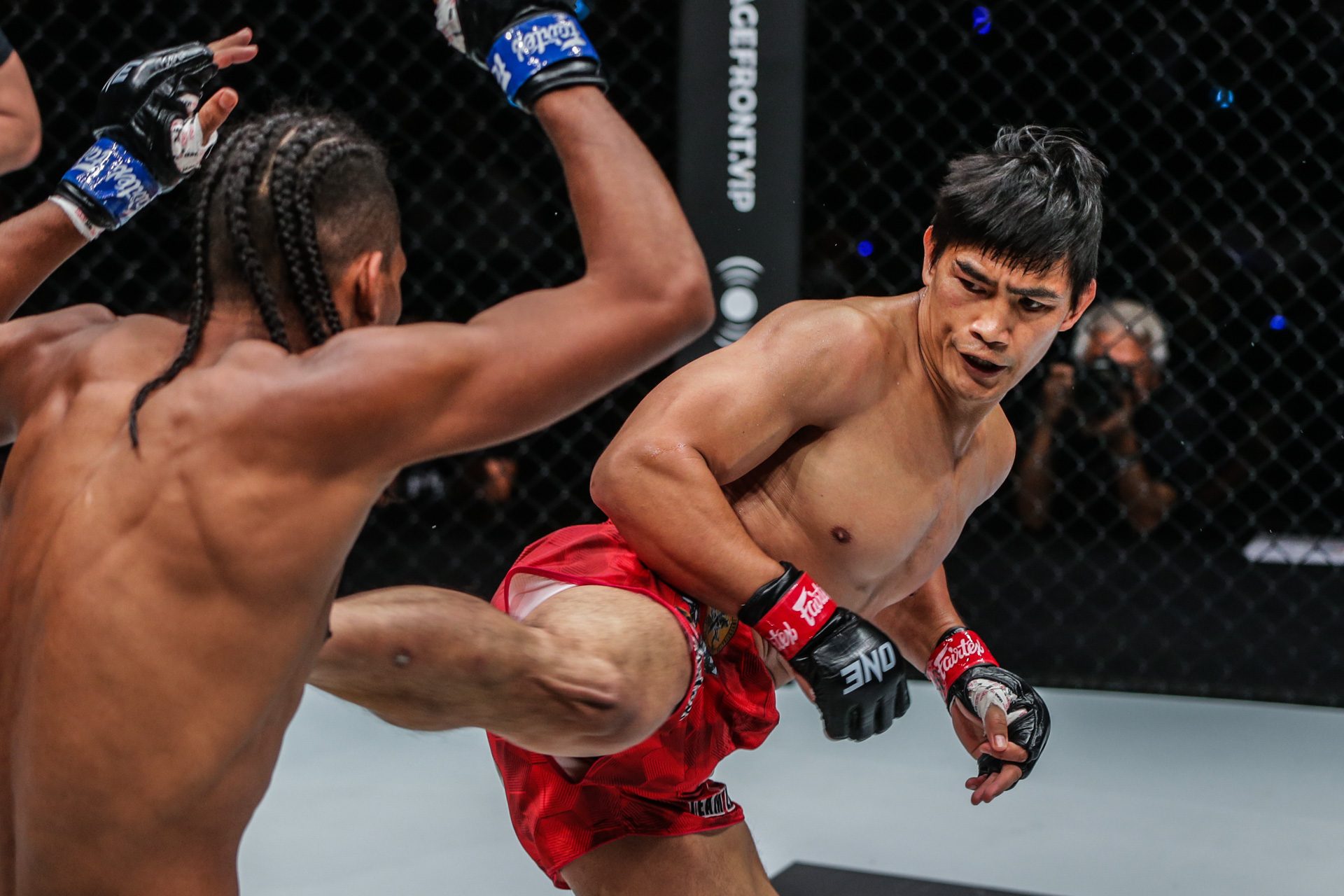 QUICK FINISH. Eduard Folayang unleashes a kick against Edson Marques in their ONE battle.

Facebook Twitter Copy URL
Copied
‘I’m not satisfied with the result… I know how a knockout feels and what’s not,’ says former champion Eduard Folayang after getting slapped with an early stoppage that spoiled his MMA redemption plan

MANILA, Philippines – It has been four years since Eduard “Landslide” Folayang won under MMA rules, so the former lightweight champion was eager to end his drought to surprise the Filipino crowd as ONE Championship finally returned to the Philippines.

And he did surprise the crowd, but in a different way.

The Filipino striker from Team Lakay was slapped with a controversial second-round TKO against Brazilian fighter Edson Marques in ONE Fight Night 5 on Saturday, December 3 at Mall of Asia Arena.

Folayang took a hit from Marques midway thru the second round, which planted his face on the canvas. The Filipino stood up immediately, but not fast enough to stop the referee from calling the bout over.

Marques cheered in the cage while Folayang, along with his corner and the audience, were left dumbfounded as the lead card wrapped up.

(For me honestly, I know I can still manage the fight. But that time, the referee probably got worried because of the way I fell.)

(It’s like when a computer shuts down, it takes time to turn it on again. But that’s not what happened, I can still remember everything.)

Folayang’s striking did enough to neutralize the size advantage of the Brazilian in the opening round. And while Marques finally showed some flashes of his reach in the following round, the Filipino champion was able to go toe-to-toe before the final blow landed.

Folayang had a glimpse of victory last March when he went to war in special muay thai rules against the veteran John Wayne Parr.

“People are entitled to their own opinion. But I love what I’m doing, and I love this sport. The decision that you’ll make is what’s convenient for you and not what other people are saying,” Folayang said. – Rappler.com