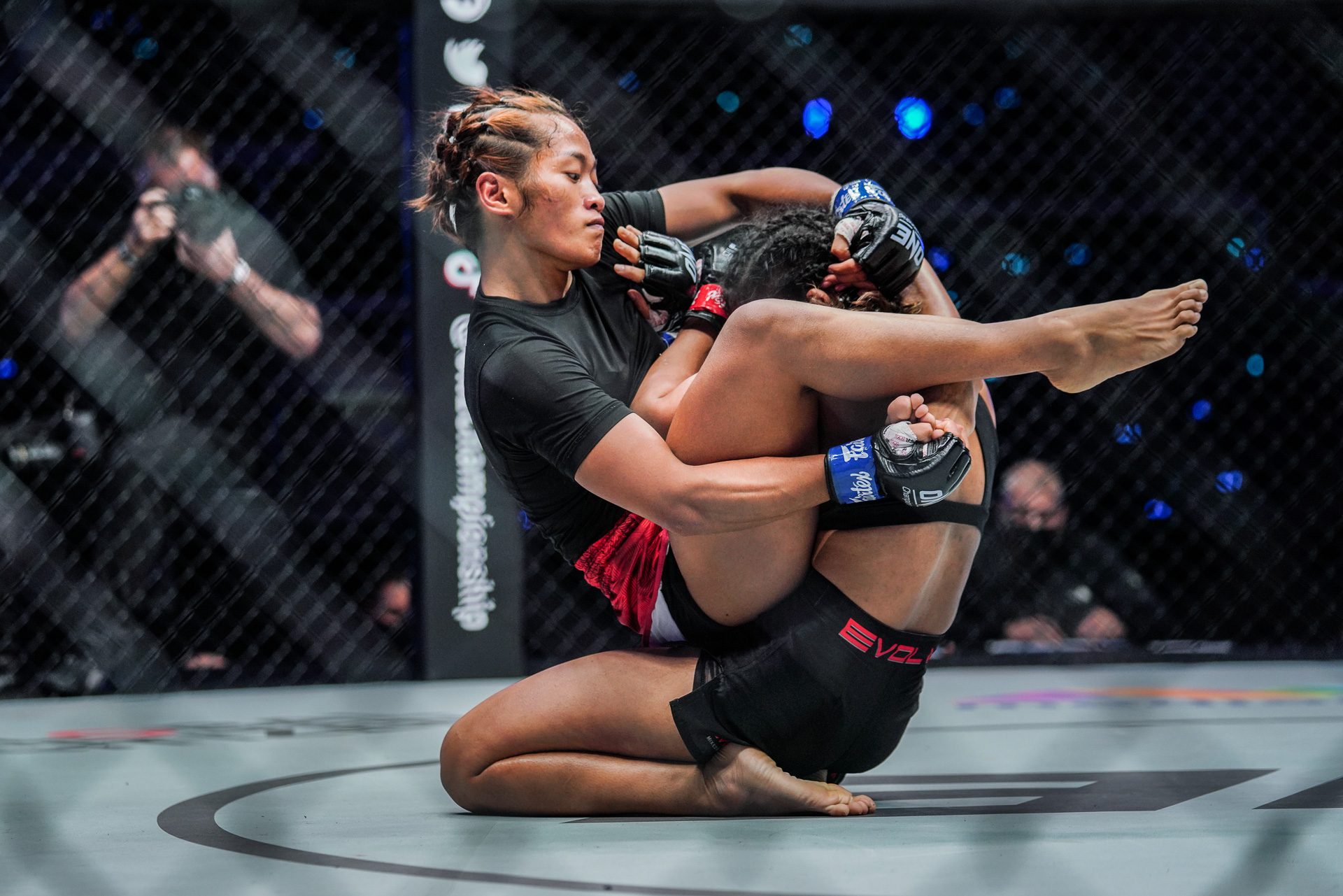 MANILA, Philippines – Jenelyn Olsim (6-3) found her way back to the winning track as she eked out a split decision victory against Brazilian fighter Julie Mezabarba (9-4-1) in ONE 158: Tawanchai vs Larsen on Friday, June 3 at Singapore Indoor Stadium.

The 25-year-old Filipina, who came from a decision loss against her last-minute foe Ritu Phogat in the semifinals of ONE Women’s Atomweight World Grand Prix last October, banked on her kicks and takedowns to cool off the fiery striking of Mezabarba.

Olsim showcased her well-rounded offense from the get-go as she went toe-to-toe against Mezabarba with her striking before shooting for a double-leg takedown midway through the first round.

More of the same happened in the second round but the Brazilian came out strong in the final minutes of the bout and landed some crisp punches, including a slick 1-2 combination that stunned Olsim.

The lone Filipina representative of the night brought the fight to the ground once more to survive the late onslaught of Mezabarba.

Olsim came from a successful stint in the 31st Southeast Asian Games in Vietnam, where she bagged a bronze medal in vovinam.

Mezabarba, on the other hand, absorbed her second straight loss after a six-fight win streak. The Brazilian folded against top contender Stamp Fairtex last October. – Rappler.com