Maliksi motivated to bounce back after scoreless game: ‘I need to contribute’ 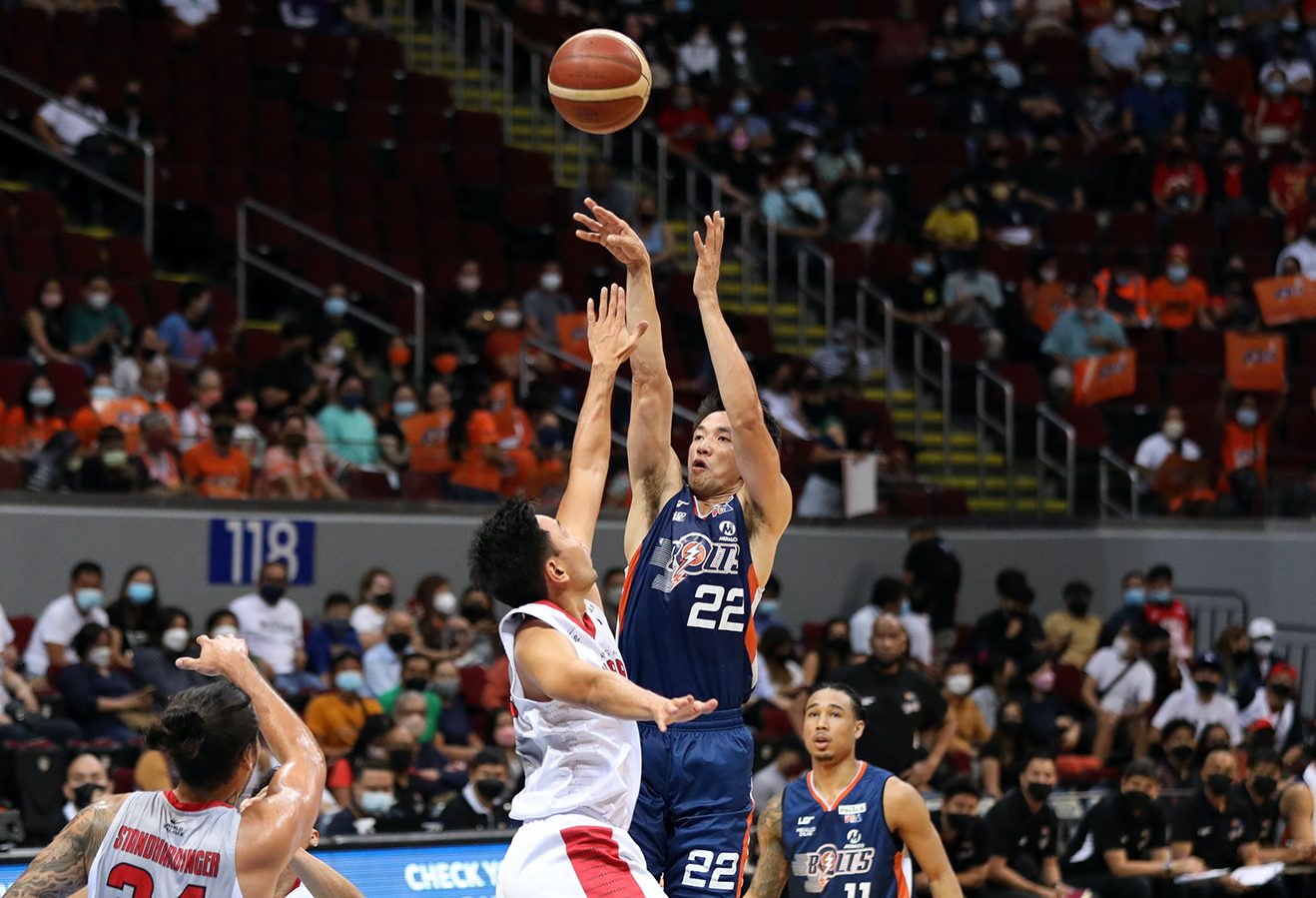 BOUNCE BACK. Allein Maliksi seeks redemption as Meralco shoots for a 2-1 lead in the PBA Governors' Cup finals.

MANILA, Philippines – It was probably no coincidence that Meralco lost a game where Allein Maliksi went scoreless.

The sweet-shooting guard highlighted the need for him to contribute after he laid a big fat egg in their 99-93 loss to Barangay Ginebra on Friday, April 8, that tied the PBA Governors’ Cup finals at 1-1.

It was the first time Maliksi failed to score since the second game of the 2019 Governors’ Cup finals, where the Bolts bowed to the Gin Kings in five games.

“Definitely, it is a hard pill to swallow for me because it was a scoreless game and it is the finals,” Maliksi said in a mix of Filipino and English.

“I’m not putting my team on my shoulder but I need to contribute.”

Maliksi was coming off back-to-back sterling performances that saw him shoot the lights out.

He delivered 24 points with 6 triples in their do-or-die semifinal game against Magnolia and churned out 22 points with 5 treys in Game 1 of the finals against Ginebra.

Meralco won both games convincingly by an average of 13 points.

But the Gin Kings made the necessary defensive adjustments to prevent Maliksi from causing the same damage as he missed all of his 7 field goals in 15 minutes of play.

“I need to help my team in other ways,” Maliksi said. “I just need to look forward to the next game because I cannot do anything about the last game. It was a bad game.”

Maliksi seeks to redeem himself as the Bolts eye a 2-1 lead in the best-of-seven series in Game 3 on Sunday at the Mall of Asia Arena.

“I need to focus my thoughts on the next game, how to bounce back, how to figure out what they’re doing to me, what I need to do to get good shots.” – Rappler.com