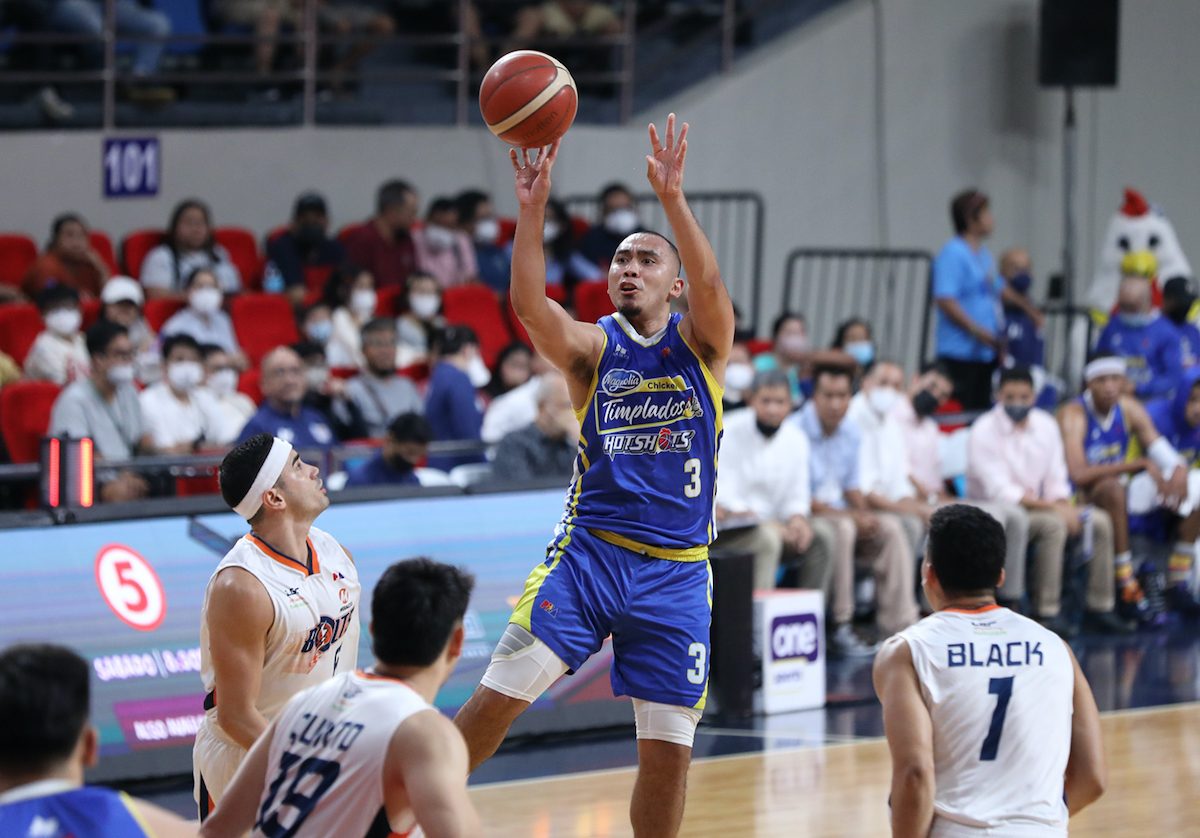 BOUNCE BACK. Paul Lee and Magnolia return to the winning column after falling prey to top seed Bay Area.

MANILA, Philippines – Paul Lee and Magnolia hung a whopping 47 points on Meralco in a blazing third-quarter display en route to a 108-96 win in the PBA Commissioner’s Cup at the PhilSports Arena on Sunday, November 27.

Lee showed the way in that third-quarter breakaway, scattering 11 of his season-high 27 points in the period as the second seed Hotshots hiked their record to 9-2 and inched closer to a twice-to-beat bonus in the quarterfinals.

Magnolia either needs to win its last elimination-round game against Rain or Shine or hope for Barangay Ginebra (7-3) to lose at least one of its last two matches against NorthPort and Converge.

Fresh from a loss to top seed Bay Area, the Hotshots vented their ire on the Bolts in that big third quarter as Magnolia outscored Meralco 47-23 in the period to swing a 46-51 deficit to a commanding 93-74 advantage.

The Bolts, though, staged a last-ditch comeback and got within 11 points, 93-104, following a three-pointer from import KJ McDaniels.

But Meralco wasted back-to-back steals in the ensuing possessions as it failed to slice its deficit to single digits before Lee scored the dagger layup with under two minutes left.

Calvin Abueva provided spark off the bench with 17 points and 5 rebounds, import Nick Rakocevic produced a double-double of 16 points and 20 rebounds, while Jio Jalalon churned out 12 points, 5 steals, and 3 assists.

Ian Sangalang and Mark Barroca made their presence felt for the Hotshots with 11 points each.

McDaniels put the Bolts on his back with 32 points, 9 rebounds, 4 assists, and 3 blocks in the loss that snapped their three-game winning streak.

Slipping to 4-6 for ninth place, Meralco has to win its last two games against NLEX and San Miguel to stay in playoff contention.

Aaron Black added 16 points and 6 rebounds for the Bolts, who badly missed the presence of Allein Maliksi and Raymond Almazan in the crucial stretches.

Incurring a technical foul in the opening frame, Maliksi got the boot in the second quarter after elbowing Lee in the face that merited a flagrant foul penalty 1.