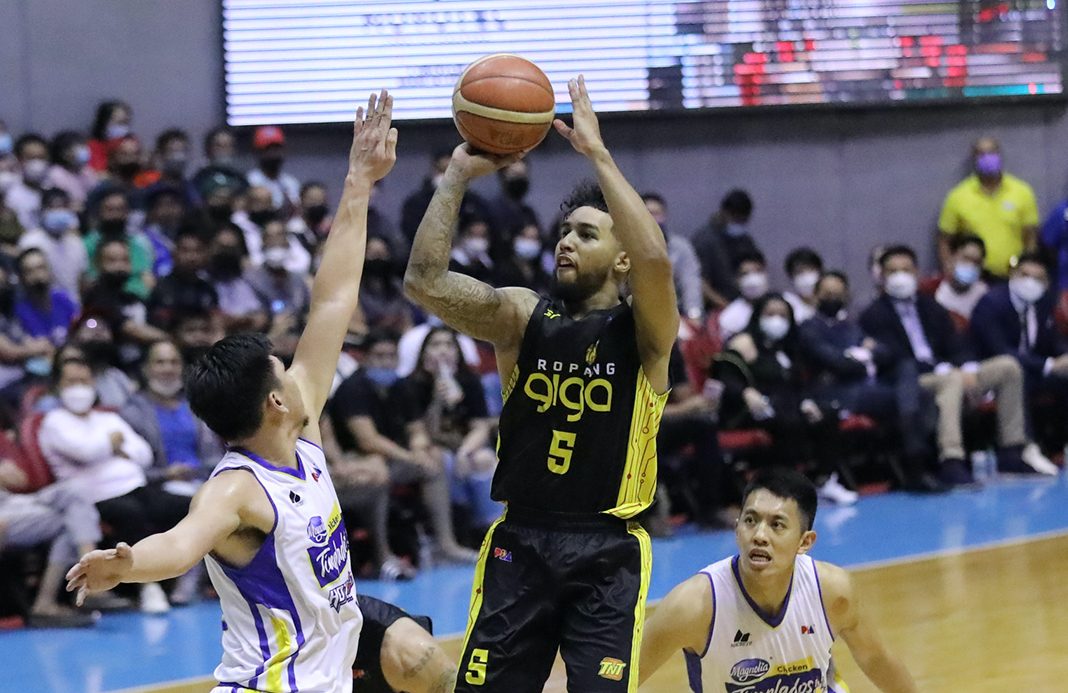 SEMIS LEAD. Mikey Williams and TNT seize the upper hand in their semifinals duel against Magnolia.

MANILA, Philippines – TNT star Mikey Williams underlined the need to be better after his rare miss nearly proved costly in a 93-92 win over Magnolia in Game 3 of their PBA Philippine Cup semifinals on Sunday, August 7.

The Filipino-American bungled a point-blank layup with a minute left that allowed the Hotshots to seize the upper hand before Jayson Castro came to the rescue for the Tropang Giga by draining the game-winning triple.

“I thought it was easy money. In my mind, I said, ‘Easy money.’ It did not bounce my way today. That is okay,” said Williams. “I got to come back stronger for Game 4.”

Williams’ layup would have given TNT a 92-88 lead going into the final minute.

Fortunately for Williams and the rest of the Tropang Giga, Castro saved the day with the go-ahead triple as the Hotshots ran out of time.

“Definitely a real relief,” Williams said. “We saw some things we need to work on and definitely a lot of things that we need to make adjustments on so we’re going to do that.”

The miss only encapsulated Williams’ offensive struggles as he got limited to just 15 points on 4-of-13 clip – his lowest scoring output in the playoffs this conference.

Prior to Game 3, the MVP runner-up last season averaged 26.7 points on a 50% shooting through their first three playoff games.

Williams also coughed up a conference-high 7 turnovers as the Hotshots’ vaunted defense made life difficult for the hot-shooting guard.

“It was not really in my favor. They were a little more tight on me and they’re sending a double, sometimes three,” Williams said.

But the 30-year-old ace made up for his shooting struggles by taking on the role of a playmaker, dishing out a conference-high 10 assists.

“I’m just taking what the defense is giving me. I got to use my teammates too. I’m not going to always score the ball. My teammates were finding good spots and I was just hitting them.”

Williams and TNT shoot for a commanding 3-1 lead when they meet Magnolia in Game 4 on Wednesday, August 10, at the Araneta Coliseum. – Rappler.com