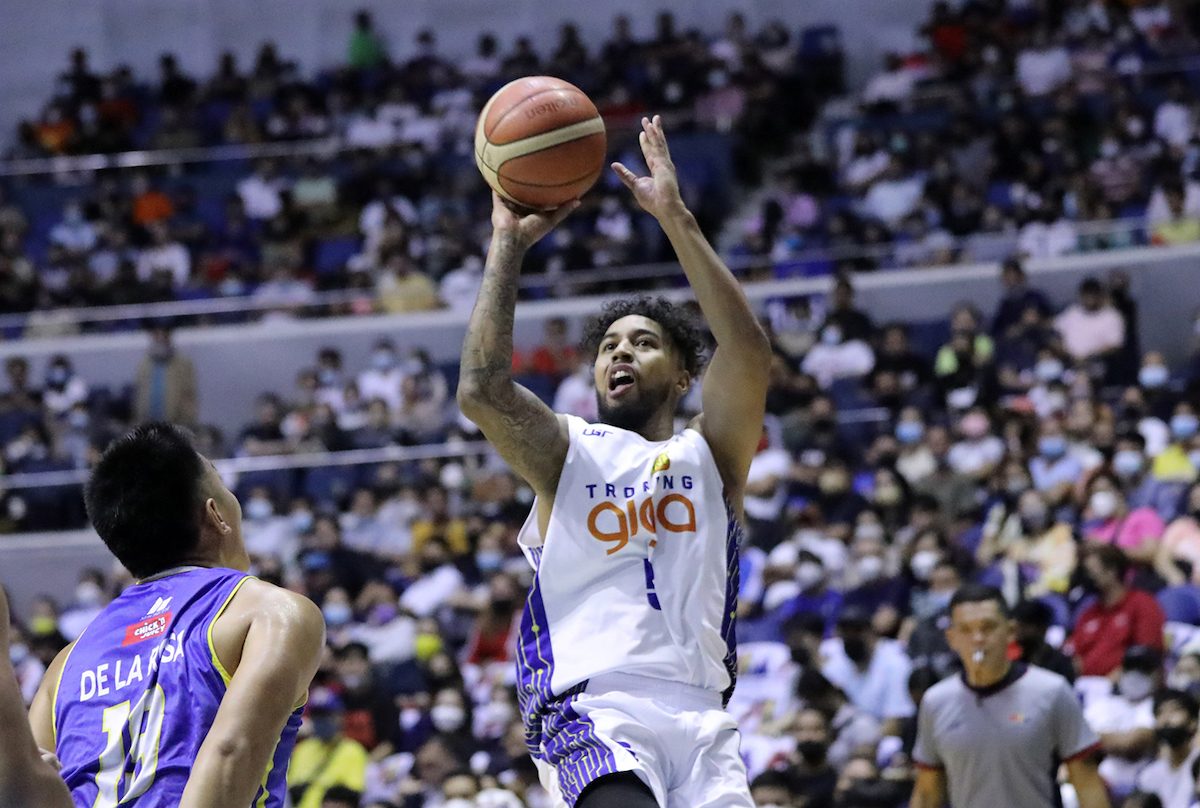 WE NOT ME. Mikey Williams has seen his scoring numbers plummet, but TNT continues to thrive.

MANILA, Philippines – Mikey Williams is the axis where the TNT offense revolves around.

But even as Williams’ scoring gets contained, the Tropang Giga continue to thrive.

Other TNT players benefit from the attention Williams draws as the defending champions moved on the cusp of a return trip to the PBA Philippine Cup finals with a commanding 3-1 lead over Magnolia.

“I think that is huge credit to the guys who continue to step forward and take up the cudgels.”

Averaging 26.7 points in his first three playoff outings, Williams saw his scoring plummet to 15 points in the last two games as the Hotshots key on him defensively.

He shot 35% from the field in Games 3 and 4, below his average of 43% in his first nine games this conference.

Still, TNT won both games to move on the verge of repeating against Magnolia – the team it beat for the All-Filipino title last season – as other players rise to the occasion, particularly big man Poy Erram.

Coming off the bench, Erram earned Best Player of the Games honors in their last two matches with averages of 20.5 points, 10.5 rebounds, 1.5 blocks, and 1.5 steals.

Those numbers increased significantly from the 9.5 points and 6 rebounds Erram normed in the first two semifinal games.

“[Magnolia is] doing an excellent job defending [Mikey], but that gives the other guys like Poy opportunities,” Reyes said.

“We just take advantage of the opportunities presented by their extra concentration on Mikey defensively.”

As the Tropang Giga shoot for the clincher in Game 5 on Friday, August 12, at the Araneta Coliseum, Reyes does not except the Hotshots to simply fold.

“They know the most difficult win to get in any series is win No. 4. So we have to be extra ready for it,” Reyes said. – Rappler.com