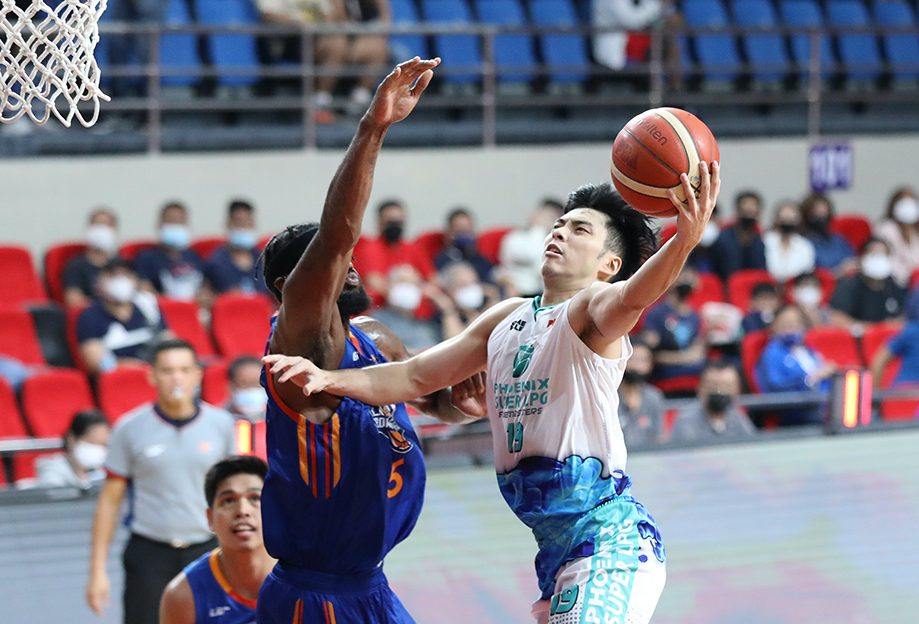 BUSINESS AS USUAL. Tyler Tio and Phoenix take care of business despite the adversities the Fuel Masters face.

Facebook Twitter Copy URL
Copied
'We just focused on what we can control as a team,' says rookie Tyler Tio as he steers Phoenix to a breakthrough win

A Batangas court issued notices of garnishments on the assets of Phoenix Petroleum, including its bond in the PBA, over unpaid debt of the company owned by Dennis Uy.

But Tio proved hardly distracted as he steered Phoenix to its first win in the Commissioners Cup, erupting for a career-high 26 points in a convincing 111-97 win over erstwhile unbeaten NLEX on Saturday, October 8.

“We just focused on what we can control as a team. And I think the outside noise, there is nothing we can do about it,” said Tio.

“As professionals, we just tell ourselves and our teammates to do our jobs and that was what we did.”

The rookie out of Ateneo showed maturity beyond his years as he took over for a Fuel Masters side that missed veterans Jason Perkins and Sean Anthony.

Resetting his previous career-high of 21 points he scored exactly a week ago against guest team Bay Area, Tio erupted for 18 points in the second half, including 8 big points in the decisive fourth quarter.

Tio also put up a career-high 7 assists as he continues to make the most out of the minutes given to him by coach Topex Robinson.

“I get it from my coaches – the confidence that the coaches give me, especially this guy, coach Topex. He has been giving me the confidence since Day 1. That is huge for a player,” Tio said.

“Sometimes, all you need is confidence and opportunity. Coach Topex gave that and I just want to repay the trust that he gave me.”

Phoenix relies on Tio for another solid game as it eyes a second straight win when it faces Justin Brownlee and Barangay Ginebra on October 14 at the Araneta Coliseum. – Rappler.com