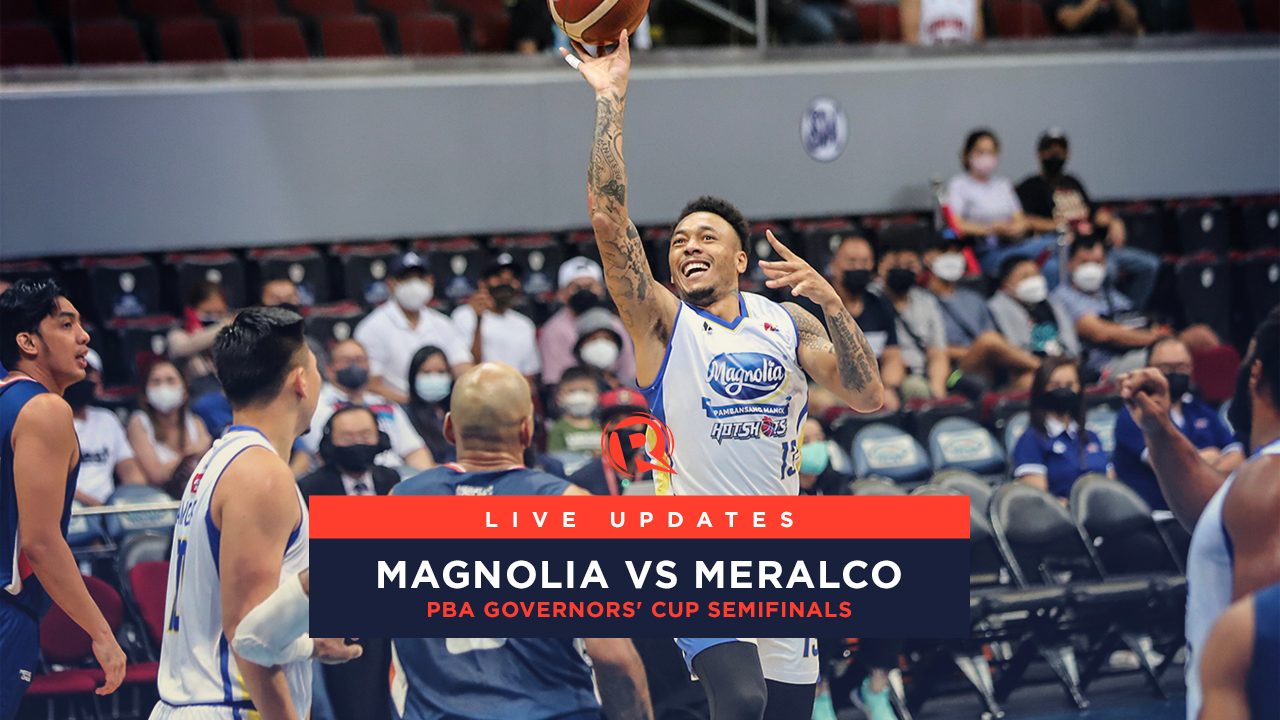 Meralco drew prolific performances from its locals to edge Magnolia for the last PBA Governors’ Cup finals berth following a 94-81 semifinal win at the Araneta Coliseum on Friday, April 1.

Will it be the first Manila Clasico finals in a quarter of a century or will it be a repeat of the last PBA Governors’ Cup championship tussle?

That will be determined as Magnolia and Meralco duke it out for the remaining Governors’ Cup finals berth in a do-or-die semifinals clash at the Araneta Coliseum on Friday, April 1.

Awaiting the victor in the championship round is Barangay Ginebra, the winner of three of the last four Governors’ Cup editions.

If ever, it will be the first time in 25 years that the Hotshots will face the Gin Kings in the finals, or since Purefoods beat Gordon’s Gin for the All-Filipino crown in 1997.

Meanwhile, the Bolts seek to set up a rematch of the 2016, 2017, and 2019 Governors’ Cup finals with longtime tormentor Ginebra.

Paul Lee and Calvin Abueva will be marked men after their resurgence in their 94-73 Game 4 win allowed Magnolia to force a decider in the best-of-five affair.

Averaging a combined 16 points in their back-to-back losses in Games 2 and 3, Lee and Abueva stepped up, finishing with 17 and 11 points, respectively, in Game 4.

On the other hand, Meralco has its fingers crossed that Chris Banchero will be able to suit up in the sudden death after sitting out the majority of Game 4 due to back spasms.