Ramon Gonzales back in ONE Championship action 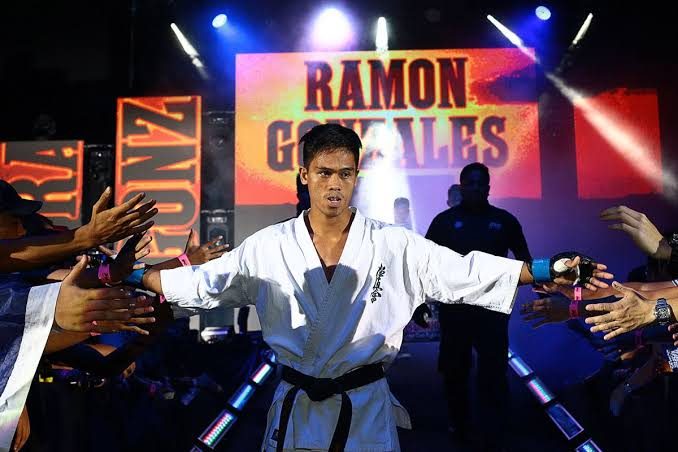 Ramon Gonzales. Photo from ONE Championship

Another Filipino will look to fly the Philippine colors high in ONE Championship as the promotion carries its momentum with ONE: Inside the Matrix II.

Filipino karateka Ramon “The Bicolano” Gonzales battles Eko Roni Saputra at the Singapore Indoor Stadium at the previously-recorded ONE: Inside the Matrix II, which airs on Friday, 6 November.

Gonzales, a three-time national kyokushin champion, hopes to return to the winning track after dropping a unanimous decision to “The Wolf of the Grasslands” Hexigetu at the ONE: Age of Dragons in November 2019.

Before he stumbled, Gonzales was on a hot streak, winning 3 consecutive bouts in decisive fashion – all by submissions in the first or second round.

A win at the Singapore Indoor Stadium this Friday would put “The Bicolano” back on course in the flyweight division. However, he needs to channel his impressive form if he wants to defeat Saputra.

Saputra has overwhelmed opponents with his world-class wrestling before finishing them off with submissions.

A win for either athlete would have them knocking on the doors of the division’s top contenders.

Abbasov snagged gold last year when he beat Zebastian “The Bandit” Kadestam in an exciting back and forth match, and now, he has his hands full against Nakashima, who has not lost any of his 12 bouts.